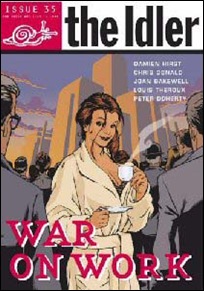 Recently John Doran wrote a flattering review of The Dudespaper in the UK Arts and Entertainment website The Quietus. In it, he compared The Dudespaper to a UK magazine called The Idler:

…as befits a belief system whose central tenet is the maxim “the universe wants us to take it easy”, The Dudespaper focuses on advancing a more…sedate way of life, a bit like a frazzled, Taoist, American version of the Idler.

Now, Idler, that’s a name we here at The Dudespaper would be happy to self-apply. And in looking into the magazine more deeply and learning more about its founder, we’ve found that we’ve got a serious compadre across the Atlantic.

This here British magazine first unfolded during the early 90s, just about the time of our conflict with Sad’m and the Eye-rackies. I only mention it ’cause the US and the UK were going through a lot of the same shit, and this was the magazine for 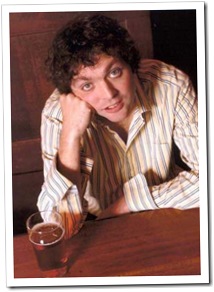 its time and place. Fit right in there.

Its founder, a fella by the name of Tom Hodgkinson intended for The Idler to follow in the footsteps of previous British publications which self-applied the same title: One was a series of essays by Samuel Johnson and his buddies around 1760, and another late 1800s publication by one Jerome K. Jerome (the handle his lovin’ parents gave him, believe it or not). Both of The Idler‘s precursors championed a relaxed sort of life, something which went quickly out of fashion during the roaring 20th century.

What’s more, during the steamrolling 1990s, with modern magazines almost uniformly informing you about how to get more money and buy stuff with it, The Idler stood out like a snoring bum. Many recongized the need for such a publication, however, and it drew a loyal following.

As their website puts it: "The intention of the magazine is to return dignity to the art of loafing, to make idling into something to aspire towards rather than reject." But it’s done more than that: the magazine has routinely ferreted out aspects of what Lin Yutang called "The Importance of Living," that is, ways to introduce more quality time into our all-too-brief lifespan. And for no extra charge, it’s funny too. 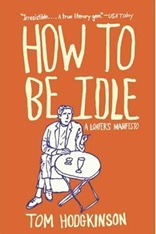 After publishing the magazine for twelve years, in 2005 Hodgkinson released How to Be Idle, a book that humorously set forth his (and his magazine’s) overarching philosophy and followed it a year later with The Freedom Manifesto, which aimed to provide practical suggestions on how to lead a more "idle" life. Both have been hugely successful, even if some critics have taken issue with his anarchistic, "back to medieval times" ethos. But let’s also not forget–let’s not forget, Dude–that many critics of The Big Lebowski, uh, didn’t exactly, uh, you know, originally at least, when the movie first came out–they weren’t regaled either. 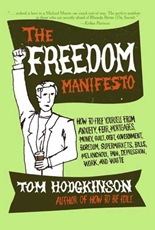 Aside from having a worldview the style of which we can really dig, we also think it’s far out that Hodgkinson is doing something he loves doing and has found a way to involve lots of friends and compeers in the endeavor. Kind of like a Dave Eggers (of McSweeney’s) for the slow lane set. Just so happens that’s what we’re trying to do here as well.

So if, as the good Mr. Doran suggests, we’re anything like The Idler, we’re proud to be placed in such esteemed company and to help mankind-of-leisure live freer and easier. Mr. Hodgkinson is hereby declared a living Dudeist Saint, a Great Dude in History for his continuing effortless efforts. Dude, we idleize you.

Note: The Idler has a section similar to Great Dudes in History called "Idle Idols." Dude minds think alike. Am I wrong?