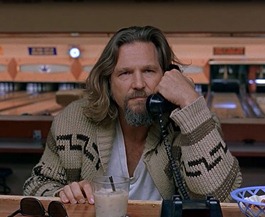 It is easy to abstractly theorize about what The Dude means for contemporary capitalistic culture, and what kind of model for behavior he gives those who struggle to abide through the pressures, demands, and resulting anxieties of the market. On occasion, however, The Dude offers a simple moment of insight and a way to immediately apply his template to everyday life.

When Mr. Lebowski goes through the ruse of hiring The Dude to make the “money” drop to “bums” who “kidnapped” his wife Bunny, who may or may not be the carpet pissers, he provides The Dude with a pager, so that he can reach him at all times. He expects The Dude to live his life according to the noises and flashes of the invasive and oppressive device. 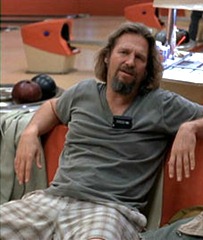 Not long after The Dude leaves the Lebowski mansion, he is at the bowling alley reporting on the new development in his life to Walter:

Dude: They gave Dude a beeper…so whenever these guys call…

Walter: What if it’s during a game?

Dude: Oh, I told them if it was during league play…

As The Dude trails off he throws his arms up and shakes his head to indicate that if page does come during league play, he won’t answer it. After the drop goes poorly, The Dude refuses to answer the cell phone that Lebowski also gave him. It is a beautiful image—The Dude sitting in a bowling alley with phone in his lap endlessly ringing. He just stares into the lane as if he doesn’t ever hear the mouth of technology screaming at him.

It is an instructive moment of Zen focus and Christ-like concentration on “taking no thought for tomorrow,” as Matthew 6:34 exhorts. 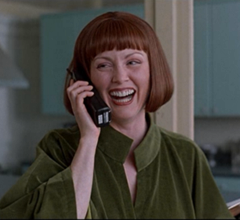 In Elsewhere, U.S.A.: How We Got From The Company Man, Family Dinners, and the Affluent Society to the Home Office, BlackBerry Moms, and Economic Anxiety, sociologist Dalton Conley describes and documents how the communicative technology that was supposed to liberate everyone from the chains of labor has actually tightened them, keeping them locked tight around Americans in their homes, on their vacations, and in their “free” time.

There may be nothing more “un-Dude” than the influence that the cell phone, with its continual improvement of the “smart” phone, has on its users’ behavior, and the lifestyle it encourages. 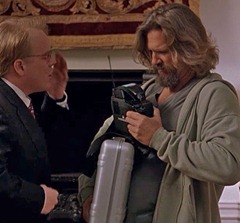 Not only are obsessive texters and twitters shackling their minds to their work, making it difficult to enjoy leisure, entertainment, and the intimate company of friends, they are perpetually removing themselves from the experiential moments of their lives. They are limiting how much of an experience they engage and absorb, and therefore, are not fully experiencing anything.

Author Fran Lebowitz, who does not own a cell phone, believes that she is the only one who experiences the streets of New York City when she stands outside her Manhattan apartment or sits on a park bench. “If you’re doing this,” she says while pantomiming a person typing into a little box on a little gadget, “that’s where you are.” “These machines allow people to not be wherever they are,” she goes on to say, “and since I have none of these machines, I’m forced to be where I am all the time.” 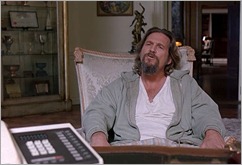 The Dude, before the ubiquity of the cell phone, before the invention of the smart phone, and before the popularization of text messaging, understood the need to avoid and ignore communicative gadgetry. The Dude wanted to be where he was, especially if it was the bowling alley during league play. 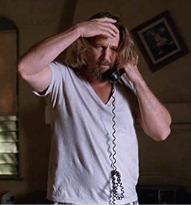 The Dude’s prioritization of the present and the physical was before his time. His example could not be more insightful, instructional, and important in an era when a culture of connectivity, in which people check in with the office multiple times a day while in Barbados, have simplistic conversations through boxes at concerts, movies, and bowling tournaments, and endanger themselves by typing on the road because they feel pressure to respond to everything immediately, represents the social norm.

“Phone’s ringing Dude,” Donny shouts to the Dude when they leave the bowling alley. “Thank you Donny,” he responds while walking away. The Dude is impervious to Lebowski’s expectation of instant 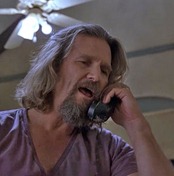 David Masciotra is the author of Working On a Dream: The Progressive Political Vision of Bruce Springsteen (Continuum Books). He is a columnist with PopMatters and regular contributor to Relevant. For more information visit www.davidmasciotra.com