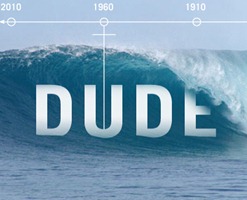 So I think it’s fair to say we all love The Dude here.  I know I do.  In fact, I should probably state what I have assumed is obvious about how I even refer to Jeff Bridges’ character versus a casual reference to the same word.

Proper nouns are capitalized, therefore when referring to the character of The Dude played by Jeff Bridges in the 1998 film The Big Lebowski I capitalize the word – "Man, The Dude was really great in that new movie Crazy Heart."

When referring to another person with the slang term/pronoun I spell the word in lowercase – "Hey dude, what’s up?"

There are also other uses of the word "dude," and I won’t go into all of the grammar rules, syntax, and semantics (even though I know my wife Liz would enjoy it), but the important thing to know is that it is not capitalized in these instances.

So….in light of all this new or old information, I’d like to show you an article on the history of the word “dude.”

It’s interesting how the meaning of words change over time and location.  This is how some dialects of the same language differ from each other.  Other than an obvious example of British vs.American English, I became very aware of this while studying Spanish.  There are some big differences between how Spain and Latin America utilize the language, and even big differences just between Latin American countries.  Another way to look at this is how different some people talk and speak English in various regions of the United States. 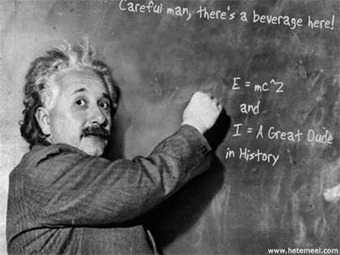 This article talks about the origins of the word going all the way back to the 1800s and pertaining to fancy styles of dress.  You know, like, "those are some fancy duds ya got there."  It then progressed to a "dude" meaning an amateur from the city trying to act like a cowboy while vacationing out West.  The word then morphed into surfer slang to describe an easy going sort of guy, and from there turned into a term for any guy by the 1980s.  Today some still insist the word "dude" refers only to a male, but the men and women at Dudeism and Dudespaper would argue this term can be applied to both male and female.

So what do you think?  How often do you use the word, "dude?"  Is this something you use every day?  Would you use this term in a formal situation?  business meeting/transaction?  or is this a term you reserve only for those laid-back interactions with close friends and acquaintances?

[Editorial We’s Note: Also check out some indepth scholarship about the History of “Dude” at our very own Dude University! Also check out “Dude” in other languages.]