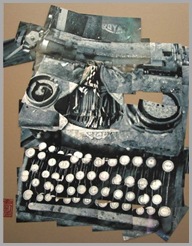 Oliver Benjamin, Editorial We-in-Chief
Founder of The Church of the Latter Day Dude and serving as its current Dudely Lama, Oliver is a journalist, editor, novelist, musician, and has dabbled extensively in pacifism. More of his dabblings can be found on his personal site.

Dwayne Eutsey, Calmtributing Editor
Dwayne is the Archdudeship of Dudeism, a role that carries considerable weight around these parts. He’s also responsible for No Frame of Reference, his regular column. He co-authored The Abide Guide with Oliver Benjamin

Crash Winfield, Leads Investigator
Crash has an extensive background in blues music, red light districts and yellow journalism. What his frequent Dudespatches lack in factual information they more than make up for in pure conjecture.

Chalupa, Dudeist Jockey
“Chalupa” is the nom de dude of the founder of the celebrated Lebowski Podcast. He lends a friendly voice to The Dudespaper through his regular column, Notes on the Cycle.

Art Schaub, Field Dudeologist
Art is a professional Field Biologist who travels extensively in order to kick back and watch animals. Dudeman Nature is his homework-in-a-plastic-baggie.

Tim Craig, Associate Professor, Dude University
Tim is one of our academic advisors, an expert on pop culture who did his graduate thesis on The Big Lebowski fan culture, among other things. His thesis can be enjoyed with coffee here.

Lisa Donald, Associate Professor, Dude University
A few years back Lisa founded an excellent site dedicated to Lebowskian philosophy. Today she has her virtual office bungalow on our metaphysical Dude University campus. Her striking thesis is rolled out here.

Andrea Miranda Atenas, Chilean Correspondent
Andrea is a music expert and designer who can speak Dudeish fluently in both English and Spanish. Tomalo con calma, Dude.

Bradley Ducak, Zen Dudeist, Canadian Correspondent
Regular contributor Bradley dabbles in Dudeism and Soto Zen, and has a third degree black belt in procrastination. He and his Pastafarian partner have two little dudes who are being raised Jedi.