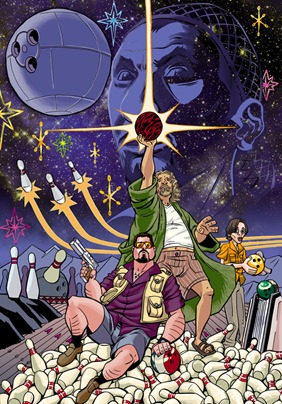 The Deuce: The Dudely Force
How to become the most powerful being in the Universe while remaining calm and relaxed.

There are people in the East who spent a lot of time studying how the Universe works, I’m talking about hundreds or thousands years, not just in their spare time. Some of them came out with the concept of Tao, Yin and Yang, and Chi. 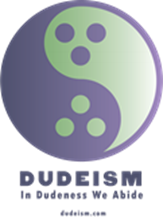 Considering the rug as an flowing field of Tao, Yin and Yang are the weaving together of different "Forces" which make up everything; you can’t have a rug without weaving. Otherwise it’s just a bunch of single threads and there literally wouldn’t be any connection.

Everything that exists only exists in terms of what it is woven together with. Light is woven with dark. Man is woven with woman. Strikes are woven with gutters. The Yin Yang (and the Dudeism) symbol represent this – each color swirls into the other, contains the seeds of the other within it. The Mirror Has Two Faces.

Chi is the universal life force or energy; and the energy that makes the weaving happen. You can also think of it in terms of bowling – without Chi, balls are just balls – that or a pair of testicles. Chi comes from the natural interaction and weaving of Yin and Yang. If you’re into the whole scientifity thing, a man called Einstein stated that everything which has a mass has also energy, that everything is really made up of waves (or weaves). Or if you’re more into some kind of Eastern thing, then you could say that everything that exists is an expression of energy, the so-called Life Force. The Tao. 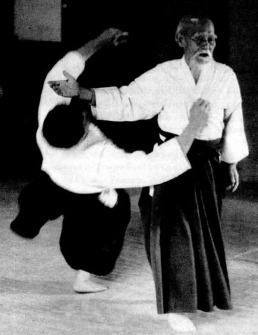 Well, put all these together, mix them all up like a good White Russian and you’ve got The Deuce. In other words, Dudeism + The Force. The Dudely Force.

Want to see a Dudeist Priest channeling the Deuce? It’s easy. Just watch a cat. Cats are the true Deuce Masters of our world. If you’ve ever had a cat as a pet you know what I mean. They stay relaxed all the time, moving only to play, to eat, to hunt and to enjoy the company of the opposite sex. Are they wrong? Isn’t this the right way to live life? Not everyone is fond of cats, and see them as fucking assholes. But if we dudes were raised to be dependent on and dominated by “owners” who took funny pictures of them all the time we might get a bit irritable and resentful from time to time as well. 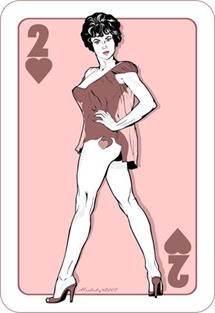 Since everything is made of, formed by and energized by The Deuce, including ourselves, what can prevent us from being the most powerful being of the universe, at least of our own private residential universe? Usually it’s only due to the fact that we forgot this simple concept and we forgot also how to use the Deuce to help tie our lives together. Obviously if we are at the center of the universe then there is nothing that cannot be acheived or abided.

So, how can we use Deuce?

First of all using Deuce is not something achievable being uptight or tensed. You must be relaxed, and if you are already the most powerful being around is there anything that can worry you? If you are able to flow in harmony with Tao like a surfer in the bosom of the Pacific ocean what can really be a problem for you? Is there really anything that can’t be abided or achieved or listened to and learned from? Obviously we are always talking about reasonable things here. Don’t try to fly, especially if you’re having an occasional acid flashback. 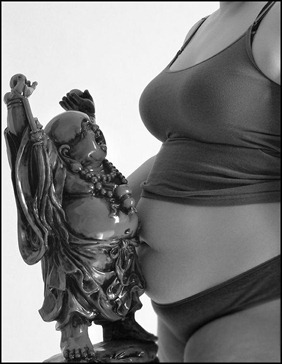 Secondly, you must awaken your Hara, or better become aware of it. This can easily be achieved by breathing calmly with your belly (moving your stomach up and down using your diaphragm to breathe and not your lungs, the way cats breathe) and listening where the breath goes. After a little practice you’ll see/feel that it goes in a specific point around your navel. That’s your Hara. Once awakened it will never sleep again. And once you become aware of it you’ll never forget. From now on you’ll see you’ll become more centered, relaxed, and your approach to the world will begun to change. Seems strange but you’ll see for yourself, you’ll start to feel more "connected", so to speak.

Thirdly, you must keep your Hara in harmony the Deuce. This is again easily accomplished telling to yourself something like: "I always vibe in accordance to the Deuce", or "I’m always in harmony with the Universe". Or better each time you breath imagining that the Deuce flows in and out through your Hara. This way you become connected with your Universe and really begin to flow together like Kahlua and cream. Do it some times a day and it will easily become second nature.

The amazing thing about all this is that as soon as you start practicing you’ll see the difference. It’s hard to find the right words but really, you’ll start to feel connected, and in control. Which is perfectly natural if you are the center of your universe. 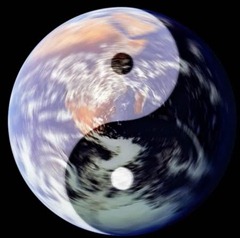 Another way to look at it is to say that the Deuce is harmony, or equilibrium, if you look at the world from a different perspective, let’s say from the moon, you’ll see that everything is in harmony. Nature is always in harmony, or in balance. Even when it’s out of harmony, it eventually returns. If humans suceed in driving the planet into a telephone pole, the planet will return to harmony by making humans die face down in the muck. And then it will eventually take it easy again.

Forthly, now you’ll become able to accomplish everything, healing yourself, finding your right mate, a new job, whatever you want. Be aware though that even if with practice you’ll become able to move mountains probably you won’t be anymore interested in doing it. With Deuce usually you’ll become also wiser, so why put all that energy into moving a mountain when you can just bowl, drive around or the usual? As 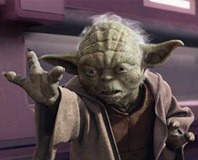 someone wiser than me once said, no true Martial Arts Master would ever enter a ring for competition. He has just won the greatest competition of all, the one with himself.

Now you are a Deuce Master! Enjoy yourself. As it’s said in the Spiderman comic book and movie: With great power comes great responsibility. Or not. As the Stranger said, what’s a hero? One can surely be an uberdude just sitting on the sofa.

Editorial We’s Note: Dig the Star Wars / Big Lebowski drawing at the top of the page? The genius who drew it, Matt Plog, has graciously allowed to use it on a tee shirt in our shop. We’ll let you know as soon as it’s ready. Also, you might enjoy these Youtube Star Wars / Lebowski mash ups: