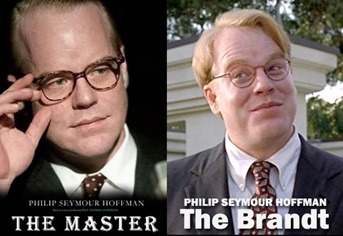 ‘The Master’ written, directed and co-produced by Paul Thomas Anderson.

Yes dudes I do occasionally watch something other than ‘The Big Lebowski’. And since the BBC’s top reviewer, Mark Kermode, recommended ‘The Master’ as his video-release recently, I thought I’d take a look. So first you gotta realize that Anderson is arthouse. It’s the sort of film where reviewers talk about ‘cinematography, facial landscapes, and depth of coloration’ and get pissed if they have to watch the digital version rather than see it in 70mm (whatever that is). So if you want a film that does the thinking for you, forget this little puppy, it’s what you might call ‘open’.

The bare bones is that you have a lost, half-mad outsider taken in (in both the befriending and manipulating senses) by a charismatic and somewhat volatile cult leader, 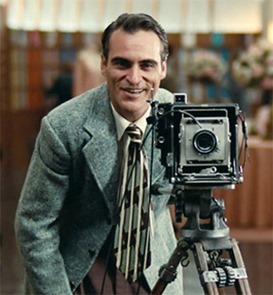 who happens to bear a striking resemblance to the founder of Scientology. We are presented with some real interestin’ shit but given almost no guidance on how to make sense of it. And that makes the convincing madness, written on Freddie Sutton’s face (played by Joaquin Phoenix) and mumbled in his half-incomprehensible dialogue all the more disturbing. In fact the overall vibe is so unsettling that Lancaster Dodd (the L Ron Hubbard-esque ‘master’ ) becomes almost a point of comfort and cohesion. The leading cult followers are way more creepy than the unmoved mover himself. Any redeeming qualities that Dodd possesses such as his Captain Beefheart like spirit of original, go-anywhere enquiry, his charisma and even a certain sense of loyalty and goodwill towards humanity – well heck, none of that shit is present in his self-serving, manipulative wife (Peggy) or his cynical publisher (Bill White) who is just along for the bank-balance ride.

The film is an ambitious study of the almost hopeless search of a profoundly disturbed mind (I’m talking about Freddie here, the follower) to find some kind of belonging, purpose and happiness. At the same time Anderson investigates the parallel nuttiness of the outwardly successful Dodd, using the two main characters as funhouse mirrors to reflect, amplify and 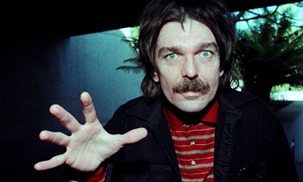 distort each-others, vulnerabilities and drives. Their relationship develops as a sort of bromantic conspiracy of lost but authentic souls who Dodd believes to be bound by a close friendship in a previous incarnation. Many questions are there to be asked, amongst them ‘who is the craziest, the high-functioning, successful and socially adept Dodd, who actually seems to swallow his own shit, or the hapless, misfit Freddie who only ever believes as the price for belonging?’

Once Freddie becomes involved in ‘The Cause’ the ‘in or out’, ‘with us or against us’ issues start to play through. Now with something to loose Freddie also has something to defend and is happy to do whatever is necessary using one of the few tools in his limited skill-set – violence. It’s a disturbing portrayal of how followers, who feel victimized and challenged, will often resort to any form of attack to defend the ‘hive’. 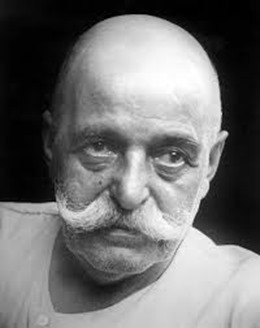 We also see the comical levels of social disinhibition that are possible once a group of people decide to reject conventional norms and put their trust in the wisdom and guidance of a single individual. In one scene all of the women present at a cultured house party are happy to entirely disrobe under the hypnotizing suggestion of ‘the Master’. If this seems implausible it closely follows an actual event where mystical guru George Gurdjieff travelled to the States to meet a large group of socialite admirers in the 1920s. On route for New York, Gurdjieff, who spoke limited English, asked his helper Fritz Peters to teach him every obscene word and expression he could think of. At the ensuing dinner party Gurdjieff laced his conversation with his newly acquired vocabulary as an experiment in ‘social conditioning’. Sure enough the sophisticated gathering soon turned into no holes barred full-on orgy.

The film needs these moments of absurdity to relieve the pressure. The pressure that comes from every character resisting mental implosion only by acts of will and mendacity. And god does the whole 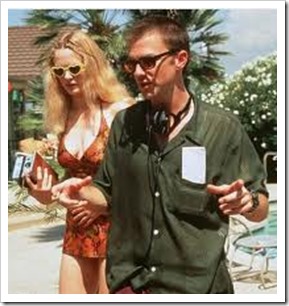 thing need to implode! The boil of toxic puss is screaming to be lanced, and ironically it is the fool Freddie who comes closest to taking that leap. He is the only character with any real courage and a grip on certain core values. But these are not moral values. What Freddie falls back on is the immediate feeling of rightness of sensory gratification, especially sex. He is, as Dodd puts it, ‘an animal’. But it is not, contrary to Dodd’s concerns, his animal nature that he needs to be rescued from. In fact it might just be his only path to salvation. There is a glimpse towards the end of the film that Freddie might be able to find a deeper connection with other people that hints at closeness and belonging through his indulgence in sensuality. He tastes the intoxicating brew that the Cause offers him and he ultimately chooses to reject it, first finding the courage to return to his dream of romantic love and when that dissolves before him he falls back on instinct bringing him to union with the literal and archetypal feminine of corpulent girlfriend and a sand-carving that re-appears from the start of the film. 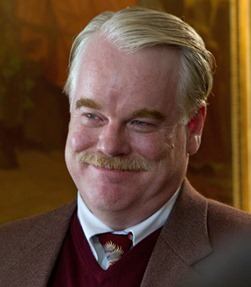 Freddie, it turns out, is a hero. Probably one of the least appealing heroes in the history of film but in spite of all his failings, truth triumphs through him over the comfort of an intricately woven lie. In the penultimate scene everything is stripped back to it’s basics. Freddie is offered love as Dodd bizarrely serenades him with the song ‘slow boat to China’. All he needs to do is to take the blue pill, to support the Master in his lie and he can have a life of ease and acceptance. The fact that, with tears in his eyes he manages to say ‘no’ is something that we perhaps we could all remember the next time someone offers us a ‘free personality test’ as we stroll down Tottenham Court Road. Or dare I suggest that the mainstream is itself a sort of cult, which we are wired in to from birth, and that we continue to believe the lie because it’s so closely knitted into who we are – but then that’s another film, so I’ll just leave the question ‘open’.

Previous Post: Flippin’ Pennies
Next Post: A Letter to Dudeism from The International Institute of Not Doing Much