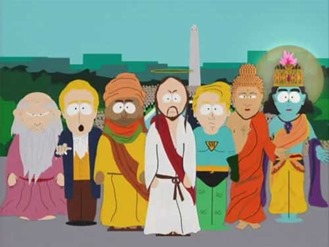 The Dude was not a Dudeist. Jesus was not a Christian, and Buddha was not a Buddhist. They are all great teachers, with a great message. The religions, Dudeism, Christianity, and Buddhism are all born out of the need for the followers of these men to communicate their message with the world.

Recently, I wrote an article about the parallels between Dudeism and Buddhism, and it got shared all over the place. Why? Because when we boil down our belief systems, we all have more in common than we do differences. Despite all the ins, outs, and what have yous, no new information has really come to light.

In fact, Dudeism has a lot in common with other religions as well, even though many people don’t take it seriously. There are some things they clearly don’t understand.

Dudeism is not a Religion

We’re all bowling in the same alley. We all roll strikes and gutters, and from time to time, we all slip over the line. We Dudes put our pants on one leg at a time (if we happen to wear pants) just like everyone else. And Dudeism, much like Buddhism, is a more of a lifestyle than a religion, allowing for many different belief systems, as long as one simply abides. In fact, Huaiyu Chen, Ph.D. and Professor at ASU outlines several reasons Buddhism is not a religion at all. The same arguments could be applied to Dudeism. 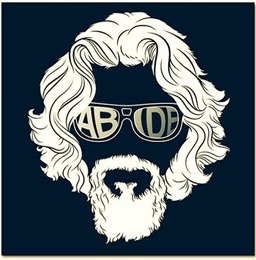 Anyone has the potential to be a Dude

Being a Dude is not about attending some kind of service on a regular basis in a specific location. Instead, it’s about a life without boundaries, centered on the now, and often with an unconventional definition of success. Dudeism existed before the Dude, it exists in some who have never even heard of the Dude, and will continue to exist even if the Dude is forgotten.

This means that anyone, even someone as uptight as Walter, has the potential to chill out and become a Dude. As Dudes ourselves, the best thing we can do is to lead by example: live our lives in a Dudelike fashion, content whether we are between careers or it’s already the 10th, and we still have to pay the rent.

This ability to chill out in any circumstances will inspire others to do the same. 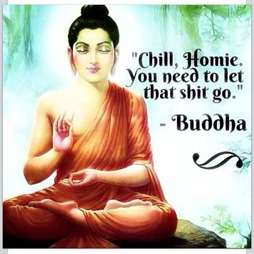 One of the primary teachings of Buddhism is that suffering is caused by attachment and ego. Attachment, like to a rug that really ties the room together, is not about not liking or not caring about the rug, but rather realizing we are all a part of everything, so since there is no separation but rather unity, there’s nothing to be attached to.

It is not until the Dude understands this, and is no longer as concerned with the rug, that he is able to embark on a path toward enlightenment. Letting go, taking it easy, takes away the cause of suffering, and results in acceptance and happiness. 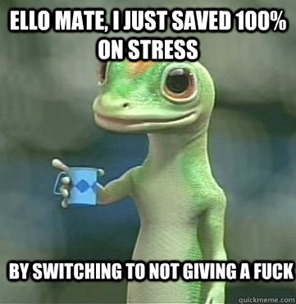 The Need of the Nihilists

This lack of attachment does not mean a Dude does not believe in anything or care about anything. We see a great deal of attachment in the nihilists, and they will go to great lengths to get what they feel they are entitled too.

But entitlement is one of the more dangerous forms of attachment, because it is not about hanging on to what you have, but an attachment to things that are not yet yours.

Dudeism does not say that life is meaningless. This is where the nihilists have an unmet need. Understanding the meaning of life is just not what other people think it is doesn’t approach the belief that life means nothing. Rather than rejecting all moral codes, the Dude just wants everyone to relax a little.

I think we can all take comfort in that.

Previous Post: When it Comes to the Existence of God or an Afterlife: Well Dude, We Just Don’t Know
Next Post: The Day of the Dude 2016 Contest