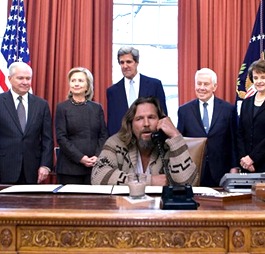 The modern-day Tea Party has had an explosive effect on our political landscape. Tea Party activists have toppled political dynasties, taking office and successfully bringing “government as usual” to a standstill. We hear – or at least they want us to hear – that they are looking out for the little guy, doing what they can to remove the burden of government from our public, private, and (probably more important) economic lives.

At least that is what their words say, but I listen to more than mere words and hear something different. From the Tea Party’s ranks, I hear a lot of frightened, angry people screaming at the top of their lungs, hoping that by expressing their feelings they can scare away the people who – by being so different from what they know and expect – scare the hell out of them. 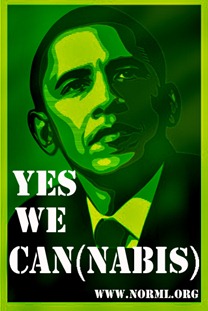 From the Tea Party’s leaders, I hear the tired but effective playing of the populist card: Whip up fear and anger among the masses, win their support to sweep you into power, and use that power to reform the world, making it safe for you to pocket as much baksheesh as possible before you either die or the next generation of self-proclaimed populists topples your dynasty.

For more than a year now I have driven around my home in Hanover County, Va., and have seen the “TEA!” signs dotting the landscape. My prankster and Dudeist sensibilities have inspired me with a way to beautify the “TEA!”-soaked landscape. Why not more signs? “TEA!” followed by “AYTCH!” and “SEE!”?

Yes, I think it is time for a new political party. A THC Party.

Why, in this era of a “Drug-Free America” do I think a stoner political movement is right for our country? 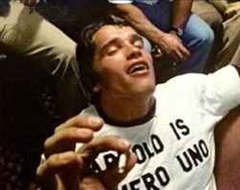 Well, stoners have an ethos.

Remember what it was like to be stoned? (For some of you, that was only five minutes ago.) You become one with the chair you fall into. As your mind soars with some trippy guitar solo by Carlos Santana, your extremities become lead as numbness spreads through your body. Then you notice your friend looks like a bug and you can’t stop laughing. Your friend, as stoned as you are, begins laughing, too. After the buzz wears off, you might not remember what you were laughing about, but you know it was funny. Frankly, who cares if you don’t remember what all the fun was about? 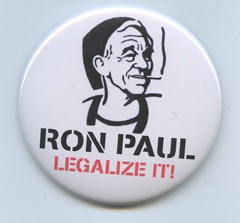 While you are stoned, you live in the moment. You focus on the good music around you, the good (and powerful) piña coladas a friend is mixing up for you, the good pizza a bemused delivery driver dropped off, and maybe even the good sex you are having (not that I was ever so lucky). Maybe you just enjoy a sunset made more spectacular by the added hallucinogen. It really doesn’t matter what it is – you celebrate what you have rather than whine about what you don’t.

How often were you at a concert when someone lit up and didn’t pass it on? I never saw that happen. Once fired, a hit is taken and the J is handed over. When it’s gone, someone else with a couple of extra pennies in their dime bag rolls another one, lights it, and shares. It’s the essence of community – an essence I don’t sense originating from the Tea Party. 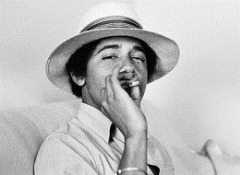 To the extent I do hear of community from the Tea Party, it is more along the lines of telling others how to live: get a job (OK, not so bad an idea); cut your hair; shave (whatever part of your body needs shaving); wear the right clothes; go to the right church; don’t have sex, but if you do, make sure it is only with someone of the opposite sex and only after you’re married to them; etc.

Stoners, who by definition don’t fit the Tea Party’s idea of a proper citizen, have better things to do than run other people’s lives. If you have a special lady friend, or a fucking lady friend, or two or three – it’s no sweat, man. If you’re not Jewish but observe the Sabbath, that’s cool. If you like to wear big

cowboy hats and drink sarsaparilla, that’s cool, too. If you’re a nihilist in black who wants to cut off someone’s johnson – well, that is a bit much. Stoners get a buzz out of life, not out of running other people’s lives.

Is there a place for non-stoners in the THC party? Well … yeah! Truth be told, I no longer partake – paranoid visions of cops busting through the door kind of spoiled the fun for me – but I still share the ethos. And it’s the ethos, not the blood concentrations of any 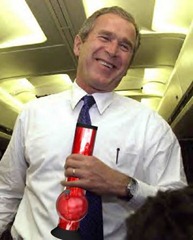 illicit chemicals, that makes you a party member.

We might not be motivated enough to actually do anything in the political arena (or any other arena), but if we live our values – set an example for others on how to enjoy life as much as we do – those other folks may find our giggling fits more fun than their shouting matches, our serenity more appealing than their terror, our Dudeist community a happier and better place to live.

So tune in, turn on, and drop whatever’s handy. And if you do modify one of those “TEA!” signs, please send me a picture.