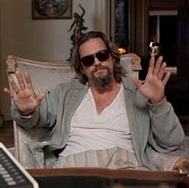 A friend of mine recently asked me on Twitter why I wasn’t along with his other socially conscious amigos, speaking up online about the Occupy Wall Street Movement. I had a good think about this and realized that sometimes there can be a disconnect between people with different methods of changing the world. I think there’s a lot of inequity in the world and that more should be done to repair that. But I don’t feel motivated to make a sign and head to downtown Oakland. Why not, and should I feel bad about that? 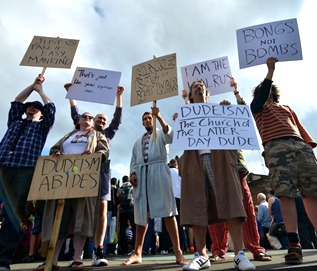 The Dude did his share of rabble-rousing, listing protesting as among his activities of bygone college days. He doesn’t say it dismissively or with remorse; clearly this is something he accepts as an important part of his youth. But it’s not something he does now. Protesting hasn’t ever really been my personal bag, and my friend’s query gave me the motivation to examine why some people don’t feel the need to participate in visible protests.

In reflecting, I realized that there are many ways to shape the world, and that Abiding Activism is something everyone can do without making a sign. I’ll use the Occupy movement as a case study, since it’s topical or-what-have-you, but really this applies to any sort of activist movement. Nobody should feel bad because they don’t want to protest in public. It doesn’t mean they don’t care; it just means they might have different methods of changing the world. Every sincere act of positive change is valid, even if some are less visible than others. 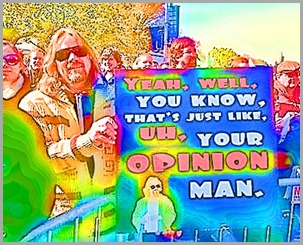 I’ve been to two protests. One was in Downtown Los Angeles and rapidly degenerated into a frightening, noisy crowd that freaked me out. I went home in a really terrible, fearful mood after being groped by invisible perverts and nearly falling over from the chaos of the march. After that I mostly stuck to e-petitions and retweeting links to raise awareness of issues I felt were important. I had a better experience when I participated in a celebration march in San Francisco the day Proposition 8 was overturned in court. That event was a lot less scary as it was well organized and full of committed couples and families with kids, holding hands with dreams of domestic bliss radiating from their faces. It was happy rather than angry, and the family nature of the event meant people were very conscientious about their actions, speech, and movements. 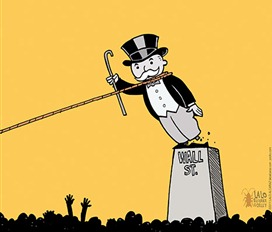 That’s the total sum of my protest experience. I’ve never had much interest in public activism, to be honest. A lot of this stems from being female. A lot of human paraquat out there still thinks that if women go out in public, then they "deserve" any negative attention they get. Being female means that I have to be much more vigilant when I’m out in public. I have to plan my wardrobe and movements so as to minimize the negative attention I am guaranteed to get. The way our culture still casually accepts that women should be blamed for their own harassment makes it hard for half of our society to feel comfortable getting out there. For example, the moment I heard that various Occupy Wall Street movements are refusing to properly report sexual assaults on their watch, I knew there wasn’t a chance in Simi Valley that I’d go near one of them. 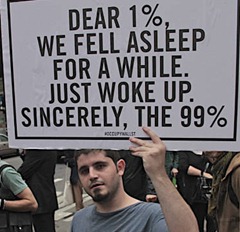 Like The Dude, I’ve mentally moved on from sitting in front of City Hall with a sign that says "I’m Pissed Off." It’s not that I’m not pissed off — I am. It’s not that high-visibility activism doesn’t serve a purpose — it does. But public protests tend to attract an overly idealistic set that I am not uncomfortable with — like the sort of people who discourage rape victims from contacting the police because Occupy organizers want their communities to be "self-contained." Rapists need to be arrested and removed from society, not given "societal reintegration counseling" in a crowded public park teeming with more potential victims. Unless protest organizers have a realistic approach, stuff like violence, theft, garbage, human waste, drugs, intoxication, and the real reactionaries that drift in are going to keep a certain number of people away. In the case of women, the barrier to participation is much higher. 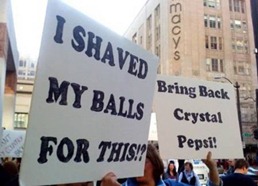 We also can’t forget that lots of people don’t participate in protests because they are just too damn busy. I’ve heard people get dismissive of this viewpoint, saying things like "then clearly those people don’t understand how much this cause matters." It’s easy for an affluent childless hipster to wonder why everybody doesn’t march their ass down to their local Occupy protest. But imagine that you are a single mom with three kids and two part-time jobs. Between diapers, homework help, and trying to pay the bills, the last thing this poor tired out mom is going to have time for is protesting, even if she would benefit most from the sort of help the Occupy movement is asking for. If you’ve got the time and resources to participate in public activism, good on you. Just don’t get the idea that those who don’t join you should be looked down on as people who don’t care. Instead, cultivate an attitude that many people don’t have the ability to speak up, and so you can communicate on their behalf. 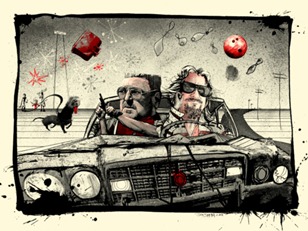 Another reason lots of people don’t feel like protesting in public is that protests, are like, angry, man. Lots of people thrive on the buzz of energy that comes off of a crowd of people motivated by a single purpose. It’s an awesome feeling to stand together that way. But a lot of people don’t dig it. They’ve got agoraphobia, claustrophobia, or maybe they’re just plain introverted. Maybe they suffer from anxiety and hearing lots of people shouting will set off a panic attack. Life can be stressful enough. For some people, venting their frustrations in the public square might be cathartic. But it just makes me feel tired and cranky. When I’m pissed off I don’t want to go on and on about it. I’d rather defuse the stress in the short term with video games and a beer while working on a long-term solution. 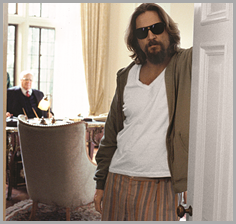 For some people, shouting about what makes them angry gives them the motivation they need to start making changes in the world. For others, it just feels like throwing a tantrum and they’d rather not waste energy. The Dude seems to fall in the latter category. When Walter throws a fit in the diner, loudly protesting his right to finish his coffee, The Dude gets up and walks away. When Walter pulls out a gun at the bowling alley, his answer is to end the game and leave. His method of protest seems to be opting out rather than forcing others to hear him. In this way, he moves around problems rather than trying to crash against them.

This brings me to what I’d like to call Abiding Activism. Though a bit hackneyed after overexposure on car bumpers, "Be the change you wish to see in the world” is just as meaningful today as when Gandhi originally said it. Without action to achieve goals, all the 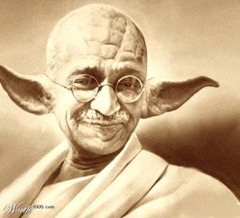 sign waving in the world won’t accomplish anything. This all should not be taken to mean that public protesting doesn’t have an important role to play. Marches, occupations, and protests create strong visual imagery and raise public awareness of the problems we face as a culture. That’s a good thing. But the point is that making your cause visible is just one piece of the puzzle. After raising your voice, you’ve got to abide with the message and follow through with quiet day-to-day action. Public activism is needed, but protestors need to remember that individuals will all have their own way of communicating and varying ability and commitment levels when it comes to the cause.

There’s a time to march under the banner, but mostly changing the world is about quiet contemplation and conscientious action. I’m sick of the corporate fatcat culture like everyone else. So I’ve started my own business as a 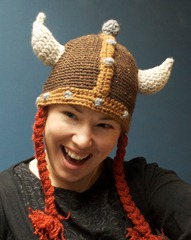 way to protest exploitative traditional employment. I can vote with my dollar by trying to avoid supporting businesses whose actions are shameful. In the same way, The Dude has abode with a lifestyle that opts out of corporate culture and debt-inducing materialism. He doesn’t talk about it — he just does it. The Dude protested in his youth, occupying various administration buildings as the Occupy Wall Street movement is doing now. And that’s important. But don’t forget to abide with the causes you hold dear, and to abide by those who have different methods of seeking a common goal. To denigrate those who “protest” in more low-key ways would be very undude indeed.

Previous Post: Our Revolution is Not Over, Dudes
Next Post: Is it Time for a THC Party?