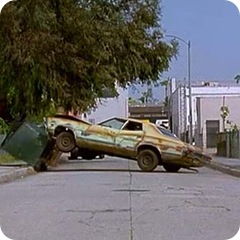 Things are slow here at St. Da Fino’s these days, which is cool because the Arch Dudeship has allowed his thinking to become too uptight lately. Lotta ins, lotta outs, lotta nihilists with cleft assholes making life exhausting for everyone. Nothing changes.

Yes, even the most devoutly casual dudes can suddenly ram the laid-back El Torino of their lives into the down-in-the-dumpster of stress.

It’s a real bummer when it happens, but you know, as the Dude says, fuck it. You can’t worry about that shit. Life goes on, and as it does it’s good to keep in mind that the karmic pattern we weave (or become entangled in) depends so much on what we think and how we act. You start out early fretting over small things like where’s the money and before you know it, man, you’re an old human paraquat in a wheelchair growling about micturating on rugs. 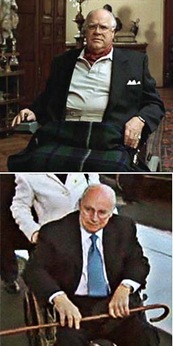 Happens all the time. Just look at Cheney.

Fortunately for Dudeists, that’s not how we roll. As it says in our Take It Easy Manifesto, we happen to know there’s an exit you can take off the uptight way, one that merges with a slower, scenic road where you can loosen your load and just take it easy.

That off-ramp, of course, is something we call abiding.

Now, “abiding”. That’s a word we Dudeists self-apply all the time but what the fuck are we talking about when we say it? It’s kind of like “nirvana” for our Hindu and Buddhist compeers…does that old Sanskrit word mean enlightenment? Nothingness? A now-cliched grunge band? Lost my train of thought? All of the above? Even more importantly, once we wrap it all up and understand what we mean by abiding, how do we find this sometimes elusive pathway to takin’ ‘er easy?

This is our concern, dudes. Because abiding is so important to the Dudeist ethos (not to mention to world mental health in general), it’s something I want to explore in this here column you’re reading and in the column’s next round-robin or two. Assuming I don’t start ramblin’ again.

It Is Some Kind of Eastern Thing?…Sort Of

As with “nirvana”, “abiding” can mean whatever the person using it wants it to mean. Not surprisingly, then, the bunch of fellahs wiser than myself that wrote the dictionary give “abide” at least three different shades of meaning: “to wait for”, “to endure without yielding”, or “to accept without objection.” 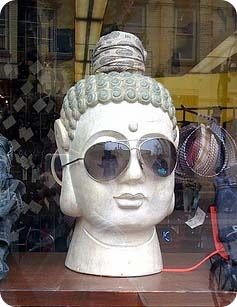 If you were to roll with the first and third meanings for what Dudeists mean by abiding, well, you’d be tossing gutterballs. Without splitting hairs here, these are both obviously very un-dudefinitions. One is about wasting the moment waiting for something that may never come; the other sounds like an emotionally fragile submission to aggression that otherwise should not stand, man.

If you roll down the middle between these two meanings and strike upon “to endure without yielding”, way to go, dude…you’re throwing rocks tonight. Based on what the boys down in St. Da Fino’s etymology lab tell me, that definition comes closest to capturing what we at the Church of the Latter-Day Dude mean by abiding.

Nihilists, of course, insist that because words have no intrinsic meaning, they can mean anything you want. Take “nirvana” again…some non-Buddhists will have you believe all this talk about letting go of your ego is like cutting your own johnson off or something. Buddhists, however, would have a different opinion, man. For them, nirvana is when the whole ego concept of our acid-flashback reality abates and we dig What Really Is. And that’s cool.

It’s the same with abiding, man. The uptight un-dude can’t understand that when a Dudeist abides, she or he is rolling with the flow of what’s real right here in one’s time and place. We enjoy the good times, don’t get hung up on the bad times, and do so without compromising what truly matters in life: being true to one’s self and to others.

What Am I Blathering About?

Let’s turn to our Sacred Source for some examples. In the parlance of The Big Lebowski, the millionaire Lebowski declares he will not abide what he imagines to be another toe severed from his trophy wife’s foot. Now, it’s innaresting that an ego-driven overachiever like him would fearfully and angrily associates “abiding” not only with helpless passivity but also with some kind of bodily disintegration (i.e., his mortality, man—lying face down in the muck, ashes in a coffee can, what-have-you). 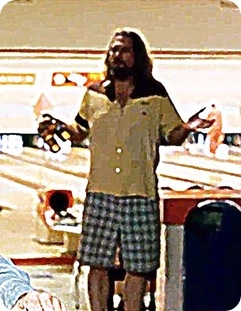 The Dude, well, for him, the experience of abiding means something different. No matter what strikes and gutters life rolls his way (the loss of money, the death of a friend, nihilists tossing a ferret between his legs in the tub), the Dude doesn’t wait for something to happen or meekly accept what happens without objection…he coolly endures it all without yielding what he values most…the Dude abides.

And we take comfort in that.

So now that we know what “abiding” means (in the parlance of our ethos), how do we go about doing it?

Well, ultimately, you have your way of abiding and I have mine, but there are some universal aspects of Dudeism’s essential practice that I plan to unfold across the sands of time in this column and the first one I want to address is music.

Music and abiding, well, they go together like kahlua and creamer.

The Dude, of course, spends much of his time takin’ ‘er easy to music, whether he’s doing a jay to whale songs in a candle-lit bathtub, grooving to CCR in the dudemobile after a probing visit to a good and thorough doctor, or savoring the sounds of a classic bowling tournament while abiding on a rug that really ties his room together.

Based on these examples, we Dudeists obviously define “music” very broadly. For us, it’s abiding to any assortment of tones and sounds that help to enhance our authenticity while takin’ ‘er easy. Remaining true to yourself is essential to abiding, which Dudeist musicologists concur is probably the source of the Dude’s animosity toward the fucking Eagles. 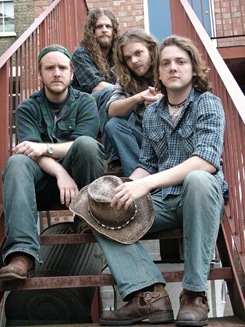 It’s like what our British compeer Luke Tuchscherer, drummer for The Whybirds (England’s “hardest working and hardest rocking band”), observes:

“The Eagles thing for me, it’s all a bit…schmaltzy. A bit fake. Pompous.”

In a word: they’re being very un-dude.

The sacred synergy between music and abiding probably dates a way back to when cavedudes gathered under the night sky, jamming together around a blazing bonfire fueled by a few hefty pounds of prehistoric yabba-dabba-doobie.

The spiritual incense from these shamanic embers have wafted down through the ages in everything from sitar music to reggae, from Gregorian chant to Jack Kerouac and jazz. It’s even been known to infuse the air of a Lebowskifest or two. 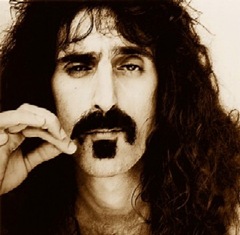 All of these musical interdudes help us to abide, shrug off a shitty day, and tune into the dude inside.

To the uptight it may seem that all this time we spend kicking back to some jams is a waste of time and shows how we’re unable to deal with what they call the real world. But as Frank Zappa showed us with his influence on Vaclav Havel and the Velvet Revolution, never doubt that a small band of abiding dudes can change the world. Indeed, it is the only thing that ever has.

Previous Post: Who Gives a Shit About the Fucking Marmot?
Next Post: The Big Lebowski: A Moral Review