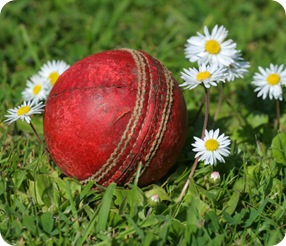 Walter Sobchak is the kind of man who can get you a toe by 3 o’clock this afternoon. With nail polish. Walter Sobchak is knowledgeable. So, if Walter Sobchak is prepared to sacrifice his beloved cricket apparel – the whites – as the ringer in a ransom hand-off (albeit so that he can keep the baksheesh), then we, the audience, cannot fail to appreciate just how important the great game is to him (at least, I think those are the rules of ransom: I know you need a hostage, uh, and that the hostage cannot be an acquaintance of the kidnappers. Anyway, let’s not get bogged down in details…)

To the layman, it is not immediately obvious that the Coen brothers’ masterpiece, The Big Lebowski, is a film about cricket, principally because they were forced to secrete this aspect to prevent the alienation of an American audience largely ignorant of the sport, finer points or otherwise. No studio is going to fund a cricket movie, man: think about it. Nevertheless, the maverick filmmakers clearly know a thing or two about the gentleman’s game. Scratch beneath the shaggy dog detective story pastiche and it’s very obviously one of the major themes of the film, the central theme, no less, something that any self-respecting Dudeist ought to be able to decipher from what they already knew to be the film’s key scene: namely, when one of the nihilists smashes the Dude’s answering machine with what the screenplay refers to as a “cricket paddle”. The fact that the Coens use this misnomer instead of the more recognized term – bat – is overwhelming evidence that the phrase is acting as a shibboleth, a secret code designed to throw non-initiates off the scent.

So it is that the centrality of cricket to the film’s ethos has been overlooked by both critics and the film’s devotees alike. Until now. So let’s have a glance at some of the film’s many cricketing observations, starting with the most learned character’s thoughts… 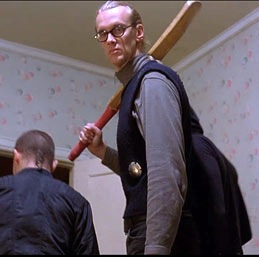 (1) THE IMPORTANCE OF ADAPTING TO CONDITIONS

Despite tending to scorn combat on parched terrain (as with his scornful dismissal of the “bunch of fig-eaters with towels on their head trying to find reverse on a Soviet tank”), Walter is obviously something of expert when it comes to playing spin on the ‘dustbowls’ of the Asian subcontinent:

“I’m talking about drawing a line in the sand…”

He realizes that the guard you take is crucial when batting on a worn pitch; you have to be flexible, moving over to off stump to combat sharply spun off-breaks and left-arm wrist spin, or, conversely, batting outside leg stump against leg-spinners and slow left-arm orthodox to ensure that one’s pads are out of the line of the stumps.

Dude, meanwhile, is clearly struggling to pick the direction of the spin – be that the offie’s doosra or the leggie’s wrong’un – and is therefore of little help in the mid-pitch conference: “A lotta ins. A lotta outs. A lotta what-have-yous. A lotta strands to keep in ol’ Duder’s head”. So, ignoring the Dude’s flustered inability to read the turn, Walter knows the best way to go against left-arm wrist-spin, what the dangers are…

He understands that, over and above the left-arm wrist spin (or ‘Chinamen’) that Dude is struggling with, the basic modus operandi against slow bowling is discipline and accumulation, fundamental pillars in the war of attrition against high-quality ‘tweakers’ and ‘twirlers’.

Walter also knows that after a gruelling tour in Asia, playing on dustbowls, there’s nothing like coming back to a good old fashioned green-top: “This was a valued rug”. (The square community would doubtless argue that preparing pitches to suit your own bowling attack is the work of “men who are unable to achieve on a level field of play: cowards, weaklings, bums”, but they can go fuck ‘emselves).

Then there’s Walter’s understanding of modern ODI and Twenty20 cricket:

You can’t be bowling no balls, especially not in the era of the free hit. Get your run-up sorted out.

“Smokey, this is not Nam. This is bowling. There are rules”

When you’re playing a league game, a game that determines who enters the next round-robin, there are certain things that have to be abided by. Frankly, the Dude, whilst applauded for his placid nature, is wrong to say “so his toe was over a little, who gives a shit”. It’s a good job Walter’s there to give a shit about the rules, otherwise people would be bowling off 19 yards… 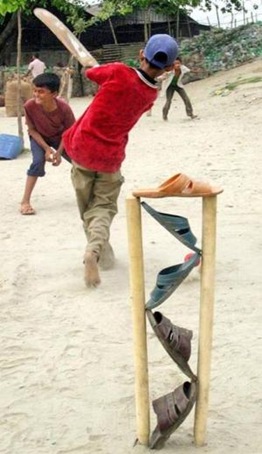 “The man in the black pyjamas, Dude. A worthy fuckin’ adversary”

More generally, Walter is clearly au fait with ODI cricket, too, and realizes that New Zealand, while much depleted of late, still possess dynamic players like McCullum, Taylor, Ryder, Bond, Oram, and Vettori and are therefore very much a force to be reckoned with in the shorter forms of the game.

The field of military theory has long overlapped with cricket. Prior to the 2005 Ashes, Australia’s coach, John Buchanan, gave his charges some reading material: Sun-Tzu’s The Art of War. Walter also learnt much from combat, principally about that old mantra of cricket coaches: Keep it simple. For, “once a plan gets too complex, everything can go wrong…” Dude comes to realize this later when his thinking about things had become “a little uptight”.

Despite the recent introduction of the Umpire Decision Review System, Walter easily possesses the attributes to become a top-flight cricket umpire, with or without technological support, since he has the intuitive grasp of the game needed to be able to read, from the batsman’s own gestures, when someone should be given out for a thin snick to the ‘keeper: “This guy fucking walks. I’ve never been more certain of anything in my life”

Walter could also help in the early diagnosis of the stress-fractured backs that afflict the game’s speedsters, since he has “seen a lot of Spinals”.

What Walter means here is that, where the MCC have previously been highly intransigent in their reluctance to allow any victorious Australian tourists to take the cherished urn home, he would adopt a (perhaps surprising) conciliatory position and accede to the demands of Cricket Australia, thus demonstrating his often overlooked statesmanlike qualities. 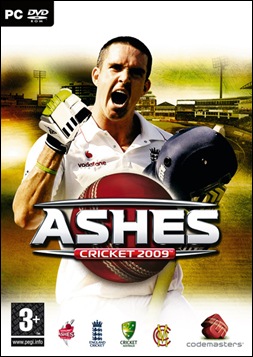 Whilst a clear advocate of professionalism in the face of bygone era of dilettante cricketers – “they’re a bunch of fucking amateurs” – Walter nevertheless refuses to lose sight of the fact that it’s not life and death:

Walter: “Oh but it is a game, you said so yourself”

I think it’s obvious from these many pearls of Sobchakian wisdom that leather-on-willow-mongers can learn much from the Big Man. But what about his teammates and the other folk they encounter in our story? Well, they are less knowledgeable, sure, but they do have the odd thing to say…

“I hate the fucking Eagles, man”

The Dude is clearly a fan of South African cricket. He may support any one of the Titans, Lions, Warriors, Cobras, or Dolphins (being a man of impeccable fairness, he probably supports them all), but he’s magnanimous enough not to let parochial issues get in the way of his support for the game’s traditions and heritage…

In direct contradiction of the black-and-white winners-and-losers philosophy of American sport, The Dude is equally excited by a hard-fought draw, which is the obvious interpretation to be made of his reaction to the hand-off. OK, they didn’t get the girl, but neither did the nihilists “get the damn money”. Here’s a man who likes his Test cricket and is “not in to the whole brevity thing” of Twenty20. 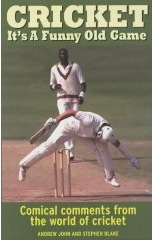 “Obviously, you’re not a golfer”

On the one hand, the Dude is making a sarcastic point to the Treehorn thug’s failure to recognize his bowling ball; on the other hand, in line with the presence in the film of cricketing knowledge, there’s also a hidden message here: batsmen, don’t play too much golf otherwise it will interfere with your technique!! You heard it from the Dude.

THEODORE DONALD KERABATSOS AND THE GAME

This is not so much an insight as an admission of affinity for the game from the third member of the team: “Donny who loved the outdoors. And bowling” was clearly someone who sent down what is known in the trade as a ‘heavy ball’, as implied in his line: “I’m throwing rocks tonight”

Despite the more obvious connotations of his name, Jesus was one of the perspicacious reformists who realized that Test matches had to cast off their languid colonial rhythms – timeless matches, having a day off in the middle of a game – and be played on 5 consecutive days, principally because Sunday was a non-working day for the paying public and could therefore increase revenue. This forward thinking is succinctly articulated when he made his representation to cricket’s ruling body: “What’s this ‘day of rest’ shit? What’s this bullshit?”

He’s also not that keen on the ‘art’ of sledging, which he regards as “bush league psych-out stuff. Laughable, man!” 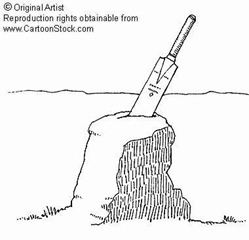 There are other instances of cricketing sagacity in the movie, which we don’t have time to go over (or invent) here, but suffice to say the true message of the film transcends cricket, and applies equally to all sports. I’m talking of course about the importance of equanimity in the face of victory and defeat, sentiments expressed in the oft-cited lines of Rudyard Kipling: “If you can meet with Triumph and Disaster / And treat those two impostors just the same”. The Stranger himself sums it up pithily: “sometimes you eat the bar and sometimes the bar, wal, he eats you”.

So, cricket’s a game of “strikes and gutters”, but, win or lose, you’ve just got to have a good sarsaparilla or a couple of oat sodas and take it easy, man.