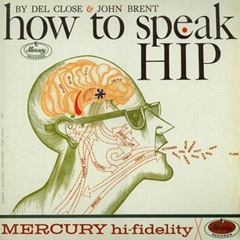 Over here at The Dudespaper, we’re all — on a personal level — really big fans of language. One of the things that make our Dudeist heroes so inspiring is their easygoing, unconventional (and sometimes inadvertent) mastery of wordplay. Not only is it fun to play with words, but it’s an important part of the Dudeist sacrament – a form of religious ritual, if you will it.

In repeatedly putting their toes over the line when it comes to the preferred nomenclature, Dudeist saints like the Coen Brothers, Mitch Hedberg and George Carlin (to name a few) show just how important it is for us to "play" with the ideas around us. If we don’t, our thinking is prone to become very uptight.

Dan Neil, a columnist for the Los Angeles times is one of our favorite commentators when it comes to parsing the parlance of our times. In his regular columns he happily guts the advertising industry, showing just how manipulative ads can be when it comes to language. However, he also sometimes praises these "Mad Men" as ushers of cultural innovation. Strikes and gutters, dude. It’s no surprise that The Church of the Latter-Day Dude has a like/hate relationship with advertising as well: We hate being maniuplated, pandered to, taken advantage of, and yelled at. But we like limber thinking. 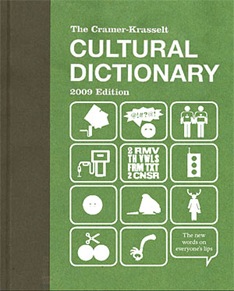 Today we were happy to learn from Neil about a "Cultural Dictionary" published for free by an ad agency angling to establish themselves as hipper-than-thou. It’s a funny, footloose, and totally free collection of interesting new shit that’s come to light across the language landscape.

You can view it here.

Interestingly, many of the entries reflect a growing drift towards the Dudeist ethos.

Here are a few examples:

Blago (n) Derived from former Illinois Governor Rod Blagojevich. An expletive used when one has ruined something horribly (e.g., an attempt to sell a vacant seat in the Senate to the highest bidder).

Goldman Sacked (v) How fired investment bankers were referred to after the downfall of many of the large banks during October 2008.

Enoughism (n) The creed that holds that we over-consume, amass far too much “stuff” that only ever provides a fleeting pleasure, and ought to cry “Enough!”.

Frugalista (n) A person who is frugal but fashionable.

Gashole (n) A person who uses unnecessarily large amounts of gasoline to move from point A to point B, typically found driving SUVs.

Gequals (n) Two people who are equal in their depth of arcane knowledge.

Precop (n) abbr. (Pre-copulation) A mutually binding agreement (usually verbal) by and between consenting adults prior to engaging in casual sex. The agreement stipulates that all involved parties are exonerated from emotional attachment, post-coital contact and any promise of future sex.

Kitchenheimer’s (n) When you’re in the kitchen going around in circles because you can’t remember what you were doing there.

Chairdrobe (n) Piling clothes on a chair to be used in place of a closet or dresser.

Leanover (n) A small-sized hangover, usually comes with merely a mild headache, a vague fatigue, and little or no sense of regret and/or shame.