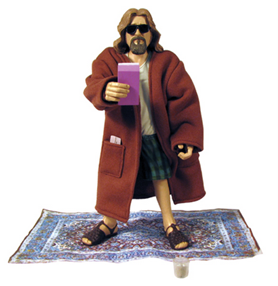 Given that a good portion of the world population has some difficulty digesting milk upon reaching adulthood ("lactose intolerance"), observing our Dudeist rituals can prove problematic. After all, our holy beverage — the White Russian, a.k.a. the Caucasian — is commonly made with cream, half-and-half, or milk. While this stuff surely makes the drink extra tasty (and vitamin- and protein-rich), it can also make many of us fart and feel like shit.

However, those without the necessary means to digest a traditional White Russian can opt for several non-dairy options:

The Asian Caucasian: Arguably healthier for you and tastes purty good too. Made with soy milk or rice milk. Some brands of soy milk taste "grassier" than others, so you might want to experiment with a few varieties. Rice milk is thinner, so won’t produce as rich of a beverage, but if you’re going to drink a lot, this might be a plus. 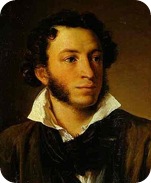 The Black Russian: If there’s both a light and dark side to the Force, why can’t there be a light and dark side to Dudeism? For those who want to get totally shitfaced, there’s no better beverage than the Black Russian. It’s one of the few cocktails in the world that contain absolutely no mixer — just fermented yeast crap-laden goodness. Plus caffeine. The good thing about a White Russian, of course, is that the creamer slows you down, forcing you to take er easy. So be careful when rolling out naked, without the whites. 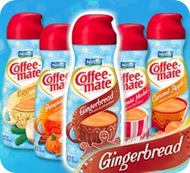 Enjoying My Coffee Mate: A White Russian made with Coffee Mate, or some other non-dairy creamer instead of milk. The Dude himself opts for this at Maude’s apartment in lieu of a liquid alternative. However, it’s bound to mix poorly and might leave white lumps floating around. A better option is the liquid version often found down at your local Ralph’s or other such supermarket chain. You should probably resist the temptation to go for one of the weird flavored varieties like "chocolate raspberry" or "tiramisu." 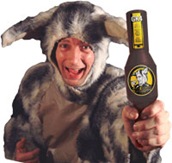 The Russian: Jeff Bridges once remarked that his favorite version of the White Russian was simply a "Russian." That is, just plain vodka. That makes us laugh to beat the band. In this case you might want to invest is a decent brand of vodka, as drinking Popov straight is bound to give you a rough day. Nevertheless, the enterprising folks over at Grey Kangaroo have provided an ingenious alcohol filter which is guaranteed by the company to inexpensively turn cheap rotgut booze into fine hangover-free elixir or your money back. Another low-cost-casian, Gary!

White Russian Dressing: There are all sorts of other variations on the theme, but getting too carried away is definitely Undude. Just because Starbucks shoves all sorts of syrups and whipped cream and goobers and other junk into your drinks doesn’t mean you should. Starbucks treats objects like women, man. The beauty of a White Russian is its simplicity. Once a cocktail 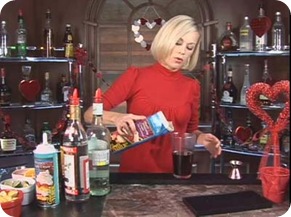 gets too complex everything can go wrong. If there’s one thing we learned in Russia…

By the way, there’s no official ratio when fashioning any variety of ‘Russian. However several sites pinpoint the ratio between Kahlua (or other coffee liqueur) and Vodka to be 3/4 oz Kahlua to 1 1/2 oz vodka. The nice thing about our "sacred sauce" is that it’s easy to fix if you fuck it up. Just add a little more of whatever. Plus, the more you screw things up, the more you’re obliged to add to it.

Now that you’ve carefully fixed yourself a beverage here, there’s a phenomenon we wanna tell you about. A phenomenon by the name of The Lactose Revolution. Smarter fellers than ourselves (genetic scientists) posit that before 4000 years ago everyone on earth was unable to properly digest milk sugar (lactose) once they hit adolescence. Then, out of the blue, an incredibly-useful genetic mutation occurred which allowed adults who carried it to digest milk and so 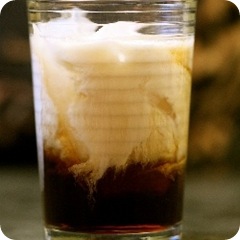 make use of cattle not only for their meat, but for their mammaries. The gene spread rapidly (as useful genes do) and the cult of the cow got well underway. Hindus even prohibited the eating of the animals in order to maximize the yield of white gold, cow teat tea.

The bad news is, all this creamy goodness didn’t make them fat and content — it turned them into fucking fascists. I’m talking about the Aryans here, dude. The same folks the Nazis were unsurprisingly so fond of. Soon after the gene spread in their population about 4000 years ago, the Aryans kicked the shit out of most everyone in India and then moved across central Asia to Russia and then Europe where — other than the Basque in Spain who still survive today — they totally wiped out most of the original folks who lived there. Why? Did milk make their bones so strong that they could withstand sword attacks? No — their sudden strength came from the fact that they could travel with their own mobile and inexhaustible grass-powered food source: mighty arrays of bovine nipple spigots. 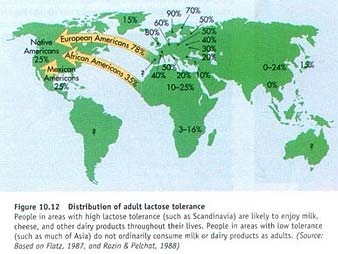 Due to this tiny genetic innovation, Aryanism has left its stamp on most of Western culture. Notice how Iran and Ireland sound the same? They both mean "Land of the Aryans". Then again, considering the fact that the gene has spread all over the globe, much of the inhabited world could be considered "Land of the Aryans." Parts, anyway. Populations in places like Japan and Korea as well as Southern Africa are largely lactose intolerant due to longstanding cultural and geographic isolation.

It’s a shame that a mutation that should have given our ancestors the ability to relax and take it easy from hunting and gathering so much should have instead made them warlike and greedy. But then, that’s the way the whole durn human tragedy keeps perpetuating itself: The more you have, the more you want. Dudeists throughout history have tried to prevent that very dangerous human tendency from getting the upper hand. However, our forebears didn’t stand a chance against the milk-fed Aryan invasions.

Still, those belligent Aryan nomads did inadvertently help spread a very useful gene around the world. Progress is often proffered at the end of a projectile. Were those ancient Aryans a worthy fucking adversary? Well, dude, we just don’t know. Lotta ins, lotta outs. Strikes and gutters. Fortunately we’re adhering to a strict White Russian regimen to keep our minds limber.

Also note: kefir (a type of yogurt) can help with lactose intolerance. Kefir-casian, anyone?