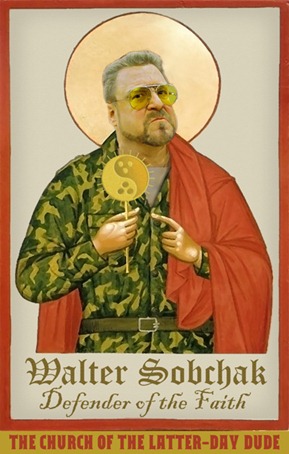 Have you ever wished you could be a little less Walter, but the human paraquats, Larry Sellerses, and nihilists of the world seem to conspire to keep your inner dude down? I have realized that my thinking about Walter and The Dude has been waaaay too uptight. It’s time to stop trying to get our inner Walter to stop making connections to ‘Nam and embrace him as the Dude embraced him, even as he was covered in the ashes of Donnie.

I have been thinking a lot about the dynamic between the dude and Walter, and by extension, Walter’s place in the Dudeist hagiography. After the first bazillion viewings of our sacred source, it appears that Walter is a cautionary tale, the straight man against which the Dude’s abiding is revealed. It leaves a dude wondering, why does The Dude keep Walter so close instead of spending more time with like minded compeers like Maude’s cab driver? Walter’s rage seems unfocused and erratic. He seems to be ranting one moment and then calmly correcting The Dude’s ethnic nomenclature the next. Now, I am convinced that Walter is something much more than that.

This new clarity really snapped into focus for me when I started listening to the Big Lebowski soundtrack as I took my morning walks. W 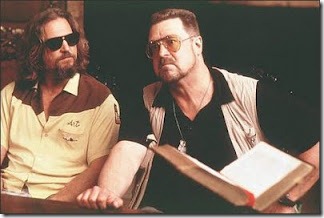 ithout the distraction of the Coen brothers’ amazing camera work, I was able to more fully appreciate the complexity of the semantic dance between Walter and The Dude. Indeed there could be no dude without Walter. If you soak up their complicated and shifting interactions, the dynamic of the yin and yang symbol is brilliantly on display. Each time the dude strays into uptight thinking, Walter soothes him and encourages him to just take it easy or points out that it’s the stress talking. The same goes for when Walter escalates. They are something more than buddies, they are symbiotic.

So what am I blathering about? For those of us who have chosen the meandering path of Dudeism, it remains a struggle to keep our minds limber in the wake of our little Lebowski spiritual a 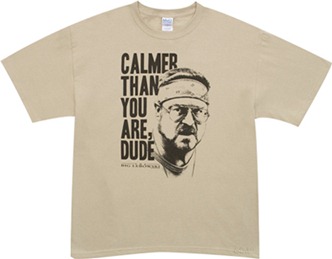 chievements (and proud we are of all of them). The lure of being a spiritual achiever is just as insidious to the ol’ Duder’s head as any material, academic, or financial goals. If you measure progress as an increasing ratio of Dude moments vs. Walter moments, as I have been tempted to do, you miss out on the Zen of Walter. 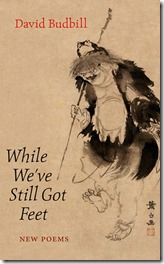 Here is a poem by David Budbill which I think perfectly articulates the dance between the Zen of Walter and the Tao of the Dude which is at play in all of us.

AHIMSA NEXT TIME MAYBE, OR, THE TAOIST MOUNTAIN RECLUSE STANDS IN HIS SUMMER GARDEN AND SAYS TO THE DEERFLY ABOUT TO BITE HIM.

"Back to the Undifferentiated Tao,
you son of a bitch!"
And he smashes the triangular fly
into the hairs of his dirty brown arm.

–From Moment to Moment by David Budbill

In the old testament, the word Satan is translated literally as “the adversary.” Instead of being enemies with God, the adversary serves as a catalyst for positive 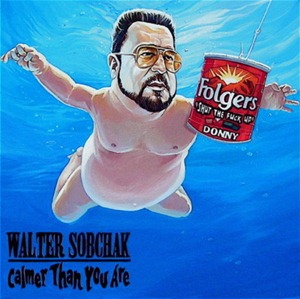 growth. Calm seas don’t make good captains, as they say, and without stress one could not overcome uptight thinking and just take it easy.

In the words of the Dude De Ching, "Reactionaries and Pacifists are abstracted from Our Basic Freedoms; Ups and downs are abstracted from the cycle." So let’s raise an oat soda to our inner Walter and take it easy on ourselves when we are more Walter than the dude. Sometimes you eat the bar and sometimes well, the bar, well, he eats you. It’s a dance, a cycle. Nothing changes.

Aaron Weintraub is the director of Kids Cooperate, facilitating social skills groups for children on the Autism Spectrum. He blogs at http://kidscooperate.com/blog