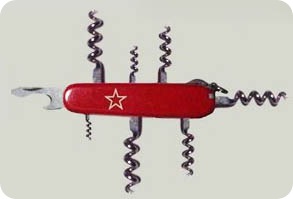 Let’s face it folks, it’s hard enough deciding what to dress like on a weekday or finding the right furnishings that really tie a room together, let alone understanding the meaning of life in our hectic modern western world. But fear not Dudes, you don’t need to stick to any strict regimens to help you keep your mind and body limber. Most likely all you really need is a couple of friends, some good burgers, a few laughs, and maybe another couple of oat sodas to see you through till the next sabbath. If that doesn’t cut it maybe just do a jay and sip on a White Russian while partaking in a relaxing bubble bath in the ambiance of your own private residence, fully in the moment, indulging your depleted alter-ego.

Or better yet: Kidnap yourself. 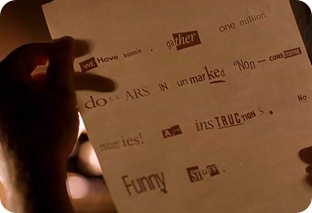 The art of “kidnapping ourselves” can seem a bit scary at first, perhaps if we are afraid to ask for what we really want as it can create a necessary means of fulfillment and become a natural and zesty enterprise. It doesn’t need to be exhausting or require that your girlfriend cut off her toe to achieve success. Unfortunately however, most likely it will require that you go and find a cash machine to get your venture started, depending on the where (in the hell exactly) you want to end up. (Hopefully not lodged against an abutment.)

Kidnapping yourself means different things for different people. For some it may mean leaving the doldrums of routine jobs and careers (which might have slowed down a bit recently) for the glamour of the bright lights of the big city — perhaps to fulfill the fantasy of becoming a porn star, or even a brother shamus. For others it may be a run through the jungle to some distant and exotic land where no one speaks your language or knows your real name. Creating a new relationship with yourself in this way provides a rare opportunity to gain perspective and it allows you the space to re-invent who you are, whether you’re thinking of becoming a garden partier, an antisocial socialist or even a fucking fascist. (At least you’ll have an ethos!) 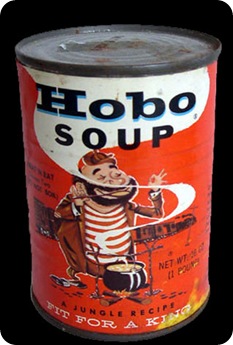 The bad news is that the art of kidnapping ourselves does involve some risk. It can mean abandoning all the supposedly “common sense” factors that others have drilled into our heads (like the dream of having a million fucking dollars in the trunk of your car.) When that little voice inside keeps telling us to embrace your dreams, we must weigh the dangers and rewards in a calm way without freaking out about it as if someone is going to cut off our Johnson. Don’t let fear give you a heart attack in the parking lot, no one is going to cut your dick off. Just remember, being a (hu)man requires the will to do what’s right no matter the consequences. Also remember that “strong men also cry.”

As a culture, we tend to admire — I don’t want to call them heroes, ‘cause what’s a hero — men for their time and place. The True Dude fits right in there, and that dude might just be you. Only problem is, what if you’re in the wrong place? You won’t know until you go there.

Just take a look at the history books… it’s full of Dudes who made a change in their lives (and the world) by heading further on down the trail. It doesn’t matter if you’re fucking flunking social studies or killing your father; that’s still no fucking reason not to follow your path. The individuals who were truly the most “successful” (in the parlance of our times) were the ones who took the biggest risks and put one jelly sandal in front of the other. They did what seemed to be outrageous acts when they first set out, but in the end they set the trend for others to follow. I’m talking about the dudes here! 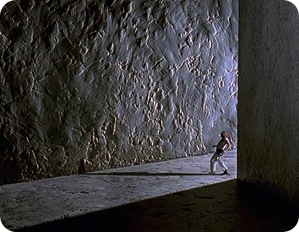 The biggest risks tend to run the emotional inter-personal gambit and the realm of re-evaluation of our lofty self image, our goals and fantasies, as well as life’s unexpected gutterballs. But even that doesn’t always mean it has to be a bummer, man. Again, my point here, dude, is, that from time to time it becomes necessary to leave our quiet little beach communities and set out on some sort of nonsense inspired adventure. Often it happens by just being open and sometimes not intending to go anywhere in the first place. For example, maybe someone offers you an unexpected job, like acting as courier, which takes you on a life changing journey, perhaps even in the heart of your own city. And in turn, it shows you a kind of world you never knew existed right there in your neighborhood (maybe near the “In and Out”?) There are many levels we must ascend to, big and small, to make it to the league finals but ultimately, our life is in our hands. 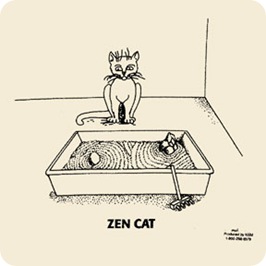 I want to say that again: “Our life is in our hands!”

Some people love to blather about how difficult they had it and how they went out and achieved anyway. But kidnapping yourself is not about achievement — it’s about figuring out who we are (the royal we, the editorial…) and allowing ourselves the freedom to learn more. It’s not some sort of Eastern thing, far from it, it’s just a necessary means of advancing and creating and digging on your own unique style.

One final key factor to Zen and the Art of Kidnapping Yourself is that once you disappear from and break your familiar routine, you just may end up out of your element. You may even lose some money in the process. Some people love to scam other people, especially if they perceive them as fragile. So let them know that their aggression will not stand. Also, though the folks at home will miss you they’ll probably love you more in absence. They may end up saying “I didn’t like the way so-in-so had to go." But sometimes you eat the bar and sometimes the bar eats you. If they forget about you altogether, then maybe they don’t dig your style. But you can’t worry about that shit…life goes on. 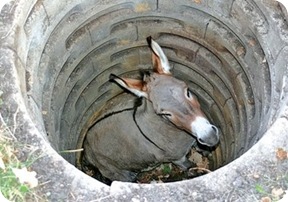 Keep in mind, to truly kidnap ourselves we must pay attention to what our dreams are telling us to confirm or disconfirm. We must not get struck by the telephone poles along the road to enlightenment or obstructed by some obscure metaphysical logjammin’, or those who would take away our basic freedom. We must be prepared to struggle through difficult situations that may at first negatively impact friendships and relationships. (You can still love someone even if they are a fucking asshole now and then.) Most likely, you will find that things can still work out pretty well for us Dudes when all is said and done.

If some day you do return home, be prepared that things change and it probably won’t be the way that it used to be. In all likelihood, it will become easier to tell who your real friends are. The ones who accept and welcome the new you are most likely the friends who would have your back when a gang of black leather Nihilists closes in.

Through it all, it’s the way in which we persevere and abide that ultimately matters most. 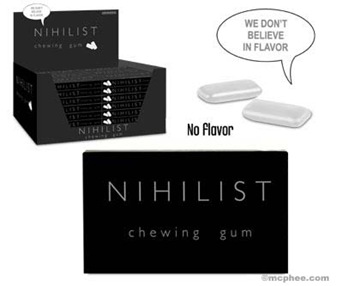 The way the story wraps up is that “living is an art.” After all, this is the way the whole durn human comedy keeps on perpetuating itself, westward the wagons, across the sands of time. No one got too far by just standing still.

Whatever it is you have to do for yourself, go out and achieve (on our own terms). Take any rug (or magic carpet) in the place in order to get you there, whether it’s pissed-on or not. Don’t be afraid to tell your uptight old self, "Catch ya further on down the trail…"