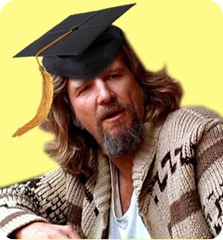 Maybe you all aren’t privy to the old shit, but The Church of the Latter-Day Dude has a University Campus on the grounds of its virtual Vatican. And we’ve been getting submissions in from all sorts of smarter fellers than ourselves.

Want to look more intellectually into the realm of the Dude? Want to put some more strands in old Duder’s head? There are plenty of ins and outs for you to chew on over at Dude University.

Check out some of our new articles:

A look into the mysterious origins of the word "Dude" – in three parts:

Material for the Study of Dude [Part 1]
By Barry Popik, David Shulman, and Gerald Cohen

More on Dude [part 3]
By Barry Popik and Gerald Cohen

Plus, we’ve got an indepth look at the Polish aspects, influences in and reception to The Big Lebowski in: 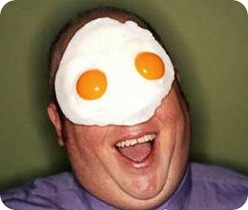 And some brilliant old favorites too:

Fans by any other name: A study of "normal" movie fans and "cult" movie fans by Timothy E. Craig

The Dude Abides: Just War Theory, Pacifism, and Dudeism in The Big Lebowski
By Richard Aucoin