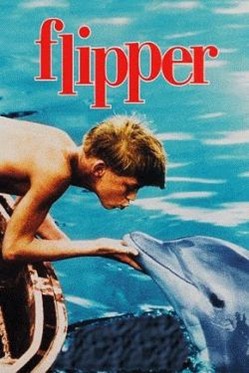 I recently watched a documentary about dolphins on the recommendation of a co-worker. I’m not someone who cares immensely about animals. I think we need to be good stewards of the planet which includes the natural resources, plants and animals, but it’s not like I align myself with PETA or anything. In fact, I think they’re all a little crazy.

A couple years ago I remember a news story about Hayden Panettiere, you’d probably recognize her from the TV show Heroes, freaking out because she failed to save a dolphin or something. I thought she was being a little over-the-top and melodramatic about the whole thing. In pictures she appeared to be crying hysterically and I just chalked this one up to another young actor thinking the world needed to care about their hopes and feelings. Here’s an article about it and an interview on Youtube.Well, it turns out she was concerned about the topic of this documentary I just watched called The Cove.

This film mainly came about because of the advocacy of one man, Richard O’Barry. Ric is probably most known for his role on Flipper back in the 1960s. He was the one who caught and trained five female Bottlenose dolphins to play the role of Flipper. In fact, the house seen on the TV show was Ric’s house, which was next to a salt water lake, where the dolphins stayed and were filmed. After years of working with and training dolphins, Ric realized these animals are

self-aware and quite possibly smarter than us humans. Every night when Flipper aired, Ric would take a long extension cord out to the dock and hookup a TV so the dolphins could watch themselves. They could recognize themselves and knew when one of the other dolphins was on screen. It wasn’t until Cathy, one of Flipper dolphins, committed suicide that Ric changed his mind about keeping these animals in captivity. Now I know “suicide” is a strong word, but this is how Ric defended it in this particular case. Dolphins and whales are part of a group of animals called cetaceans. These are mammals that live in water and include whales, dolphins and porpoises. They have to breathe to live, but aren’t automatic breathers like we are. They have to consciously take every single breath. Apparently Cathy had lost her will to live. She swam up into Ric’s arms, looked into Ric’s eyes, took one last breath, and then sank to the bottom of the tank. An animal losing the will to live? Does this really happen? When I was a kid we had some guinea pigs named Bud and Betsy. They couldn’t stand being apart from each other and after Betsy died, Bud just quit eating. I’ve heard of similar things with other pets so I know it happens.

When the National Aquarium in Baltimore, Maryland first brought in dolphins, they couldn’t keep them alive. Turns out the filtration system in the tanks were making so much noise the dolphins were dying from stress. Dolphins are auditory animals and the most sophisticated sonar we have is like Mickey Mouse wind-up toys compared to what they have. Have you ever seen captive Killer Whales and their dorsal fins that flop over? That’s an affect of them living in captivity. In the wild, dolphins travel up to 40 miles a day and live in groups, or “pods,” ranging from 15 to 100, or even 1000 members. Placing dolphins into a concrete tank under a roof with hundreds of screaming people majorly stresses them out to the point of developing ulcers, for which they receive regular medication. The whole dolphin industry is around because of the positive reaction to the show Flipper and we now have aquariums and dolphinariums all over the world where you can go see them perform. There are also many swim-with-the-dolphin programs that also utilize captive animals.

Does this seem that bad? So a few dolphins are being held captive and get stressed out while doing so. This isn’t very hard to put out of your mind after a week, day or even five minutes. Well, it’s the other part of the documentary that really shocked and concerned me. Japan is a well known violator of laws and treaties concerning whaling. They’re the only nation that still insists on hunting cetaceans, even though whales are considered endangered species. In 1986 the International Whaling Commission (IWC) banned whaling. Japan responded in 1987 by tripling the number of dolphins and porpoises it killed and started lethal research programs on large whales. Remember that story about Hayden Panetierre? She wasn’t upset about one dolphin dying of natural causes. She was upset because hundreds of dolphins were herded, trapped and killed in the small fishing village of Taiji Japan. Why would they be killing hundreds of dolphins? Well, they were labeling the meat as coming from Southern Hemisphere whales and using it in compulsory student lunches.

Mercury is the most toxic, non-radioactive element on Earth. Levels have risen 1%-3% every year since the Industrial Revolution due to the burning of fossil fuels. In 1956 mercury poisoning was discovered in Minamata Japan. The Chisso chemical factory secretly dumped toxic wastewater containing methyl mercury into the Minamata Bay and Shiranui Sea from 1932 to 1968. The pollution was absorbed by the fish and shellfish, which were then eaten by the town’s inhabitants. Every time mercury travels up one step on the food chain, its potency increases ten-fold. The safe and acceptable level of mercury for human consumption is 0.4 parts per million (ppm). Dolphin meat contains mercury levels of 2000 ppm. The reason the mercury is so concentrated is because dolphins, like humans, are on top of a food chain. Those most at risk for mercury poisoning are unborn children because they are one step up the food chain from their mothers. Minamata disease resulted in children born with severe deformities including numbness in the hands and feet, general muscle weakness, and loss of hearing, memory and eyesight. Extreme cases can include paralysis, coma, insanity and death. Remember the Mad Hatter from Alice in Wonderland? Hatters used to go crazy in Victorian England because they used mercury in their trade. If they kept at their jobs long enough, large amounts of the toxic element was absorbed into their skin. The catastrophic mercury poisoning in two separate locations in Japan make up two of the four worst pollution diseases in their nation’s history. This is what could happen again to the children of that nation.

If the health risks weren’t depressing enough, you probably do not want to hear how the fisherman of Taiji acquire the meat. Dolphins’ migratory routes have gone past this little village for centuries so it’s not like the fishermen have to go far to find them. Remember how important hearing and aural senses are for these animals? The fishermen take their boats out into the water and, by hammering on long pipes thrust into the water, make a wall of sound that drives the animals crazy. The fishermen then herd the dolphins into the bay, separate the babies from the adults, and trap them all with nets. The next day the fishermen return with dolphin trainers who pick out the best ones, which are shipped all over the world. The remaining dolphins are then moved into an isolated cove where they are systematically killed like pigs or cows in a slaughterhouse. According to the Japanese government, they even use specially designed knives/harpoons to maximize the effect and limit the time until death. That sounds humane and all, but the video captured in the documentary doesn’t exactly reflect a timely death. What struck me the most was the sound of the dolphins panicking and trying to escape slowly fading out while they were killed off and the blood filling the lagoon. I’m sorry if that sounds gross to you, but it is what it is. I hate it when people compare everything to Nazis, but it kind of sounds like a holocaust to me.

These fishermen can earn $150,000 for a live, show dolphin and $600 for a dead one. When offered the same amount of money not to kill the dolphins the response was, “It’s not a matter of money. It’s a matter of pest control.” Pest control. Does that sound a little ridiculous? It happens to be the official excuse Japan’s government has for killing the small cetaceans – they’re eating too many fish. If that were a valid reason for killing off a species, I guess that would accurately explain why so many types and varieties animals aren’t around today. A 2006 report in the journal Science predicts a total collapse of the world’s fish stocks in 40 years at this current rate of fishing. I don’t mean to sound like Al Gore here, but I can see why this kind of statement would be made.

So why does this matter to us? Well The Dude cared a lot about whales. He listened to recordings of whale sounds and whales decorated his personal checks. It’s fair to assume he got aboard the Save the Whales campaign in the 1970s. That was around the time Humpback whales were being hunted to extinction. The thing that brought about a major change in the public opinion was the recording of whale songs. This put a face, so to speak, on the animals and people realized they were worth keeping around. This documentary has put a face on dolphins for me and has inspired me to try and do something about their plight. I think we need a “Save the Dolphins” campaign.

If you’d like to get involved or learn more, the first thing I’d do is watch The Cove (2009). I acquired my copy through Netflix and you should be able to find it on Amazon, at Best Buy, or however else you find movies to watch. You can also visit their websites, http://www.thecovemovie.com/ and http://www.takepart.com/thecove.

THIS JUST IN: Jeff Bridges talks about dolphins on the Conan O’Brien show!