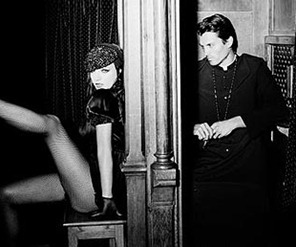 “….or how I embraced Dudeism, unwound myself and became happy..”

Yeah. So I have now officially converted my religion to Dudeism. This merits a complete post to itself containing all my fundamental realizations and changes and that’s what I aim to do now. Let me first state that I have never found more peace, contentment and happiness in whatever I may have been practicing so far.

I have gone through different stages of believing and non-believing in my lifetime. From an ignorant kid ready to believe whatever my parents told me to an outright rebel atheist in high school to a gradual transformation back to belief eventually leading to 3 years of total cult-like worship and practice of ‘authentic spirituality’, saved only by the 80-page John 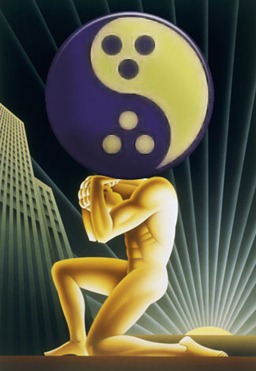 Galt speech in Atlas Shrugged to become a skeptical believer and then finally to completely understand the inherent atheistic nature of this world and man’s own need for a God. Through all this, I never felt that satisfaction or happiness in being at peace with the world even once. I tried in all places, tried to convince myself that I was already happy, performed many diverse activities, looked for meaning in every school of thought I ever came across- but all to no avail.

Life is short and complicated and nobody knows what to do about it. So don’t do anything about it. Just take it easy, man. Stop worrying so much whether you’ll make it into the finals. Kick back with some friends and some oat soda and whether you roll strikes or gutters, do your best to be true to yourself and others – that is to say, abide.

There is more truth in that quote than what appears. There are simply so many schools of thought on this planet and all of them are equally convinced their explanation of the world is the correct one and all others can, NO make that NEED TO, eat shit. Earlier I used to sharply defend whatever I believed in at that time while painstakingly point out the flaws in their line of thinking. 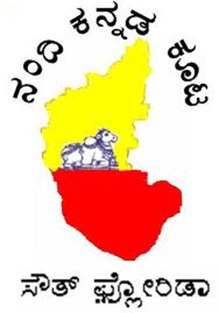 In all seriousness, life is indeed short. It is almost a crime to spend even the smallest amount of time worrying about which God is the authentic one while rendering the other Gods unauthentic by default. And as I learnt it the hard way some time back, you never know if you are going to wake up from your sleep tomorrow. So as it is said in my mother tongue, Kannada…

So what does this mean apart from me deciding not to give a fuck about religion and everything associated with it? For one, I feel different. I spent a lot of time thinking about WHY I was feeling so different. Eventually I realized something very fundamental.

All my life, every time I met somebody new, the first thing I did was to pass some judgment upon them and/or frame some kind of an opinion. As one of my ex-roomies put it,

Everyone’s a dick until proven otherwise.

Damn! Think of it. That’s pretty much how most of us look at others. Simply put, we look at everyone as a dick until they prove otherwise to us. That’s how fucked up we are. Well at least that’s how fucked up I was. And that’s really sad. And then the difference I was noticing in myself became evident.

I had simply stopped judging people. Suddenly every single person around me looked as a potential good friend to me. This could never have happened earlier. Earlier, I used to judge people on so many parameters and so easily conclude that one person is worth talking to while another isn’t. These ‘parameters’ used to include things such as taste in music, books, movies, sports, activities, age, views on religion, views on alcohol and drugs, liberal/conservative, food preference, where they studied and their level of ambition..You name it! 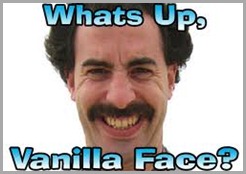 And this has helped me make so many new friends here in a place which has been tried, tested and certified by many Indians to be the “…best place to start and raise families.” Point being I was finding it extremely difficult to make new friends of my age who I can talk freely to and get drunk with. And now I have an awesome group of friends around my age and I still get drunk with people a lot older than me. 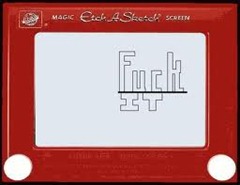 The idea of judging is not restricted to just people. Even other things like music, books, movies and the like are not spared of our judgments. There is this issue of ‘taste’ and then there is this issue of ‘elitism’. I just don’t get it. I was actually feeling ashamed and embarrassed that I liked some music, book or a movie when it was being considered as too ‘popular’, ‘cheesy’ or that it simply did not qualify for being explored because it was associated with somebody who didn’t make the cut.

There is a word I recently came across. UPTIGHT. Go look it up. D

udeism simply helped me NOT to be that. It is so damn easy to just stay in your comfort zone and not explore what’s out there. Again, life is indeed to short. You need to go out, see places and do things. And its not gonna happen if you are just too damn uptight! I was so damn uptight before, not willing to let go of some routines and lines of thinking. Now I realize I have only been imposing rules on myself- with no tangible reward.

For instance, my Saturdays and Sunday mornings were mandatorily filled with Premier League, Serie A and La Liga matches. Then one day I just said, “Ah! Fuck it!” and I found myself in Minneapolis eating an Octopus and feeling the cold air pierce my eyes while I was sliding down a snow slope in a tube at breakneck speed!

Simply put, I was just too damn uptight in my thinking. I needed to stop passing judgments on people and things. I needed to accept and acknowledge whatever I was feeling irrespective of how others viewed it. I feel some way about something? Well…Fuck it! I feel that way about that thing! End of story. I am not going to apologize for who I am and what I feel.

Dudeism has helped me get so damn relaxed and at peace with the world now. I don’t remember the last time I got upset about something. And knowing how I was before, that means I have come a long way.

And I am Happy…