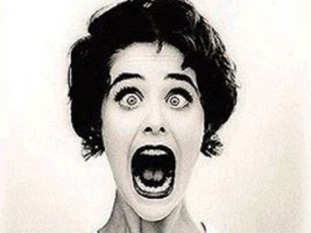 Well, have bad vibes got you down? Do you feel the weight of this hustle bustle world sitting on your head while you are trying to sleep? Many of us experience this negativity in many ways. For some of us, we become grumpy, (the kind of grumpiness one experiences when they discover the cookie jar is empty), others become even less productive, (and that says a lot for group that enjoys taking it easy). Yes, it can even penetrate deep into our enjoyment of sipping beverages.

First we must understand the bad vibes before we can Dudercize them back into the great wild energy fields from which they bloom. In the beginning every vibe starts off with the will to be accepted. Positive or negative, these vibes are caught on the winds of change and blown across this great big playground of life. Looking for a willing host to accept them and allow them to grow within the energy field each and every one of us generates by just being alive. Like the laws of nature and science, positive tends to attract positive vibes and negative tends to attractive negativity. Now positive vibes like to become one with the host and boost the natural flow that the individual has going for them whereas the negative vibe tends to be parasitic and feed off of the negative energy you create. Negative energy cannot survive on its own for long and will only remain in a host as long as there is a source of sustenance for them to feed off of. So in order to attract the good vibes we have to make sure that our temple (body), has been cleaned mentally and in good order. This is extremely important!

In order for a Dude to perform a Dudercism, she or he will need the following items.

1. A jar with a lid. Size does not matter it just has to be empty and seals when lid is engaged.

2. A mirror, for one must confront the negative vibes residing in the host

3. A beverage of your choice, preferably your favorite to wash away the taste from your mouth.

4. (Optional) A burning sacrifice, be it incense, sage, a cigarette, a left handed cigarette, a cigar, or anything else that you can smoke and still be functional. 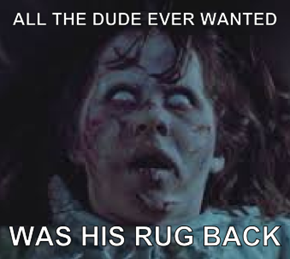 So now you are prepared to rid a host of negative vibes and you are wondering how is this going to work. Well as a monk and seer of the future I can assure you that it is much easier than most people think. The tricky part is making sure that the host actually wants to rid themselves of the negative vibes that have clung to them like oil particulates on a deep fryer cook. Some claim to want to rid themselves of these foul little devils but in fact they take comfort in the negativity that surrounds them. They have grown so accustomed to this sensation that they have allowed the nasty little vibes to worm their way into the cerebral cortex and have given them full control. The victim lives in a delusional state and may say one thing and do another during this process. When this is the case there is only so much a dude can do because, as I stated, you have to be a willing participant for this to work. As a side note a Dude can perform this on themselves without the need of audience participation.

Step one, give the host the mirror and ask them to study their eyes closely as you remove the lid from the jar and place it at their feet. When the jar is ready and the host has had time to recognize the negative thoughts streaming through their being tell them to repeat after you while looking at themselves in the mirror,

“I will abide. The power of the Dude compels me.

I will abide. The power of love guides me.

I will abide. Let me maintain my balance.

Have them repeat these four lines three times in order. At this time you may start to notice some fidgeting, sweating, convulsions, uncontrolled laughter, speaking in tongues, jimmy leg or even the head being thrown back and a brilliant ray of light shooting forth from the hosts mouth into the air above. This is all normal and should cause no worry. 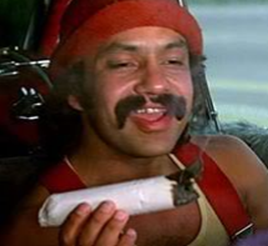 At the end of the third recital, the negative vibes will detach themselves and fall away from the host looking for a place where they will be safe. They are insecure vibes and will not deal with this traumatic experience as well as the host will. Hence the jar is there to collect them. Naturally attracted to glass receptacles, negative vibes always move downward like water finding the low spot. Allow for a count of ten, and then place the lid securely on the jar. Some people, myself included, like to have the jar labeled so no unsuspecting person opens it and is exposed to the negativity within.

The host will be thirsty at this point so now we introduce the favorite beverage. This will take their minds away from what just happened and allow them to ease into their good time. As the negative vibes leave, a vacuum is created and positive vibes will float up to replace those negative vibes that have abandoned their post. With the taste of victory on their lips, we can now have the ceremonial burning to clear the air (this of course is optional for some do not partake). The Dude will take the jar into the woods at hers or his earliest convenience and release the now docile negative vibes back into the wilderness, where they belong.