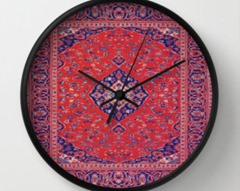 If you’re not into the whole daylight saving time (DST) thing from this past week, then obviously, you’re not a golfer.

That’s according to Michael Downing, author of Spring Forward: The Annual Madness of Daylight Saving Time. For him, when it comes to golfing and daylight saving, there is a literal connection here, dudes.

In a recent Huffington Post article, Downing includes golf courses among the sports and recreation retailers—including those from the “barbecue and home-repair sectors”—that rake in more than 1 billion bones or clams or whatever you call them with each additional month of DST. 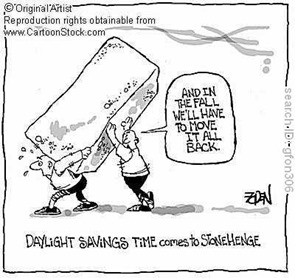 And contrary to being an energy-saving measure, as is sometimes claimed, this time warp that much of the Western world experiences each spring may even contribute to sending Americans into combat situations against members of Middle Eastern populations trying to find reverse in a Soviet tank. Downing points out that moving the clock ahead an hour actually ends up increasing our dependence on oil because longer daylight hours increases the need for driving around.

As if that’s not bad enough, studies suggest that DST change can even negatively affect our mood, create stress, contribute to accidents, and even possibly leads to a jump in heart attacks. 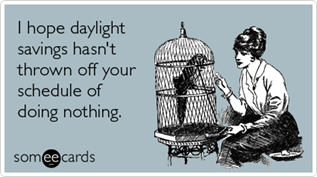 So why even do it? I mean, beyond the probability that time doesn’t even really exist at all, of course. Why deprive ourselves of an hour of precious sleep every year when, according to Downing’s nihilistic conclusion, doing so “saves us nothing”?

Although daylight saving time didn’t become a thing until World War I (when the fucking pre-Nazis adapted it as part of their ethos), it actually has a somewhat Dudely origin. Benjamin Franklin’s joking proposal that French goldbrickers stop sleeping through the sunrise is often erroneously credited as its source, but the actual originator is a fella by the name of William Willett. 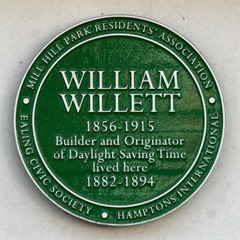 Willett apparently believed that summer evenings were not long enough for kicking back and abiding, so he wanted to add an extra hour in the morning during what he called “the best part of a summer day.” All Willett wanted was an extra hour to take advantage of the bright beautiful mornings and give more light in the evening for just taking it easy.

That’s fuckin’ ingenious, if I understand it correctly. It’s a Swiss fuckin’ watch.

Of course, rich fucks and real reactionaries have pissed all over Willett’s effort to tie a long summer’s day together. And it’s sadly ironic that Willett’s great-great-grandson, Coldplay’s Chris Martin, struggles with chronic insomnia.

But Dudeism is all about reclaiming our relaxed rug from the reactionary rug-pissers of the world. So, as Medhi Rene observes in his “6 Tips for Waking Up Early, Getting Shit Done & Being Happy,” we might be able to reclaim this whole waking up an hour early thing from being about stress and making ze money…to making the time to abide:

Waking up earlier is the most effective way to center your day. Allowing yourself time to establish your priorities, you will find satisfaction and accomplishment early on that helps stabilize and boost your mood throughout the rest of the day. 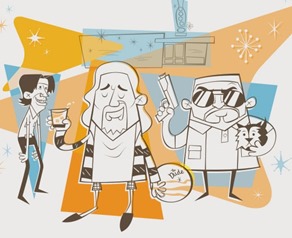 He goes on to point out the ayurvedic benefits of adjusting to the natural ups and downs, strikes and gutters of the day.

That may be some sort of Eastern thing, but judging from all the stress and negative energy so many are dragging around these days as they wonder where’s the fucking money, waking up a little early to savor the best part of a summer day might just help put a smile on your face as you ride across the sands of time.

Even if ultimately no one really knows, or cares, what time it is.

Rev. Dwayne Eutsey is the Arch Dudeship of Dudeism and co-author of it’s publication The Abide Guide: Living Like Lebowski

Previous Post: The Walking Dead-Inside: How Apathy Turns Us Into Zombies
Next Post: Wave of the Future Dude: How Dude Inspired Schooling Could be Part of Our Future