This month marks five years since I started work on The Lebowski Cycle, a series of paintings and drawings exploring layered narratives, using masterpieces of European art and the 1998 Coen Brothers’ film The Big Lebowski as a starting point.

The paintings are an attempt to build a bridge between different kinds of narratives; between the grand seriousness of historical, religious, and contemporary painting and the humor and playful inventiveness of a film like The Big Lebowski.

I had been looking at The Oath of the Horatii, a very serious neoclassical painting by Jacques-Louis David. In the painting, three brothers express their loyalty and solidarity with Rome before a battle. Painted as revolution loomed in France, the painting urges loyalty to the state in a highly dramatic fashion, and became one of the defining images of its time.

I was trying to imagine a modern equivalent to an image like this. As a painter, I found narrative paintings fascinating, complex figurative works that depict grand story arcs, compressing a multitude of thoughts, ideas and emotions into a singular image. The story was important, but the human interactions and conflicts, and the way the images were put together interested me as much as the specific stories. 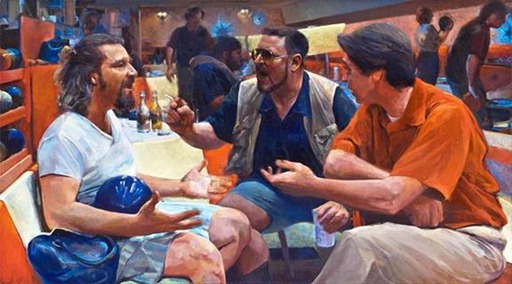 I started thinking about The Big Lebowski, (a favorite film, obviously) trying to imagine how the characters, humor and preposterous story arc of the film might be enlisted to explore multiple points of view, moods, and intentions if combined with themes and titles from narrative works from art history.

What if the narrative was about a rug that had been peed on instead of a battle for Rome, the internal drama, the loyalty and solidarity all were still there, but so was the fun of the film, and the two narratives ran up against each other in an interesting way.

The combination led to hybrid images that reference art history, film, and contemporary art, from sources that inform, overlap and often even contradict each other. 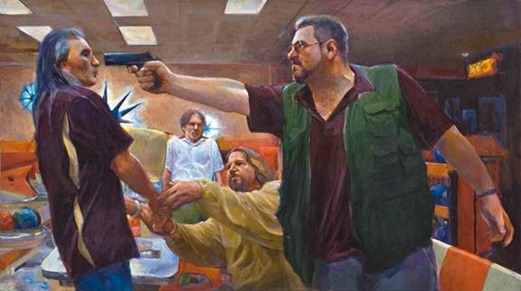 In writing the film, the Coen brothers began by constructing of a labyrinthine narrative worthy of a Raymond Chandler novel, and replaced the traditional hardboiled detective character with an aging pothead, already turning a genre on its head. This gave them great storytelling possibilities, playing off of and to the conventions of the genre (as well as the conventional take on aging potheads).

I’ve always loved this film for its unique humor, its preposterous story arc, rich visuals, and the way the entire story is played so straight by the actors.

It’s been great to watch the cult of the film grow over the last few years as these paintings were coming together in the studio. 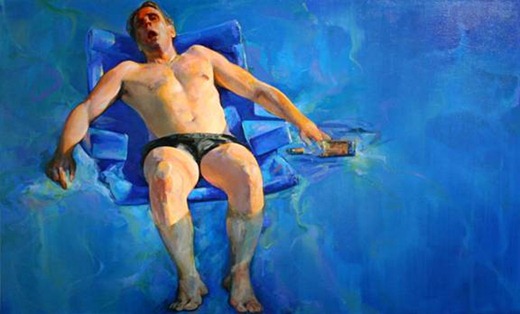 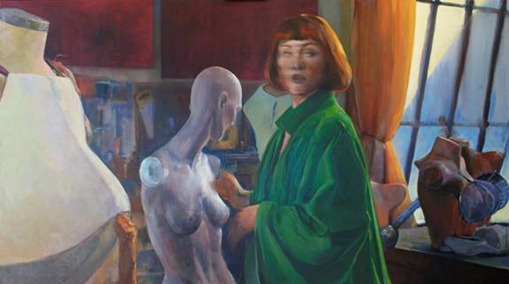 An exhibition of 14 large scale paintings from The Lebowski Cycle opens at The Frank M. Doyle Arts Pavilion in Costa Mesa, CA. this Saturday from 6-10 pm.

More info can be found at www.joeforkanblog.com