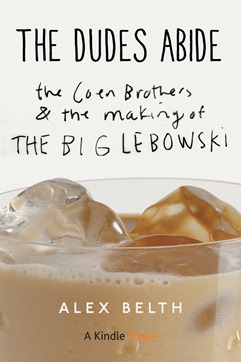 Lebowski fans worldwide would give their left little toe to have been a fly on the wall during the making of The Big Lebowski. Luckily, the Coen Brothers’ former personal assistant Alex Belth just released a short ebook which offers a fascinating glimpse behind the scenes of the 1998 production. Now, as avid attendees at Lebowskifests, and authors of books about the film, we thought we’d learned all the secret history surrounding the film. Au contraire, mon Dude! Here are some interesting tidbits of trivia that stand out in this short but sweet and funny book.

1) Casting the character of The Big Lebowski was a nightmare

The Coens had a huge list of candidates to play The Big Lebowski, including the “impossible dream” of Marlon Brando, who refused. In the end it was down to David Huddleston (who won) and Michael Gambon (Dumbledore in the Harry Potter movies). Other actors who were not interested were Robert Duvall, Anthony Hopkins, Gene Hackman and Jack Nicholson. Actors who read for the role but weren’t accepted included Harvey Korman and Peter Graves. The list of other A-list actors who read for other roles is pretty amazing as well. Heather Graham nailed the role of Bunny (reading the $1000 bj scene) but her looks were too Californian, rather than the required Midwestern.

2) The songs originally chosen for many scenes were changed 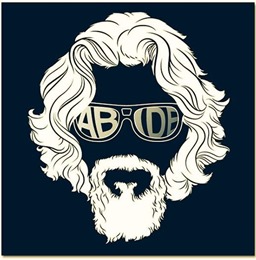 Creedence’s “Up Around the Bend” was meant to be playing on Dude’s headphones at the doctors’ office but was replaced with Elvis Costello’s “My Mood Swings.” Personally this author always thought that the Costello song didn’t fit. Maybe the film’s “music archivist” T. Bone Burnett lost a bet with Elvis and was obligated to throw him a bone. Santana’s “Oye Como Va” was meant as a backdrop to the introduction to The Jesus rather than The Gipsy Kings “Hotel California” but ended up being used later anyway in the In-N-Out Burger scene. Rather than “Viva Las Vegas,” the scene with Bunny driving featured Metallica (bunch of assholes).

The production company the Coens set up to make the movie was named Bitter Creek, after the battle from which the hero of the television show Branded supposedly ran away. The series which Arthur Digby Sellers wrote the bulk of. Not exactly a lightweight. 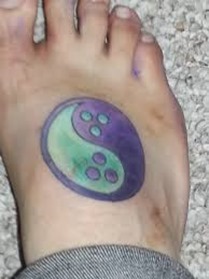 Dudeism is based on Taoism, and so we like the idea of yin/yang dynamics very much, having often commented on the fact that the Dude and Walter are like a yin/yang. Joel Coen explictly acknowledged this: “It’s definitely a yin/yang thing. It’s trading off. When one is calm, the other is popping. In a way, the movie is about how these two interact.”

While it’s evident that both Walter and the Dude are men who have been passed by by history, the climax of that realization was meant to occur as they confronted their own mortality after having their friend Donny in the funeral home. While Walter’s anger is normally superficial, Joel says “The only time the anger is deeper, more genuine for Walter is at the funeral home.” To which Ethan adds, “It also ties up the fact it’s a funeral and they’re getting older in a weird sort of way.”

6) Originally, Bunny’s real name was meant to be Fawn Gunderson

Much has been made of the big reveal near the end showing that Bunny was originally named Fawn Knudsen from Moorhead, Minnesota, suggesting she was connected to the Coen’s previous movie, Fargo. However, the connection was originally deeper – she shared the same last name as Marge Gunderson, the main character in Fargo played by Joel’s wife Frances McDormand. Could she have been a relative of the Gundersons? Oh yah Mr. Lebowski. 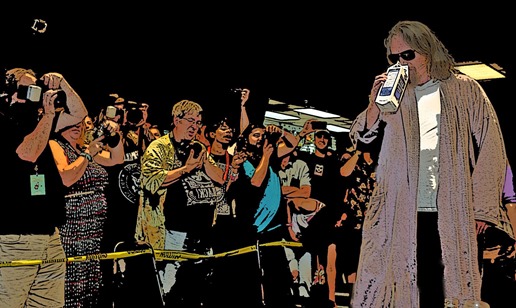 7) Jeff Bridges improvised some of the lines

We all know that Bridges was responsible for coming up with the unscripted “human paraquat” line. But this author was not aware that he changed “Mind if I smoke a jay?” to “Mind if I do a jay?”Bridges’ modification certainly renders the line more iconic. Am I wrong? It’s implied that he modified other lines but none are mentioned in the book.

Carlos Leon, personal trainer and boyfriend of Madonna at the time, and father of their daughter Lourdes, was the assistant who was ordered by Maude to knock out the dude with one punch. Whether he is the one Maude calls “Elfranco” in the later painting scene, well, dude we just don’t know. Additionally, we don’t know whether or not the other assistant also slept with Madonna.

9) Knox Harrington’s laugh was overdubbed later by someone else

Though his dialogue was all by actor David Thewlis, the crazy laughter was overdubbed later by Ethan’s college friend Bill Petersen. Thus the Dude’s flabbergasted complaint: “who the fuck is this guy?” retrospectively takes on even more significance.

10) The Coens were worried that the movie was too long

Convinced that 90 minutes is the ideal length for a comedy, the Coens were dismayed that The Big Lebowski clocked in at around two hours. But try as they might, they couldn’t cut the movie down any more, certain that any more cuts would destroy the “narrative logic” of the film. Now most movies try not to include extraneous devices that have nothing to do with the plot, Lebowski is full of them. Many a critic has commented on the loads of red herrings and gratuitous scenes. To this fan, this only underscores how ingenious the Coens are – that they considered The Jesus and Larry Sellars to be integral to the film, when virtually no conventional screenwriting teacher would agree. This also may explain why the film was originally released with a listed 98 minute running time when it actually clocked in at 117 minutes? Well Dude, we just don’t know.

Purchase the brief, well-written, insightful and inexpensive book here. Hope you dig its style. We sure did.

Previous Post: What Condition Our Condition is In: An Academic Study of The Big Lebowski
Next Post: The Metaphysics of Ping Pong