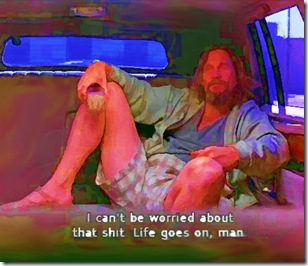 Once acquired, the habit of worrying seems hard to stop. We’re raised to worry and aren’t considered "grown up" until we perfect the art. Teenagers are told: "You’d better start worrying about your future." If your worries aren’t at least as frequent as your bowel movements, you’re seen as irresponsible, childish, aimless. That’s a "responsible adult" game rule.

To the extent that worrying is learned/conditioned behavior, it can be undone. There are psychological gimmicks for undoing the worry habit. There are also obstacles. 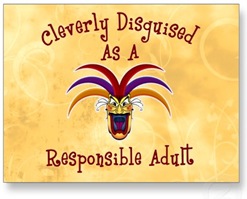 Laid on top of the first neurosis is the idea that spending money will make you happy. This is toffee coating on a bad puritan apple. If you spend enough money to give you the (advertised) conditions for happiness, the neurosis emerges in the form of apparently random worries, guilt, "feeling shitty," etc. Worrying is the easiest and most popular way to negate happiness. (See sidebar interlude).

Obstacle 2: The Idea that Worrying Serves a "Purpose" 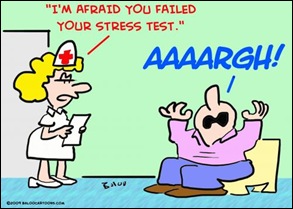 You won’t stop worrying if you think it serves you. So it’s a good idea to distinguish the fight-or-flight response (a healthy bodily reaction to immediate danger) from worry (a psychological problem). By making this distinction, you’re less likely to overrate the value of worrying.

The fight-or-flight response (FOF) is useful on rare occasions of real danger. In animals, the FOF responds to "external" stimuli; in humans it responds also to worries about imagined dangers, and to socially-conditioned psychological stimuli: "what will people think about me?", etc.

Worrying is never useful. It handicaps and diminishes us. The more it triggers the FOF with imagined threats, the more it prevents clear thinking (which is probably our greatest survival asset).

There’s a useful gimmick to help stop worrying (we’ve already mentioned it briefly in How to Avoid Responsibilities, but it’s worth looking at in detail). You simply cultivate the habit of postponing worrying. Your mind becomes (re-)conditioned to not dwell on worries in the present. 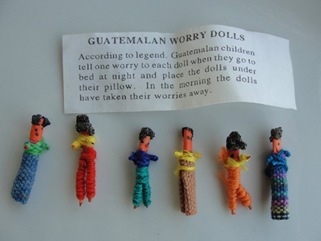 The trick is that whenever you feel plagued by a worrying thought, note it down on a "worry sheet" (a piece of paper set aside for the purpose) – you can then forget about it, knowing that you plan to worry later.

This deceptively simple technique is effective because it bypasses the psychological obstacles mentioned above. Your mind is "fooled" into thinking that you haven’t given up worrying. Meanwhile, you lose the habit of worrying in the present moment.

You can plan to revisit noted worries at a time when you’re worry-free. Or you can postpone worries indefinitely. That might sound bizarre, but then so is the notion that you must experience endless unhappiness (i.e. worrying) before you’re allowed to be happy.

More likely is that when using this technique you will simply forget your original worries – they will never have bothered you. 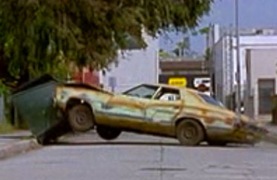 What follows is slightly more esoteric than above. Feel free to ignore…

Strange as it may seem, you want what you worry about. Or at least that’s what you inadvertently tell your brain when you worry. On one level, your brain can’t process "negatives." If you tell it:"don’t think about crashing the car", it can’t help being "attracted" to the thought/image of crashing. 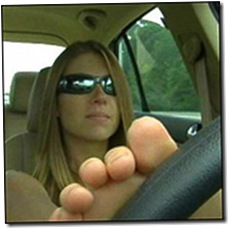 The difficulty is that your "feet" (to continue with the analogy) are tied together. So, to stop accelerating, you must also lift your foot from the brake. But you refuse to do this (which might be sensible in a car; but your brain isn’t a car).

You somehow have to persuade (or con) your brain into thinking it’s safe to lift both feet from the worry pedals. For serious anxiety disorders, phobias, etc, many people go into therapy. The end result, if successful, is equivalent to learning to lift both feet (i.e. to "let go" of the worry/fear).

For relatively "minor" worry problems, you can use psychological gimmicks to "con" your brain into letting go of the worry – eg the worry postponement and "focused punishment" techniques described above (both have the effect of getting you to "lift both feet" from the accelerator-brake).

You’re finally on holiday/vacation. Sun, sand, palm trees, etc. You say to yourself:
"I think I deserve this after all those months in the office!" Suddenly, an apparently random worry pops into your head: did you turn off the water before you left for the airport? What about the dripping tap? 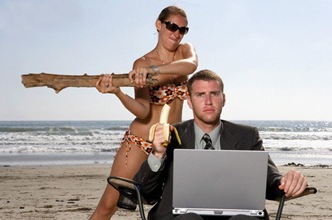 Focused "Punishment"
Lie down somewhere undisturbed. Separate the feeling of the worry/anxiety from the thoughts/circumstances which triggered it. Focus entirely on the unpleasant feeling. Artificially increase the unpleasantness of the feeling. Spend 10-15 minutes doing this. It’s good "punishment."

i) "Normal": Present or imminent danger triggers FOF, which leaves body in a state conducive to anxiety & worry (temporary) until body returns to non-adrenaline state. For example, your car skids on an icy surface.

ii) "Pathological": Works in the opposite direction. Starts with worry (about imagined or non-imminent danger), which triggers FOF, which leaves body in 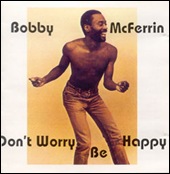 It is possible to worry without noticeably triggering FOF. Minor worries thus seem harmless. But the effect is cumulative, known as "stress." Worrying is never useful. Worrying only appears useful because problems are often solved after a period of worrying. Perhaps we make a (false) connection between the worrying and the problem’s solution.