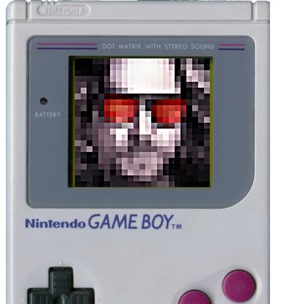 We’re continually amazed by the cool stuff that creative Lebowski fans have made in honor of our sacred celluloid. Just when you think it’s all been done, someone comes up with something that will really blow your mind, man.

A way out on the US East coast there was this feller, feller I wanna tell you about. Feller by the name of Paul Weinstein, though he goes by the handle Chipocrite. He’s basically arranged covers of several songs from the Lebowski soundtrack on…get this…a Nintendo gameboy. Talk about lo fi! But then, that sort of fits in with the ugh-technopop aesthetic of the Nihilists and the retrotech of Dude’s beeper and giant cell phone. Anyway, you may not want to relax to his music while in the tub or meditating on the carpet, but you’ll surely find it an impressive achievement anyway. It’s also pretty fucking funny.

In fact we’re a bit late to the game – turns out El Chiperino has already performed at a New York Lebowskifest in 2011. And he just performed again at last week’s fest. Here’s some clips: 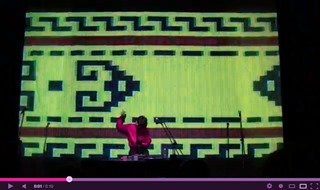 So we got in touch with El Chiperino and asked him to tell us a little about himself, his method, and his love of Lebowski. This is what he had to say:

I’ve been a massssssive Lebowski fan since the first time I saw the movie, around 2000 or 2001. I attended my first Lebowski Fest in Philadelphia in 2009 and had a blast, but I never thought I’d actually be involved with it. Also, I had started making music with Game Boys just a little earlier that year and had no idea what it might turn into. Two years later, after I had been writing songs and playing as Chipocrite for a little while, a friend of mine posted that she was looking to book fun, quirky music for a really cool event — I had no idea at the time what it was, but when I suggested chiptune music, she loved the idea. And when I found out it was that year’s Lebowski Fest in Philly, *I* loved the idea, hahah. Anyway, I spent the few months between when I was booked and the event itself arranging the six covers, and I genuinely had a great time doing it. Playing them live at the show was tons of fun (I was even dressed as the nihilists on their album cover) and the audience seemed to dig it. Over time, I thought about releasing the songs as some kind of formal EP, but for whatever reason, it kept getting backburnered. So I basically sat on them for two more years, which was kinda dumb, but it worked out, because when I realized a few months ago that yesterday would be the movie’s 15th anniversary, it just totally made sense to just get my act together and put it out!