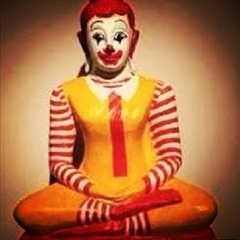 As the mindfulness movement spreads there are bound to be some Dudeists who would like to learn mindfulness meditation as a way to find abiding through its practice. However there are a lot of misleading claims about the science of mindfulness, and a lack of context for students looking to learn how to maintain a state of abiding awareness. Much like the claims made by snake oil salesmen of the past, claims about the effectiveness of mindfulness can be a bit over inflated. Also the way mindfulness is being marketed to the affluent in our society, it seems to be becoming a fad that promises peace of mind and riches. Stripped of context mindfulness may even be being used by corporations to sedate and calm their overworked employees, basically saying “you can’t have a vacation, but we’ll teach you how to cope with that.” Mindfulness when coupled with context, such as in the context of Dudeist abiding, can be a beneficial addition to any Dude’s life. But when mindfulness is devoid of context, and marketed for the wealthy, or used to pad a company’s bottom line, then we are looking at the greasy fat of McMindfulness. 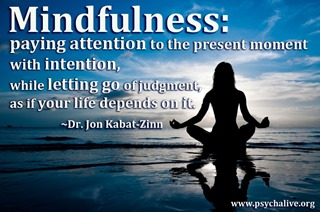 Mindfulness is the non-judgmental awareness and acceptance of one’s thoughts, emotions, and reality in the present moment. Based on Buddhist mediation practices the modern concept of mindfulness is the product of secularized Buddhist mediation techniques with nearly all “religious” overtones removed. Mindfulness teaching has been shown to aid in overcoming stress, improving concentration, and leading to more life satisfaction, such as Jon Kabat-Zinn’s Mindfulness Based Stress Reduction, started in 1979. MBSR’s success is supported with around 35 years of evidence, both anecdotal and hard data. Many researchers conclude, in not so many words, that mindfulness practice can help to keep you chill and joyful in life.

All of this is very much in line with Dudeist thinking, essentially being mindful is chilling in an abiding non-judgmental state of being present. However there are those less than noble purveyors of mindfulness that over inflate these claims or present them as absolute, when in reality much of the science is still a work in progress. McMindfulness claims to be able to solve most of the problems we modern humans face just by virtue of mediating. Promises of less stress, more concentration, and joyfulness are real documented benefits of mindfulness practice, but to fully realize these benefits takes more than just being aware. People need context in order to address these problems when they get up off their meditation rug. Some mindfulness instructors would argue that even when it is devoid of context, it can still open a person’s awareness. In the same way that “fake it ‘til you make” works in Alcoholics Anonymous, some say that by even practicing mindfulness most people will eventually find meaning on their own. This leaves the onus of finding context on the student, which is not always obvious, leading to many who are just going through the motions and only experiencing the most superficial aspects of being mindful 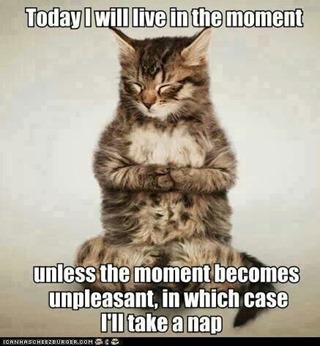 We can see how the fad of mindfulness being presented as a rich person’s thing, with national magazine covers of beautiful white women sitting cross legged and headlines promising reduced stress in a stressed out world. One wonders where are the depictions of those that truly need more peace of mind, and where are the ways mindfulness could help reduce the world’s stresses not just our own? There’s a big difference between a veteran with PTSD practicing mindfulness and the CEO of some uber-corp, but it is the CEOs who have the money so it is the CEOs that get mindfulness marketed to them. Those who have much have easy access to mindfulness, whereas those who need it most are barely made aware of its existence.

Also what is being marketed in some instances is just too watered down and simply a coping mechanism, and does not lead to true abiding awareness. Mindfulness in the context of Buddhism is a practice for attaining greater understanding, to be present and aware of one’s emotions as they arise in the context of inter-connectedness, non-self, and impermanence. All too often now McMindfulness is marketed as a way to achieve in the business world, or as a way to give the impression of being “enlightened.” When we hear of mindfulness training in the over-achiever world it is usually promising more production and concentration, presented with a Buddhisty feel, giving the impression that this will make the making of money a spiritual endeavor. Instead of addressing what causes stress in the workplace workers are sent to mindfulness seminars and training to become well adjusted automatons, providing more production for their employer with minimal investment. 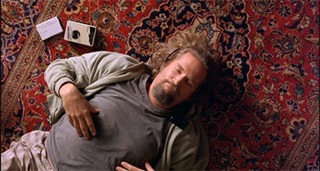 Mindfulness without empathy can lead to more focused over-achievers, more greed with a softer feel. For instance, if Jackie Treehorn started listening to whale songs in the tub to become more mindful, that alone would not make him Dude.Without context mindfulness becomes a self centered endeavor, in the original Buddhist form mindfulness is meant to help reveal the inter-connected nature of existence, to free one’s self from the belief in a solid permanent self, to understand the concept of non-self. This is not to say that it has to be Buddhist, just that mindfulness is meant to have meaning beyond just improving the situation of the practitioner. It is intended to reveal the deeper connections we have to all life and to all things, to be aware of our individual impact on the larger world and to help find ways of acting in a more abiding and skillful way.

Mindfulness can be a beneficial practice for just about anyone, even McMindfulness will have a enlightening effect on some, maybe even raising their empathy through awareness. When taken in context, almost any context, mindfulness can help us be more aware of our emotions and the events of our lives. However using that awareness takes some rules, this aint Nam! In the case of Dudeism, we can do that. Practicing mindfulness in the context of Dudeism can certainly help a Dude find abiding ways of being. So if you are inclined to explore mindfulness, and that’s cool, you may want to bring your own rug with you, such as Dudeist concepts of abiding, so as to have a place to sit that is woven with context.

Previous Post: An Interview With Director Khashyar Darvich
Next Post: The Walking Dead-Inside: How Apathy Turns Us Into Zombies