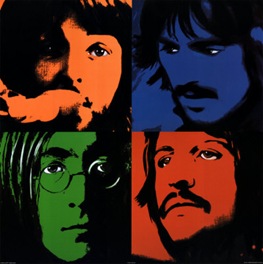 Did you know that The Beatles wrote a song about The Big Lebowski in 1965?

I once had a girl, or should i say, she once had me

This obviously refers to the Dude’s seduction by Maude. It can also refer to the Big Lebowski’s tenuous hold on Bunny. Or to the Knudsens’ failure to keep her down on the farm. Or to Walter’s inability to hold onto Cynthia. (And Cynthia was the name of John Lennon’s first wife.)

She showed me her room, isn’t it good, Norwegian wood?

Maude invites the Dude to her studio, which is a very big room. Also, who peed on the Dude’s rug? Woo(d).

She asked me to stay and she told me to sit anywhere
So I looked around and I noticed there wasn’t a chair.

This refers to the second entry into the Dude’s apartment of Jackie Treehorn’s thugs; when they open the door, the Dude’s chair (which had ineffectually blocked the door) falls away.

The Dude is more of a sprawler than a sitter; even when he is in a chair, he tries to make himself horizontal; for example, in his recliner or in the back seat of Maude’s limousine.

Other significant chairs / seats in the movie (not a comprehensive list): the seats at the bowling alley, the car seat behind which the Dude finds Larry’s homework, the seats at Crane Jackson’s Theatre, the sofa at Larry’s house (Larry’s father, of course, has no need of a chair), the sofa onto which the Dude collapses at Jackie Treehorn’s pad, the chair out of which the Dude is knocked when struck by the Sheriff of Malibu’s coffee mug … and, of course, the Big Lebowski’s wheelchair.

This was a valued rug. That rug really tied the room together. All the Dude ever wanted was his rug back.

The Dude sits on a rug while flying through the air in the dream sequence.

In eight words – I sat on a rug, biding my time – John Lennon encapsulates the heart of The Big Lebowski
(The Big Lebowski himself, of course, will not abide another toe.) 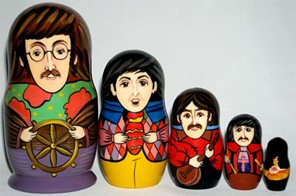 We talked until two and then she said, “it’s time for bed”

Again, Maude’s seduction of The Dude.

Also, the Dude, Walter and Donny talk until the three friends become just two….then Donny goes to his final resting place — which is supposed to be the ocean bed.

She told me she worked in the morning and started to laugh.

Maude gives the Dude the brush-off while she’s giggling on the phone with Sandra and Knox Harrington. And the whole story makes the Stranger laugh to beat the band.

I told her I didn’t…

The Dude is unemployed.

…and crawled off to sleep in the bath.

The Dude is relaxing in his bath when the nihilists attack him with the marmot.

And Walter has to rest on the shabbath.

And when I awoke I was alone 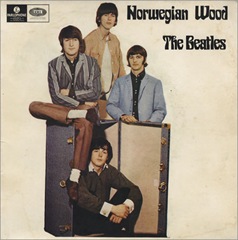 The Dude wakes alone after being knocked out by Maude’s goons.

Cynthia’s Pomeranian can’t be left alone or he eats the furniture — maybe even the sort of furniture which gives Norwegian Wood its title.

this bird had flown.

Maude is first seen flying over the Dude’s head. This is also obviously a reference to Bunny’s disappearance, both from her home outside of Moorhead and from the Big Lebowski’s house.

Presumably, it is also a reference to The Eagles.

So I lit a fire, isn’t it good, Norwegian wood.

The Dude’s response to pretty much everything is to fire up a joint.

Plus, the nihilists set fire to the Dude’s car, Donny is cremated — and there is a big fire in the West Wing.