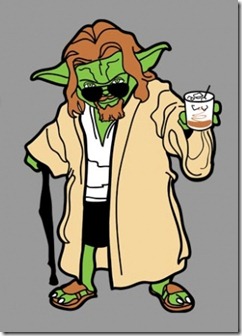 I don’t have any questions, suggestions or anything to contribute. I just want to let you guys know that finding Dudeism has helped me get back to my old self (and possibly even better).

I worked in a really fucking miserable environment for several years alongside some of the dumbest people I’ve ever come across (seriously, one of them thought that the moon was the back of the sun) getting constant abuse from both customers and managers and I stayed because I thought I had no choice.

This lead to a long decline in my mental health (I realize now that I hadn’t been myself for years) and something of a nervous breakdown. I was constantly berated by management for "being negative" when the reality was I was just really fucking miserable. I was no longer the person I used to be, or anything other than a human shaped lump of stress, anxiety and depression. This all came to a head when I was being yelled at by a solicitor because I didn’t have the letter he’d apparently sent us the day before. I snapped, told him to fuck off and walked out. It was a weird moment, I wasn’t really in control, it was like my subconscious said "this place is killing you, do WHATEVER to get out."

My immediate manager (actually a lovely woman who I am still friendly with) caught me on my way out and called me back in for a chat. Over the next two weeks I was suspended from work, saw a doctor, was told "no matter what happens with this you have to leave that job" and given anti-depressants. I then had my disciplinary where the boss told me that the doctor was wrong and that rather than having problems with stress, depression and anxiety I had an aggression problem. I was sacked.

Immediately on leaving the building I actually felt an evil force leave my life, weird. At this point I wasn’t really well enough to deal with anything myself so I just internetted a lot and discovered Dudeism. I got ordained almost immediately (I was already somewhat familiar with Taoism, Stoicism and Epicureanism) and made sure to keep abiding, just going with it and always being a Dude to everyone (there’s never any reason not to, right?).

I was persuaded to try to stand up for myself and contacted ACAS (a free employment advice and arbitration service in the UK) who told me I should take them to a tribunal but they would try talking to my previous employer to get an agreed reference in exchange for not going to a tribunal (which they thought I would win).

The fuckers didn’t even have the decency to respond to this, not even to say that they’d rather go to a tribunal. I gave them one last chance to treat me like a human being rather than an object and they failed to take it. I’m not taking them to a tribunal because, fuck it, that would only get me money and that’s not what I’m interested in. All I wanted was for them to admit that they probably know less about mental health than doctors do! But, fuck it, they refused and as far as I see it, they have to be THEM for the rest of their lives and that is punishment enough in itself. 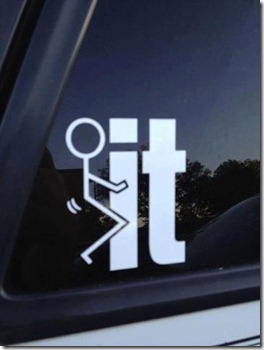 I have since got a new job, almost entirely by accident, I get on well with the boss (who is a total dude to everyone- first day he came and shook my hand and made sure I was happy with the place, compared to my old boss who refused a handshake because he apparently believed I was unworthy of simple common decency) and have gone from being berated for "being negative" to being praised for being laid back and positive and being asked to look after and help out the other people who work there.

That’s all good with me! Dudes, I even keep being a dude to people I find generally unpleasant and I’m even getting some positive results from that. I’ve brought a lot of dude with me to my new job, and to my life and I’m going to keep it up, even ramp it up to full Dudedom!

Thanks guys, I’m proud to call myself a Dudeist priest, I’m glad I’ve got my life back together and I’m glad that I can help the people around me stay chilled and keep positive. I’m actually both happy and myself for the first time in years and I have your site (at least in part- the medication has probably helped as well!) to thank for it. Sorry for all the rambling.
Cheers, Dudes.

Previous Post: Dudeism: The First Religion with a Moshpit
Next Post: How to Find Your Own Purpose