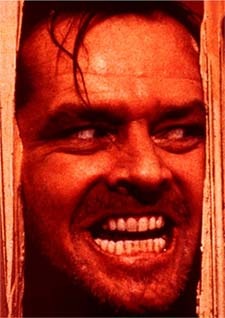 Surprised at My Tears – Dudeist Emotions

This is going to be the first part of a discussion about Dude and un-Dude emotions.

Today I’d like to talk about Dudeism and Anger.

Anger is quite a very un-Dude emotion, surely one of the five worst emotions for a Dude.

Anger makes us to do some stupid, regrettable things which sooner or later we wish we hadn’t done. It makes us waste money replacing broken things, gives us a bad reputation, ruins our relationships with others, and most important of all gives other cleft assholes, nihilists and human paraquats control over us.

That’s because anger is one of those emotions, together with fear, that can easily be used against us. 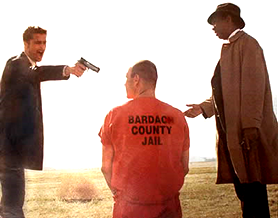 Remember the end of the movie Seven? Anger can really make you lose your head. Or in that case, other people’s heads.

Anger makes our mind cloudy and we know instead that our goal is to keep it limber. Some of us will probably say that anger has it place within us and that sometimes it’s useful and some others really necessary. I agree with this but, but, we must have the power to decide by ourselves when it is the right moment to release our anger, or better to use anger not as a burst of craziness but as a fuel to accomplish something valuable: defending ourself or our loved ones, others people rights, nature and so on.

Think about the difference between throwing our bowling ball at someone else’s nuts to defend our friends, and waving a piece around just because somebody’s toe went over the line during a league game. Same emotion, more or less, but in a very different environment. One is completely stupid while the other is arguably a useful tool in a moment of crisis. 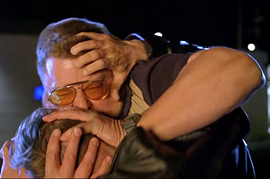 Under the spell of anger we don’t have control over ourselves—someone else has. Be it the environment, an object or a person, the fucking television channel which doesn’t come in, that fucking cellular phone that doesn’t work when needed, our boss at work, our once special lady/thorough man at home…If they know how to press our anger button then they control us. If we don’t have any clear switch then we are free and we are the ones who will remain Dude in a given situation. And, of course, abide.

Because what can be expected of us if we are not able to control our behavior? We are the only one liable for the consequences.

So how can we achieve control over our anger? There are ways, Dude.

As an example, the police who are trained in mantaining urban control, the ones with body armor and weaponry are specially trained so that when someone says the worst possible things about their mother and the size of their johnson, they still remain perfectly calm. 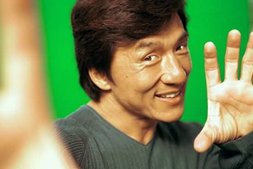 Then, however if someone starts throwing rocks tonight, they answer not quite as calmly, but most of them are still in control of themselves and their behaviour even when they’re bashing you over the head with their nightsticks and applying choke holds. This, of course, requires a lot of training. It’s similar to the control over emotions that martial arts disciplines give you. Take Jackie Chan’s characters—they never get angry. They kick butt, then have a laugh about it.

Another way is through meditation and some other Eastern things. But this still requires a lot of training.

I’ve found a simpler way. Quite Dudeish I would say. 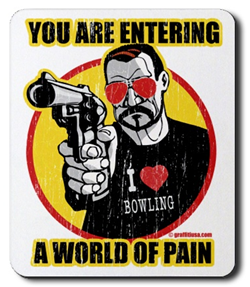 That’s why yesterday my television wasn’t redecorated with a cup of coffee right in the middle of the screen. What good would that have done? Plus, I would have had to clean it up. And that would have made me even angrier.

Of course, this doesn’t mean that I don’t get angry anymore, but more often than not, I rule myself. The Royal We!

And this, dear fellow Dudes, is Freedom. To paraphrase Janis Joplin: "Freedom’s just another word for nothing felt UnDude."

And even though Janis’s didn’t exactly, life usually goes on. Can’t be worried about that shit. Fuggedabouddit and abide.