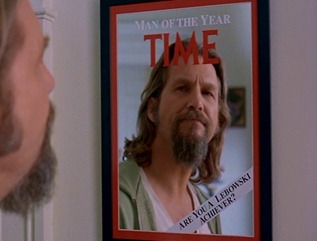 New information has come to light.

We are bombarded with data. Living in the Information Age has its drawbacks. A baby is introduced to the world in the form of her family. As a child, she comes to know a neighborhood, as if nothing else existed. She grows to know her town or part of the city and soon becomes a teenager. The teen explores the wonders of her state and country. By and by, her horizons expand and she determines her part in the mix. She, as a twenty-something, whittles out her niche in society and is on her way to becoming an informed citizen. She has now compiled so much local information that she broadens her base, gaining knowledge of the intricacies of her world. By her thirties she has, more or less, found out the context of her life. She now can proceed onward, able to decipher her experiences in this light.

Growing Up 1.0 until my preteen years, everything was going well. Then our family got the Commodore 64, a family home PC, and nothing was ever the same. The Commodore gave way to the HP desktop computer. The HP ran CompuServe online through a 56k modem. And a door was opened to an unimaginable trove of information. It was like putting a library in the basement. And it was new, which made it fun.

Searching the web in the early days was like playing Doom, waiting to see what popped up around every corner. It was engrossing and intriguing and I never wanted to stop. But I was still young and trying to get my bearings in life. I should have been looking at a local map, a manageable map. I wasn’t ready for the world map yet. I, like many other people, was stampeded by the bulrush of the Information Age. Growing Up 2.0 was like calling up a Little Leaguer to the Majors. We were out of our league.

The Dude just wanted his rug back.

So like Eddie Gaedel facing Bob Cain, I did nothing. I guess you could call it ‘trying to draw a walk,’ but in reality, I was frozen at the plate. I couldn’t swing at a pitch if I wanted to. We had already been living in the age of cable television that made the problem worse. Our choices increased tenfold from the previous generation as far as TV was concerned. This is when MTV actually played music and VH1 played old music. We even had The Box. This was a TV station that played music videos all day, but viewers could call in and select each song that played. It was a communal jukebox on television and probably the first hint at OnDemand. Our options, before the Internet was in flux, were already astounding. It was like reading a Choose Your Own Adventure book the size of War and Peace.

This aggression will not stand, man.

Society was blindsided by the Internet. We’re still figuring out how to use it correctly. For the first few years, the Internet was like a man-child that had no idea how strong it was. It was a brute-force newborn. As it grew into its strength, we grew with it. We watched and chatted and emailed and talked amongst ourselves about this new, novel medium. And in crucial formative years, we were experiencing things that had never been experienced. We were the first generation to come of age with a worldview from the bedroom. We had been subjected to a breadth and depth of information that had never before been dropped on adolescents. And some of us were overwhelmed. But I always remember what the Dormouse said, "Feed your head."

That rug really tied the room together

Actually it was Grace Slick that said, "Feed your head." The Dormouse said, "I wasn’t asleep, I heard every word you fellows were saying." And What the Dormouse Said is a book by John Markoff. The subtitle of the 2005 non-fiction tome is "How the Sixties Counterculture Shaped the Personal Computer Industry." And now the computer is the rug that ties the room together. Are you with me?

Interconnectivity is what drives my quest for knowledge. Computers lend themselves to many forms of interconnectiveness. Hyperlinks are almost a perfect metaphor for this commutuality; they are a pedagogical strata. They are modern references, digital footnotes and endnotes.

Hyperlinks are another layer of communication within layers of communication, sometimes revealing witticism, sometimes providing edification, and sometimes just corroborating a claim. But they invariably provide a new subtext. They are the Eat Me/Drink Me of the Web Wonderland, potentially dangerous stuff for a knowledge glutton or a curious Alice in a rabbit hole. Links compound the information flood dilemma.

The age of communication apparatus multiplicity is over. Soon, we’ll no longer need to carry laptops and iPods and cell phones and PDAs and watches and pagers and calculators and voice recorders and alarm clocks and whatever else it is people carry. Wallets and cash transactions are nearly extinct. Our days of device overload are coming to an end. And then we can start worrying about our input overload.

We’re in the middle of an informational clusterfuck, in the parlance of our times. And this is an improvement from the myopic views in the past. We just need to catch up; it shouldn’t take long for the Information Age to lead into the Action Age. But sometimes I feel paralyzed by the sheer amount of knowledge I’m surrounded by, and like being a first-time driver on a the information superhighway, thing go whizzing by at high speeds.

I’m not the only one overtaken by this truth landslide. America has known about the false pretenses for war provided by the government for some time now. And the administration is still intact. And the war is still going on. We’ve known. We’ve had the information but no action has been organized. This is absolutely baffling to me.

You want a toe? I can get you a toe, believe me.

There is nary a limit to the amount bad information to be found on the internet. The only thing more plentiful is bad entertainment. The internet is teeming with scam artists, frauds, fascists, pornographers, hoodlums and general miscreants. You must actively avoid the garbage districts online. It’s probably much easier to find a toe than it should be. You want nail polish? Not only are we pummeled with an overabundance of choices, most of them are deplorable.

So we must keep our moral compass handy when navigating the web. This worsens our already chaotic predicament. The story goes: eating fruit from the Tree of Knowledge of Good and Evil is a precarious undertaking. It can be quite problematic. The internet is like this tree. It sits directly in the middle of the garden and contains the best of both worlds, all the good alongside all the evil. And I bet that tree really tied the room together.

I am the walrus?

So I deem myself afflicted with the Lebowski complex: I am involved in a situation much bigger than my small world. I am part of an interconnectivity that is beyond my understanding and as new shit comes to light, I must adapt. I must keep my mind limber, because sometimes the bar eats you. It is very hard to tell who is good and who is bad and what each is after. A lot of ins, a lot of outs; if you don’t keep up, you could be worried about the last war when the next war begins. It can be consuming. Anything can happen.

If Markov is right and the counterculture of the Sixties begot the Information Age, and it was that very counterculture that gave credence to the Dude, couldn’t this all turn out okay for the stymied masses of this revolution? Is the Lebowski complex a terminal illness? I think it can be overcome.

For your information, the Supreme Court has roundly rejected prior restraint.

To those Growing Up 2.0, a word of advice: abide. Do not ignore the intellectual renaissance. Do not binge on it, either. Just abide it. The fruit of our growing pains should be a good number of Little Lebowski Urban Achievers: kids with access to empowering information independent of their status in society who are adept at processing large amounts of input. The next phase is underway.

But in the mean time: