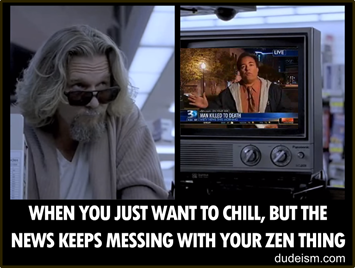 Each time I open my laptop in the morning and click on Google News, Huffington Post, Fox News or any other media source, my internal music catalogue summons John Williams’ Imperial March to play in sync with each morbid headline. “Active Shooter.” “Drone Strike.” “Terrorist Plot.” “Mass Shooting.” These phrases are all such a part of the headline lexicon now that I can’t help but think Darth Vader is laughing at us from his grave.

I scramble from news source to news source hoping to find something that doesn’t make me want to shit my pants before even having my first morning coffee. But is the world really such a dangerous place? Have we really screwed things up that bad? 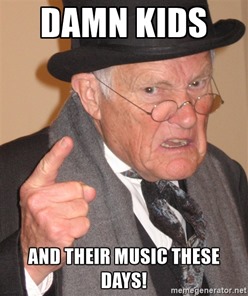 We humans have always been pretty lousy at running this planet. But hindsight tends to be a bit more rosy and full of sunshine than the present and we can’t help but think that everything was better way back when. Pandemics of generational discrimination spread like cranky wildfire. Symptoms may include longing for times past and the shaking of clenched fists while complaining about those “damn kids these days and their crappy music.”

We just have so much more access to information (and disinformation) these days. We demand entertainment and media outlets respond with every fucked up story that they can get their hands on. You can’t really blame them, because it’s us who are so obsessed with the worst of society. The best is far too boring. If every household was equipped with a live streaming camera feed for everyone to watch, we’d all be glued to the most dysfunctional families. Flower vases getting tossed across the room will get more viewers than sensible conversations around the dinner table. 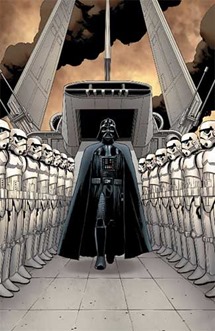 Yes, grab a quick cocktail, take a deep breath and go on and shit your pants. The world is on fire and it’s time to stock up on creamed corn and build that underground cellar that you’ve had on your to-do list for the last decade.

I tend to shy away from the “Oh Fuck” option, not because I’m an optimist or anything, it just kind of seems like a waste of time and I really hate digging. Moreover, it’s total bullshit. Humans have never had it so good. Just about every generation before us had it harder than we do.

There is no denying the fact that ISIS is fucking scary. But they’ve got us scared so shitless that there is nothing left to deposit in our communal pants.

Methinks we need a bit of historical context.

Let’s examine the American Civil War for starters. More American soldiers died in this war than all other wars combined. Somewhere between 600,000 and 800,000 soldiers died over the course of this war. That comes down to about one soldier dying about every three minutes for four years straight. (Uncle Sam is wagging a long frostbitten finger in our faces while calling us “whiny fuckers.”)

How about World War II? Poland alone lost about 6 million people, 17 percent of their population. Russian and Ukrainian deaths topped more than 20 million meaning that about one out of every eight people in those countries died due to the war. Some historians put the total war-related death count as high as 80 million. Over the course of the six year war that comes to one death every two or three seconds. 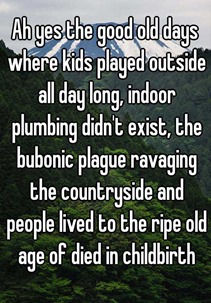 Prior to Columbus, the population of natives in the Americas was anywhere from 20 to 100 million people as there are not enough records for accurate estimates. What is known is that disease wiped out about 90 percent of those populations.

Deaths from the Black Death in the 14th Century might have numbered as high as 200 million.

I’m not trying to bum you out but context is the only way to show how lucky we all are. Even though we currently live in a constant state of panic and paranoia, life is pretty damn chill for the majority of humans right now relative to those who came before us.

“What about violence in the Middle East or North and West Africa?” you ask.

“What about endemic racism, discrimination and bigotry?” you protest.

“What about the return of fascism, demagoguery and despots?” you scream.

Well yeah, that shit all sucks. It really really sucks. We should probably do something about it. But none of that changes the fact that human life right now on our planet is on average safer and healthier than at any other time in human history. 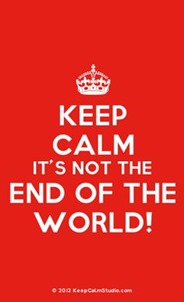 So sure, it’s entertaining to get all riled up about the Trumpocalypse and the Brexitastrophy. And yeah, it feels like we’ve taken some sort of wrong turn down a dark, scary alley possibly filled with racist, homophobic, totalitarian jihadists. But considering that only a few years ago one in four Americans thought Obama was the actual antichrist, is it possible that we are hyping things up a bit more for entertainment’s sake?

There is no question that we should be better humans than we are. But we are still just people, flawed like any species. We’re really not much more than apes with Twitter accounts and fancy haircuts. And I suppose we should at least be proud that we’ve evolved to a point where we can hurl harsh tweets at each other instead of feces every time we get angry.

“But wait, what about the environment?” you might ask.

Okay, sure, let’s talk about that… even if it’s not nearly as entertaining as all that other shit. 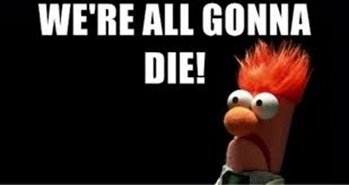 So the climate is changing, and with every passing day we add a little more CO2 to the air to warm things up a bit. And yeah, our natural resources are running out and our water supplies are dwindling. Sure, we’ve left behind more waste and pollution than future generations will ever be able to deal with and sea levels are rising to a point where mass migration might prove to be one of humanity’s greatest social challenges.

When it comes to the environment… um, hmm, well, er, I guess… yeah, good luck with all that. I’m not sure that shitting your pants will actually help anything, but maybe we can convert all of our pants into some sort of eco-friendly biofuel.

Rev. Colin Flahive is the author of Great Leaps and When the Cuckoo Calls, both available for download on Amazon.

Previous Post: Calm and Reason, for a Better Tomorrow
Next Post: Dao of the Dad: the First Three Days