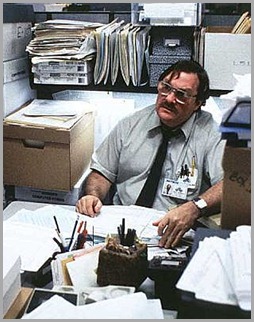 Last week work was hectic to say the least.  After getting out of another meeting late, again, the guys and I decided we had to get out of there for lunch.  If nothing else, we would not be reachable by phone or email for an hour.  We decided on Wendy’s as our lunch destination and headed out to my ample-sized car in the parking lot.  It was dark and dreary outside.  The weatherman had forecasted some light rain, but we were getting sleet and snow mixed in with the giant drops of water.  Finally getting some fresh air outside of the basement did not lift our spirits like we had hoped.

On the way to our fast food joint of choice there was the general grumbling and complaining about work.  Complaining hasn’t been too hard to do lately.  It seems there are always several "priority" projects to complete and we’re always being interrupted with last minute, emergency requests from people you can’t say no to.  Luckily these rarely come from our supervisor because she knows the stress and work load we are under.  Fridays are the days we are supposed to be enjoying lunch with fellow co-workers at a local burger place, but due to our last-minute required presence in this latest meeting, we were too late to join our comrades. 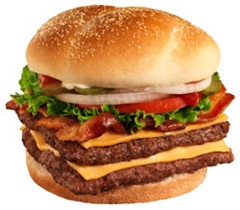 The four of us hurried into Wendy’s and stared at the menu, trying to decide what to order, as we waited our turn in line.  If you had to name three things I enjoy eating, you couldn’t go wrong with meat, cheese, and bacon.  I know bacon counts as a meat but it could easily be defined as the king of meats.  Bacon makes every other meat taste better – beef, chicken, turkey, pork, venison, fish…and even bacon.  Knowing this you might assume I’m a big fan of "The Baconator," but you’d be wrong.  It’s interesting how fast food never quite looks like the pictures and posters distributed by marketing campaigns.  In my opinion, this particularly meaty, bacon sandwich named after Arnold Schwarzenegger is one of the worst offenders.  I happen to love veggies so I usually go for sandwiches that also have all the fixings -lettuce, onions, pickles, and tomatoes.  I was trying to decide between a Bacon Deluxe, or a Bacon & Blue.  I love blue cheese, but last time I visited a Wendy’s I tried one that was a bit too greasy and border line nasty.  When it was my turn to order, the kid behind the counter greeted me quite warmly.  This seemed a little odd for a fast food joint, but I think they’re required to welcome customers. 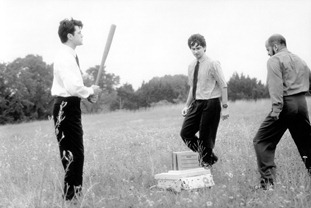 "Welcome to Wendy’s, may I take your order?" asked the kid.

"Would you like to make that a combo, sir?"

I thought for a split second and said, "Yeah I’ll do a small combo, and give me a small Mr. Pibb, please."

At that last part the kid’s eyes lit up a bit and he said, "OK."  It didn’t really stand out at the moment, but there’s no way I could miss the smile tugging at the corners of his mouth as he was putting ice in my cup.  "Man, that’s like the best soda in the world!" he exclaimed.

I almost laughed at his enthusiasm, but kept my Dude-like cool and said, "Yeah….it’s pretty good."

I suppressed the urge to ask Mike if he had been listening to the Chalupa’s story.  I explained Mr. Pibb was Coke’s version of Dr. Pepper and was only served in fine establishments, like Wendy’s. 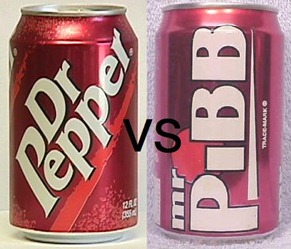 With that the kid gave me one of those emphatic nods as he handed over my delicious beverage.  A chin-down nod – the kind you give to someone you respect or are deferring to.  I returned the gesture.  Pibb Xtra (the more recent name for Mr. Pibb) is by no means my favorite carbonated beverage, but it’s best thing when my only other choices are Coke, Diet Coke and Sprite.  I never thought beverage options at restaurants and eateries would be so different when we were planning to move out East.  I think the kid’s enthusiasm is what got Mike to try Pibb Xtra for his first time that day.  Mike enjoyed it so much he posted,"I’m glad to say I am no longer a Pibb virgin, and it was good," on Facebook but that’s a completely different story. 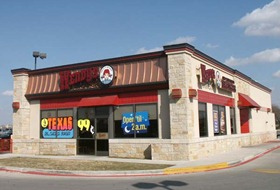 Lunch turned out to be the high point of our day.  We had a few burgers, a few laughs, and plenty of Mr. Pibb.  Last Friday started poorly and ended in like manner, but lunch was an oasis in the desert of phone calls, emails, and last minute requests.  It all started with this teen-aged kid and his love for a good  beverage.  In a moment where I was bringing my negative energy into the tournament, a humble soul wearing polyester a name-tag brought me back to reality with his strong ray of dude-shine on a dark and dreary day.