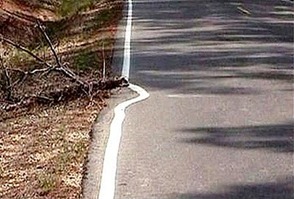 I am sitting at the bar sipping a Caucasian and trying to concentrate on the laptop. Louise, the bartender, mixes one for herself eyes me with dudely amusement.

"Still trying to come up with something to write about the supposium on lazy wisdom Moondog?"

"You say symposium…I say supposium. Supposing…what iffing…is what’s been going on around here lately with all this deep philosophizing about your Lazy Wisdom…capital ‘l’ capital ‘w’. Why don’t you just stop thinking about it and let stuff happen…then sit back and dig it as it goes down…Moondog? That’s my way of not doing lazy wisdom…little ‘l’ little ‘w’."

Finally, my fingers begin to type and words begin to appear on the screen.

In the last dispatch from these regions I promised to fill everybody in on the doings and insights of the Duder Bar supposium on lazy wisdom, but I got distracted and didn’t get very far…so here we go again…

As usual, just as I am about to elucidate a significant new strand and what have you, something happens… 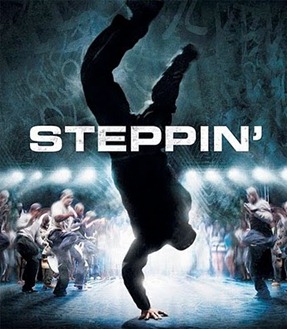 This Armani suited stock broker looking guy glides through the door snapping his fingers and bobbing his head to music only he can hear. Everyone at the bar looks at him as he slowly intones…

"Dude be slow steppin’, mang…threw away my 3G, multi-tasking smart phone, mang…don’t want to talk to you while I’m downloading and gaming and trading at the same time no more, bub…smashed that fucking thing, Maurice…"

He slowly spins and, in a leisurely fashion, syncopates back out into the street.

I type some more…

Unbelievable! Louise was right…I’ll get into what Louise said later. Synchronicity strikes again! Is Carl Jung hanging out around here somewhere? Slow dancing at high noon…stop thinking about it and lazy wisdom just dances through the door…

Here comes Nancy walking down the bar from the back carrying a brown paper bag.

"Is this yours? Found it in the back booth where you were ‘entertaining’ last night."

She hands me the bag. I have never seen it before. I reach inside and pull out a book. Look at it in rapt wonder. Everybody at the bar cranes their neck to see. 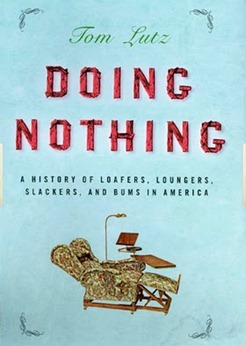 Doing Nothing: A History of Loafers,Loungers, Slackers and Bums in America
By Tom Lutz

An advertising flier for the book for the book flutters out of the bag onto the floor. I pick it up and read it out loud to the congregation.

"Lutz eases readers into this sparkling cultural history of stylish American torpor with an anecdote about his 18-year-old son, Cody, moving into his house and bivouacking on the couch-perhaps indefinitely. Lutz himself spent a decade before college "wandering here and abroad," so his intense anger at Cody surprised him-and inspired him to write this book about the crashing fault lines between Anglo-America’s vaunted Calvinist work ethic and its skulking, shrugging love of idling. An English professor who admits to being personally caught between these warring impulses, Lutz (Crying) has a gimlet eye for the ironies of modern loafing: that the "flaming youth" of the 1920s were intensely industrious; that our most celebrated slackers (Jack Kerouac, Richard Linklater) have been closet workaholics; that our most outspoken Puritans (Benjamin Franklin, George W. Bush) have been notorious layabouts. Lutz’s diligent research on a range of lazy and slovenly subjects, from French flâneurs to New York bohos, ultimately leads him to side with the bums. Flying in the face of yuppie values and critics of the welfare state, his "slacker ethic" emerges over the course of this history as both a necessary corrective to-and an inevitable outgrowth of-the 80-hour work week."

Louise is pointing up at the TV above the bar. She turns up the volume as everyone present does a double take in unison then stares at the TV.

Just as Bing and his motley crue are winding up their observations on the nature of things, John 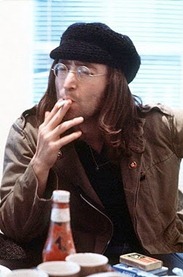 Lennon’s voice rings out from somewhere down the bar…

It is the ringtone on somebody’s cell phone. Sheepishly, Doris, a newcomer to the Duder, answers her phone and hurries to the back of the bar so as not to disturb the proceedings at hand.

Now…at this juncture I think it only fitting to take a step back so as to be able to see the forest and not get lost in the trees…as they say. Obviously, The Duder Bar Supposium on Lazy Wisdom seems to be composing itself. The old 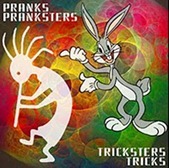 Trickster is cracking the cosmic joke once again…reminding me who’s who and what’s what…and I might as well fuggetaboutit as far as trying to theorize and expound upon those matters "myself". The universe is doing me, I am clearly not doing it…life is living me…I’m not…well shush…you get the picture. During the past brief bit of time here at the humble ol’ Duder Bar the DUDE himself is playfully wagging his finger at us sinners and saying…

"Chill…there’s NOTHING to do…there’s nothing you CAN do, really…when you take a giant step back and have a good look at the whole durn thing. Let go dudes! Chill…deeply…lazy wisdom… abide man…" 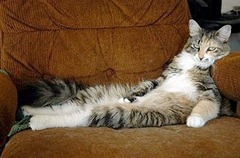