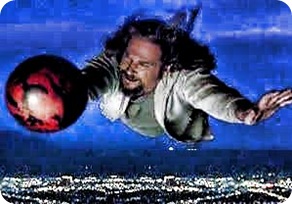 Dudeism’s central tenet may well be summarized as knowing that "you are the dude!" and Dudeism properly practiced is a pathway to help you discover your inner-dude, the dude within. That dude-in-waiting in you needs to come to the forefront of your life so that when someone ("a carpet pisser") tries to give you a hard time or knock you down you can be like”That’s just like, uh, your opinion, man.”

That may seem easy enough but it is one of the hardest lessons in life to learn. Although everything great in our world was founded by true dudes (both male and female), who were practicing Dudeists, whether they knew it or not, many people in our day and age are not dudes at all. Let’s face it, our world is facing a real dude shortage crisis.

Sometimes when they "piss on our carpets" we tend to take it very personally and get upset and uptight and act totally undudely ourselves. We can end up hiding our own true dude nature when we confront all the non-dudes out there. Even for devout Dudeists it can be hard to be a dude! But, as one great dude once said "Dude unto others, as you would have them dude unto you." This must be the mantra of every follower of Dudeism. No matter what happens, remember, just be the dude. 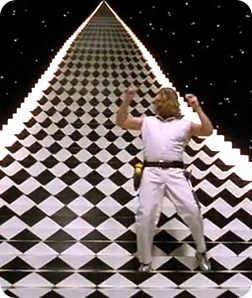 A lot of things can lead to our undudely outbursts. Take Walter Sobchak when the bowling league tournament was scheduled on Saturday. His response was "Saturday…is Shabbos, the Jewish day of rest. That means that I don’t work, I don’t drive a car, I don’t fucking ride in a car, I don’t handle money, I don’t turn on the oven, and I sure as shit don’t fucking roll!"

Walter lost control, and let go of his dudeliness. He took a day of rest and made it a cause of anger and aggression. He let someone else’s undudely act make him less dudely and that’s not cool, man.

If we can learn to be a dude-under-pressure, that is a dude under any circumstance we might find ourselves in, then we can truly live the life the Dudeiverse intended for us.

Dudeism as a religious experience 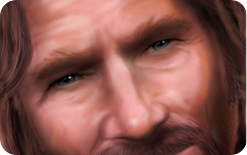 Dudeism represents a major contribution to the world’s philosophical and spiritual direction. Some of the greatest minds and souls of all time have realized that one of the hardest but most worthwhile things to accomplish in this life is reaching the level of being a dude.

Buddha referred to it as reaching”nirvana,” that is the ”blowing out the fires of hatred, greed, and delusion.” If you step back and meditate on it for a moment most of our troubles stem from exactly those three causes. 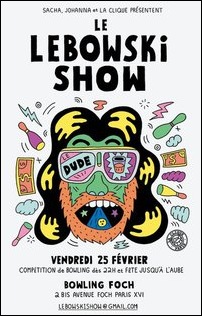 In popular culture, no verse of Jesus has been so quoted as the following line from the Beatitudes of the Sermon on the Mount, "How blest are those of gentle spirit. They shall have the earth for their possession." That is the translation of the text used in Monty Python’s The Life of Brian. The verse is also quoted directly or indirectly in Dead Poet’s Society, Little Shop of Horrors, HBO’s Carnivale, The Outer Limits, the television version of War of the Worlds and countless others no doubt because it’s unexpected truth resonates deeply with so many of us.

In the "Ethics of the Fathers" of the Jewish sages, what we refer to as Dudeism, is a re-occurring theme. Take, for example, the following teachings:

Dudeism as a Universal Truth 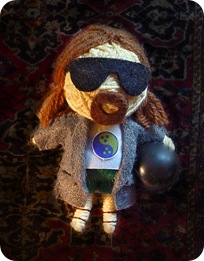 Great men and women throughout history have been dudes, inspired by other dudes and dudely teachings like the ones above. They come from all walks of life, all backgrounds including socio-economic, cultural and religious. No one has ever truly reached greatness who has not been a ”dude.”

Dudeism is a universal phenomenon that is equally as valid and true for any man, women, or child regardless of there place or date of birth. It transcends all borders, philosophical and geographical and pays no attention to color or creed.

Dudeism calls on you to be a dude whether you are at work, or at home, at a place of worship or at a sporting event. You are constantly presented with the chance to be dude or to be undude. That is the choice you must constantly confront in your daily life.

Dudeism is the Secret of Life 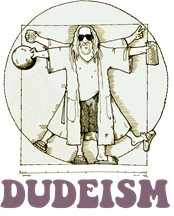 The secret of life is to learn to let the inner-dude take control and learn to ”take it easy,” one of the most important ethics of Dudeism.

When you master this simple but elusive principle your life will be totally transformed. You’ll be able to be the dude you really are. You’ll stop pretending or being ”forced” to be somebody else due to the circumstances life thrusts upon you. And you’ll discover the chilled out but intense, rich lifestyle you have always wanted.

The Dudeiverse has already blessed you and I with everything we need to be a true dude.

So let us go in to the world and do as dudes do.

As we do so, I bid you to remember…

You are the dude!

————–
Rev. High Dude Kevin Stillmock
Society of The Shomer Shabbos Dudes
“We don’t roll on Shabbos”
Kevin Stillmock is a producer based in New York and Los Angeles. www.kevinstillmock.com