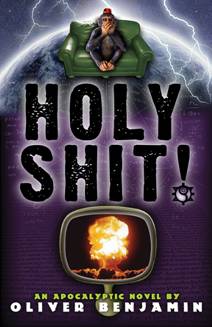 Oliver Benjamin is the author of Holy Shit!, a novel which takes a goofball approach to framing Armageddon. In a year conspicuously marked by literary attempts to reframe the end-of-days message, Benjamin’s book is unique in that it features not just Jesus Christ, but all of the world’s major prophets (with one notable omission).

Written in the phantasmagoric style of Tom Robbins, Kurt Vonnegut and Douglas Adams, Benjamin dissects, slaughters and subtly exalts the sacred cows of humanity, as well as take a critical look at what it means to “progress.” Have people improved over the last two millennia since the major world religions were codified? Has the human civilization experiment been a success or a disaster? Has technology helped or hurt our cause? Benjamin tries to shed light on these big questions. But if the Mayans were right, there’s not much time to figure them out.

Ed Doppel: Your book is a slapstick philosophical imagining of Armageddon. Do you really think the world is going to end in 2012?

Oliver Benjamin: Actually I wrote the book back in the 90s when everyone thought the world was going to end in 2000. When it didn’t, I figured I had another ten years to put it aside before end of the world scenarios became fashionable again. 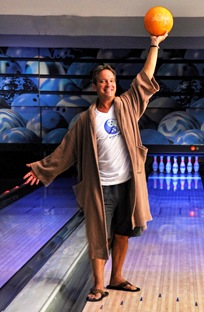 ED: So is the book out of date? Is everyone carrying around huge mobile phones?

OB: Not really. I do feature some celebrities like David Letterman and Jay Leno in the book, but they haven’t died yet so that’s cool.

ED: This is a story about Judgment Day. Are you religious?

OB: I don’t really know what that means. Religion is a word that is extremely hard to define. I do consider myself religious, though not in the sense which many people use that word. I see religion as the cutting edge of human awareness. But that cutting edge has to remain sharp to be of any use. Most followers of established religions have turned that cutting edge into a nice comfy pillow. It seems they’re afraid of cutting the very sacred thing they exalt. There’s a saying that the Buddhists have – if you meet the Buddha on the road, kill him. In other words, idolizing the abstract is the biggest barrier to experiencing it. You have to break on through to the other side. Most Buddhists these days would never kill The Buddha on the road. They’d dress him in furs and bling and sign him to a movie contract. On the other hand, Christians meeting Jesus on the road might kill him. But only because they’d think he was a goddamn dirty hippie. 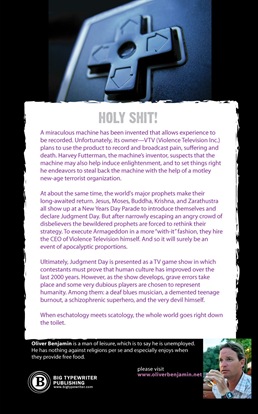 OB: Yeah. I’m not prepared to risk my life for my art. I chose to omit Mohammed out of concern for the sensitivities of the Muslim people, and also, out of concern for myself. It hardly matters to the book, though. The “god” characters in the story are relatively two-dimensional, as modern gods in scripture tend to be. The story is more about the absurd human characters who are charged with saving the world from Armageddon. It’s not an all-star team.

ED: You’re the founder of The Church of the Latter-Day Dude, better known as Dudeism, a religion with over 120,000 ordained priests all over the world. Was this book written before you established the church?

OB: Yes, before. The book was more or less finished in the mid 90s. I wrote another book (“Abyssinia”) after that one and then became a travel writer for a few years. Then I founded Dudeism in 2005. Somewhere around that time I re-edited this book and changed the title from “The God Squad” to “Holy Shit!” I’ve always been interested in religion, but I also think that the religious spirit is primarily a humorous one. It is through laughter that we come closest to the divine. That would make a good pull quote, by the way.

ED: Our webmaster doesn’t know how to do pull quotes. Anyway, L. Ron Hubbard wrote novels with sci-fi/religious themes before he started his own religion, Scientology. Are you trying to follow in his footsteps? 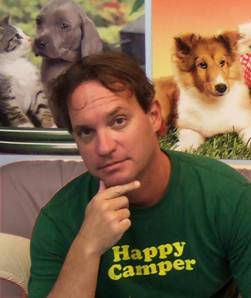 ED: That already exists I think. There’s an iPhone app.

OB: [censored]! I should have gotten on that sooner. Instead of writing novels that took years to write, I could have written a cookbook in an afternoon! Everybody can use a cookbook. I had some great ketchup recipes too. [censored]!

ED: So overall do you think humanity has improved since the days of the great prophets?

OB: It’s hard to say. In many ways it seems like we’re only now finally catching up to the Ancient Greeks. It’s no wonder that the Mediterranean diet is so popular these days.

ED: You seem quite fixated on food. 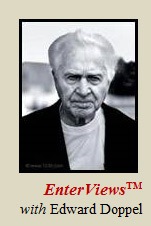 OB: I’ve only had a pop tart today.

ED: But food plays a pretty big role in your book – there’s a restaurant in it called Panagaea where every kind of food from all over the world is served, but in bizarre combinations.

OB: Yeah. I guess in some ways, food is for the body what ideas are for the mind. If we thought of religion and philosophy the way we think about food, we’d probably be a lot better off. Imagine if restaurants still served cuisine from 2000 years ago. For one thing, there would be way too much mutton.

Benjamin’s book is available in Kindle format at the Amazon store and in various other formats at Smashwords.