I used to be ignorant enough to think the word "feminism" was a bad, bad thing.  I don’t think I’ll ever come to a point in my life where I quit being embarrassed about something I did or said in the past.  That’s a good thing though.  I used to associate the word "feminism" with man-haters and crazy women who think the world would do just fine without the other half of the human race around.

While it is true to say this group exists, I don’t think it’s fair to say this is the face of the Feminist Movement.  This would be the same is saying the Muslim religious zealots who have been terrorizing the world in the "name of God" represent all Muslims and followers of Islam.  The is the same reason why I often try to distance myself from Christians in the news who go on record saying ridiculous things about God hating groups or classifications of people.  That sounds crazy, right?  Well it is.

I recently came across an article online at CinemaBlend.com  titled Guy Power: 10 Movies That Didn’t Need Girls.  The Hangover, a recent "guy movie," was the first film to be talked about along with 10 other films.  Around the middle The Big Lebowski was listed with this clarification and picture of Julianne Moore playing the character of Maude. 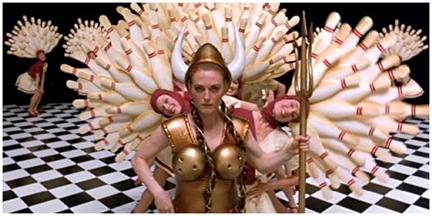 Considered by some to be too well written for raunch comedy classification, the Coen Brothers’ masterwork is a rambling, guys night out flick with swearing, boobs and drug use, the holy trifecta of hard R-Rated laughers aimed at men. From pedophile bowlers to abusive Malibu Beach reactionaries, there’s no character too weird for Los Angeles Country circa Desert Storm–except maybe one, Julianne Moore’s Maude Lebowski who provides her share of humorless, uncomfortable moments as the daughter of the real Jeff Lebowski on the hunt for babies and rugs with sentimental value. Vagina, vagina, vagina, she screams, asking The Dude if the word makes him uncomfortable. It doesn’t bother me so much as makes me miss Walter. Shut the f* up, Donny. I miss you too.

First time glancing at the article I thought they were saying these 10 films would have been better without female characters in them.  When I started at the beginning and started at the top, I was getting the impression that these are films better watched without females in the room.  Apparently it’s something to do with the lads when you’re off being manly.

Not only is The Hangover’s fundamental premise about a guy’s night out, it’s about a bachelor party, a retreat for men to go off by themselves to do coke and grind against the daughters of America. The fairer sex needs to be involved in this carousing, most definitely, but not women of respect, moral discipline or upstanding credibility. There’s a time for the wife and a time for the whore, and for a raunch comedy to work, a really skuzzy, emotionally depraved, felony-ridden raunch comedy, the men need to be separated from women they care about so they can embrace their most juvenile, disgusting proclivities. This isn’t to say women should be excluded from the debauchery. I love a woman who laughs at a funny sex story or participates in a case race, but the real seediness, the turn off the filter, take out the boner and roll up the hundred dollar bill absolute depravity has to take place without girls that matter. You never let the girl you love see you at your worst, and that’s the essence of a good raunch comedy. Men at their absolute worst. Their hilarious, selfish, horny, common sense-less worst.

The Hangover kept its women out of the fun, but here’s ten Classic Phil R-Rated raunch comedies which couldn’t find the right balance… 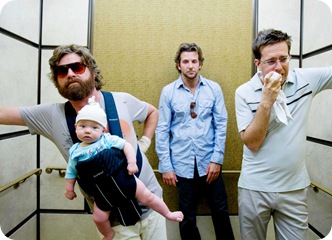 Couldn’t find the right balance?  What does that exactly mean?  At face value I can see this argument for this Coen Brothers masterpiece.  The cast is mostly men.  When you think about it Maude is the only woman with a prominent role with the exception of Bunny, who doesn’t actually have that many lines.  Off the top of my head other female speaking roles are the Nihilist’s girlfriend, played by the amazing musician Aimee Mann, Pilar the wife/caretaker/nanny (do we really know what her role was?) at the Seller’s residence, and Lou the waitress at the diner who asked Walter to calm down.  So what balance wasn’t found?  Are they saying there weren’t enough female roles?  Are they saying the female roles included were too much?  Was Maude too much?  Are we supposed to apply the Madonna/whore dichotomy to everything?

One thing I don’t like about the Lebowski pop-culture is how so many see it just as some raunchy stoner comedy.  In the past I’ve said it’s sort of like that, but it’s not really.  I could go into a long diatribe about content vs. purpose, intent and why film is an art form, but you probably don’t want to hear about that.  In fact, we’ll probably save some of that for a future podcast episode because what we’re talking about right now are women’s roles in film.

Can you imagine this film with Maude not being, well, Maude?  Here at the Lebowski Podcast we have even theorized that maybe Maude was the "Great Oz" behind the curtain pulling all the strings.  She knew everyone involved, and It’s like Lenin said, you look for the person who will benefit. And uh,uh, well I lost my train of thought there.  So what 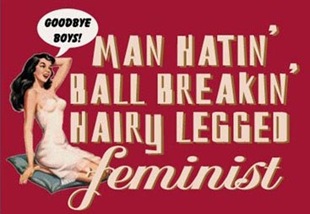 exactly is this balance that’s not quite there? And what’s this about Maude not being funny?  Maude is hilarious.  The whole front she poses with her made-up accent/affectation and high society ways, you’d think she’s at the core of feminism, but I think that’s what Joel and Ethan were poking fun at.

What this really comes down to is Jackie Treehorn’s style of treating objects like women man.  Am I just over-reacting here?  Maybe it’s because I just don’t enjoy the raunch movies like this article supposes all men do.  Is it really that great to complain about a film that brings in some humanity and feelings with its female characters?  I would call that a redeeming factor, but I’ve gone on and rambled quite enough for now.  What do you think about it?