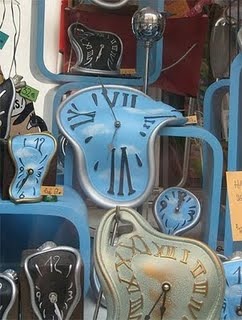 I’ve agreed to meet this guy at the bar at three. I walk in at three on the dot, not knowing whether I will find the guy a couple drinks into his afternoon, or not there…but a message saying he’s running 15 minutes late…its always 15 minutes, or just not there.

This guy is one of my more unique old friends…Joey Zhuang…or Joey Dude as we have taken to calling him for the past few years. Joey grew up in the neighborhood, is half Italian and half Chinese, is a private eye with a reputation, and, as we have all told him on many occasions, inhabits his own time zone, which moves along with him like some strange bubble, spacing out anyone within a few hundred yards. Its not that Joey is always late or always early, its just that he does not wear the same watch as others in the general population. We call this anomaly in the space-time continuum Dude Standard Time…DST for short…and I must admit that the old Duder Bar probably inhabits this zone as much of the time as Joey Z…as does The Duderino Lebowski, of course…the father of DST. I guess we should not be too surprised at the way JZ handles reality, of course, since he claims that he can document that he is the "great…plus 100 generations or so later…grandson of Zhuangzi …Chuang Tzu, to you…", notorious Taoist innovator, incorrigible prankster, and some say, early prototypical op for the King (ostensibly!)…a real "under the radar" way behind the scenes kind of guy. 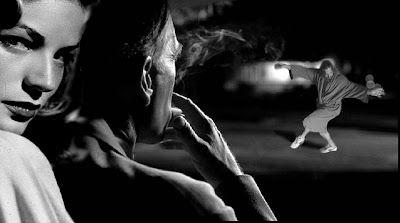 Joey Z. became Joey Dude after we noticed that he was beginning to greet clients and other visitors…e.g. us…in his home/office, dressed in much the same way that brother Jeffer was dressed at the beginning of the movie. What clinched it was what is now considered an epiphany laden situation, which occurred a few months ago, during which I and a couple of others from the Duder went to the local Safeway to buy half and half, and encountered Joey in the dairy section obliviously dressed in full regalia…robe, jellies, shorts, and so on…sniffing at an opened carton of the designated liquid. He was shocked and embarrassed to see us, and…we truly believe…did not realize he had left the house in his bathrobe. He stammered that he was on the verge of a breakthrough and hurried away toward the checkout. From the point on, Joey Z. was not just Joey Dude to us, but Joey Dude…the Bathrobe Shamus. 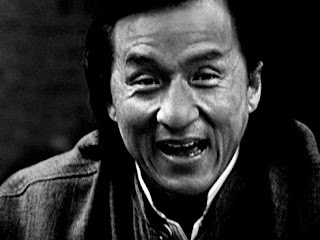 Later the night of what has come to be known as the “Bathrobe Shamus Incident” he showed up at the Duder unquestionably looking the part of the near-celebrity tabloid darling…the solver of bizarre, off the wall cases…the notorious San Francisco P.I. that he is. Looks a little like Jackie Chan, FYI. We all had a huge laugh. Joey never took himself too seriously…and still does not.

But I’m going on and on…back to NOW. I enter the Duder and look around. No Joey.

I walk on in trying to figure out where the familiar, booming, sonorously London accented voice is coming from. Hadn’t heard this voice for a couple years, but the lilting scotch/rocks laden tones are unmistakable…Reginald “Reggie” Hamm is in the house…

"Extreme BUSYNESS is a symptom of deficient vitality, and a faculty for idleness implies a catholic appetite and a strong sense of personal identity. Robert Louis Stevenson said that my dear friends.”

Reggie is holding forth at the far end of the bar. His small but captive audience is enthralled. He sees me and beams his Falstaffian grin.

“Reggie…you old fraud. I wish I had known you were coming, I’d have…”

We hug. Reggie is a great champion of The Idler…that across the pond publication that self applies the following…

‘ The Idler is a bi-annual, book-shaped magazine that campaigns against the work ethic.

It was founded in 1993 by Tom Hodgkinson and his friend Gavin Pretor-Pinney. The title comes from a series of essays by Dr Johnson, published in 1758-9 in the Gentleman’s Magazine. The intention of the magazine is to return dignity to the art of loafing, to make idling into something to aspire towards rather than reject. As well as providing a radical and thought-provoking read, the Idler is also very funny.’

“And so Reggie…what brings you to our fair city?”

“The what? Oh…you mean Stewart Brand and Brian Eno’s thing?”

“Of course Hieronymous…you and your Dudeists…I have heard the whole story, you know…you guys must attend the Long Now fund raiser. Tomorrow night. You guys claim to inhabit the long now, don’t you?” 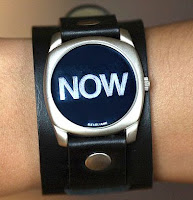 “You could put it that way Reginald…without so much snark in your tone. Has The Idler Time Investigation Team discovered just how long NOW is yet…by the way…as they announced they were about to do?"

“Progress Hieronymus…progress. All in good time. I dare say, more progress than you and your Dudenicks are making, I’ll wager.”

Joey Z. strides through the door and heads down the bar with that “I just got laid and you didn’t” smile on his face. He extends his hand. I grab it and do one of our complex, over the top handshakes. Reggie marvels.

“You must teach me the secret handshake Hieronymous…”

Reggie seems to recognize the name.

“I’m afraid not. Read about you in the Weekly World News though.” 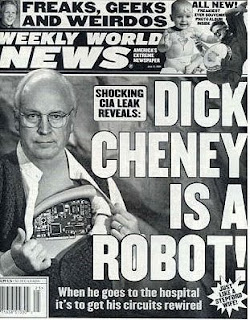 “Oh fuck…here we go again…I’ve been able to stop most of that shit. When did you see it?”

“What was it about?”

“You. Sounds like you get some interesting cases Mr. Zhuang.”

“You can drop the “Mr.” Reggie, “ I say. “This is Joey Dude, man…fuhgeddaboudit Z. Fuck it Joey! I told you you ought to write about your stuff yourself. Some drinks Louise…for the king of the tabloids.”

Joey look at me and glowers for a second before he cracks up.

“What the fuck…good for business, right? Long as they spell my name right…am I right?”

“Maybe my organization could hire you,” Says Reggie.

“Which organization would that be, Mr. Hamm?”

"Reggie, please, ‘Mr.’ Hamm was my father. The organization to which I refer is a branch of The Idler magazine…you might have heard of…"

"The Idler has BRANCHES? Yeah, I’ve heard of The Idler…buddy of mine in London turned me on to it years ago when it ran an article about a relative of mine…"

"No…really…not Chuang Tzu Hieronymus…another relative. Lin Yutang. Great piece in the Idle Idols section, or something like that…"

"Oh, how marvelous…Lin Yutang was your relative?" 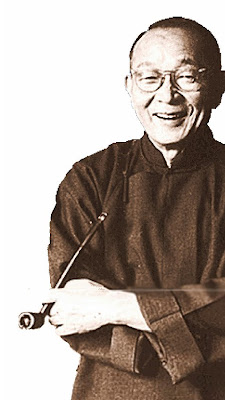 At this point, Reggie’s un-natural memory kicks in.

"As I recall…that article…’Lin Yutang’s main principle is that the freedom to enjoy life is the ultimate spiritual good. The question of happiness – “entirely neglected by Christian thinkers” – is not to be deferred in the name of abstract rewards. What reward could be greater than a life enjoyed as it is lived? Play without reason; travel to see nothing; a -perfectly useless afternoon spent in a perfectly useless manner – these are the kind of activities that redeem the art of living from the business of living. Lin was tormented by the perception that…all nature loafs, while man alone works for a living…’

Joey rolls his eyes and looks at me, "He was also an inventor, you know. Wanted to live off of royalties. Patented a Chinese typewriter, but it never flew. Too bad. Didn’t The Dude live off some invention in the movie?"

"Too bad. Too bad uncle Lin’s typer never…oh well. So Reggie…what would your branch of The Idler need my services for…seems kind of strange that…"

“Something we have to find. How long is the Now? Sounds like it would be right up your alley.”

“For a fee, I’ll tell you that right NOW Reggie. Fuck it…I’ll answer this one on the house…since you’re a buddy of my good friend here and all…”

“Now can be measured by measuring the time between just after before until just before after…OK?”

After a respectful pause…uproarious laughter. I request more drinks from Louise.

Much later, after Reggie has said his goodbyes, Joey whispers/slurs two pieces of information to me in what he calls "black op level confidence". 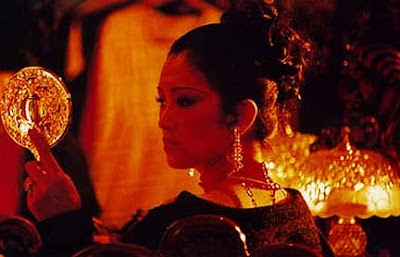 First, he tells a tale about a mutual friend of ours finally relenting and taking him on an excursion into the mythical labyrinthine city of vice beneath Chinatown and North Beach…maybe even beneath the building we are sitting in now. Second, he says that…unbelievably…yet another distant relative has passed along to him a set of, up to now, unknown writings of grandpa Zhuangzi/Chuang Tzu…frighteningly ancient knowledge which could "change everything". We are both a little fucked up by this time and he knows that what he is telling me sounds like some hallucination. He manages to write the url of what he says is a TOP SECRET SITE before 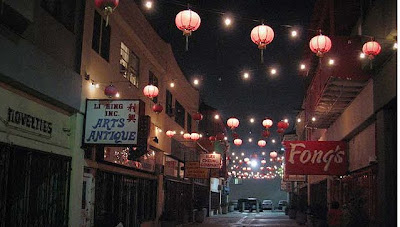 he stumbles out of the Duder and down the street.

“You mean you’re putting this stuff on the INTERNET?” I yell after him. “Even if it IS private you gotta be NUTS! Private for what…30 seconds after some kid bumbles his way into…”

Joey Z. has disappeared into the night.