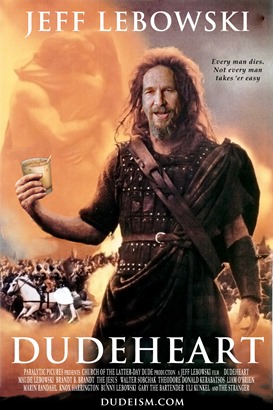 I would like to start this off with a little poem I wrote a few years ago:

See
I see the world through different eyes
I see you all pass swiftly by
I see you all hurry to save time
It’s hard to see when speed makes you blind.
I see how all things fit together
I see the stroke of the brush, the light on the feather
I see what’s real and not a glance
I’m not running around within my own trance.
I see mistakes, I see redemption
I see the flow around all this tension
I see the future and see the past
It’s right now that we are supposed to grasp.
I see the light, I can see the dark
In all of us they are a part
I can see these things, can you see?
There must be a lot of you like me.

In that poem I was trying to capture the way that people seem so intent on racing ahead that they often miss the here and now. No one takes the time to just chill, you know? Yeah sure you do, you’re on the Dudespaper website reading this so hopefully taking it easy right now like I am, It’s taken me a few days to get round to writing my Dude Testament and I thought I better at least make an attempt. So here goes: 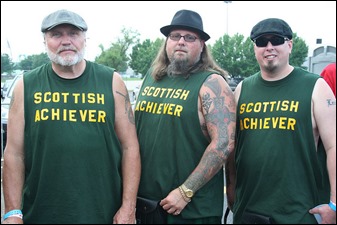 What does Dudeism mean to me? Well I’m from Scotland, so it doesn’t mean that I can perform weddings and stuff, It’s not recognized as a religion over here (yet). However, if a new Scottish law gets passed, so-called “belief ceremonies” like Dudeist weddings could be legally accepted by the folks down at the league office! Either way, I didn’t become a Dudeist to lead wedding ceremonies, but to put a name to the way I live my life, and maybe meet others who feel the same way.

Most people I know already subscribe to the same world view as Dudeism and they love the Big Lebowski, when I told my friends I had been ordained most of them thought it was a funny thing to do, or that it was some sort of joke. There were even some who were pretty hostile about it, saying "That’s not a real religion, you’re taking the piss" — that sort of thing. Most would ask me "Well, what’s different?" to which I’d reply "Nothing’s different." I’m not going to start preaching at anyone, I’m not going to condemn all the sinners, I’m not even going to act or do anything that I wouldn’t normally do. Anyway, the majority of my friends have been very accepting of the whole thing after being told what Dudeism is really all about. 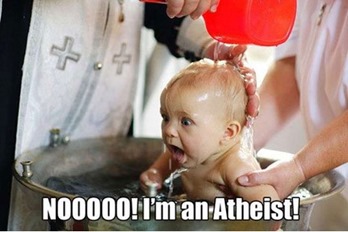 I was baptized into the Catholic church when I was just a baby with no say or choice in the matter. As I grew older, I realized that while the basic message of the Catholic, or indeed the Christian faiths (which boils down to "try not be a dick") is pretty cool, but there is just far too much nonsense there, too much dogma. It used to be that if you didn’t eat fish on a Friday you could be excommunicated and declared a heretic. What’s up with that? So as I grew older and realized that it wasn’t for me, I tried to explore the so called "new age" religions which seem to be based on more ancient religions which no one knows much about for certain, so folks have had to invent a lot of their beliefs and content. I’m talking about "Druids and witches" and those who call themselves "pagan," which as far as I know was a term used by the Catholic church to describe anyone that they hadn’t sent missionaries to. Pagan referred to the “uncivilized”: the word just means “rural.” 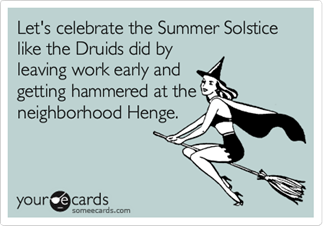 In my experience these so-called “pagan” religions seem to be full of people that place far too much emphasis on all the wrong things. I mean I have some friends that claim they are Druids, which is cool if that’s what they want to call themselves. They held this big event thing for Spring recently, yet it seemed more about dressing up and putting on a show than it did about nature or doing anything Druid-like. I mean they have meetings but these are meetings with coffee and cookies in someone’s house with a TV blaring, not out in the woods surrounded by nature. As far as I know none of them actually do anything in nature. They don’t grow anything or keep gardens, just love to share their pictures on facebook with all of them dressed up holding some ornate torch before getting in their fuel-guzzling car and going to their bank job. Surely religion should be about more than just appearing cool or mystical or anything like that for your friends? I might be wrong here, but that’s not for me. 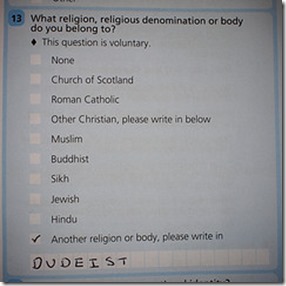 So since I joined Dudeism, nothing much has changed for me, well except that I have something to write in the "religion" box on forms or applications etc. Apart from that, I’m still taking it easy and trying not to be a dick to people, still doing exactly the same things that I’ve always done. I was chuffed to be ordained and it gave me a good feeling. I’ve been sharing the page and I know of at least five people that have since been ordained through my links. Like I said, many people I know already share the same world view so Dudeism has great appeal, whether they are joining for a laugh or for more spiritual reasons I don’t know. People can do what they like as far as I’m concerned, so long as they’re not harming anyone and are having fun and smiling and laughing; then its all good, more power to them.

I sent the main Dudeism page to a friend of mine who has been diagnosed with cancer, She’s been very depressed and feeling low, and she had such a good laugh with the page and the religion and got herself ordained too. It cheered her up a lot, so even that in itself is a good thing that’s come out of me becoming a Dudeist and something I am thankful for. I’ve been able to do something I couldn’t have done before, cheer up my depressed friend, I guess it’s the little things like that which make it all worthwhile. 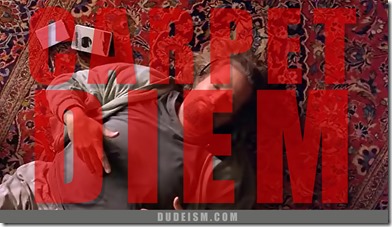 For me that’s what religion is about: feeling happy and being kind. I know for a fact that there are many people in the world who get genuine happiness from their respective faiths whether it be Christianity or Islam or whatever. Personally I’ve never had much faith — I think that comes from never being worried too much about the future and never dwelling too much on the past. I’m a live-in-the-moment kind of guy, maybe a bit impulsive. One day I might do this and the next I do that depending on how I feel at the time. That’s why Dudeism suits me, It’s the only thing I’ve come across which combines the good points I like about various religions with the good points I like about life and doesn’t label people or try to control them or put them into little segregated groups. For me it’s about having fun and spreading a good positive message and if it means something different for you then that’s cool, no one is going to tell you that you’re wrong or you don’t understand or that you need to do it differently; no ones trying to control your mind with fear of the unknown or some paradoxical father figure who loves you but will send you to the fiery depths if you don’t do what he says. That’s not for me, again I could be wrong and am going straight to hell for saying that, well if that’s the case, I may as well relax and have fun before I go, right? 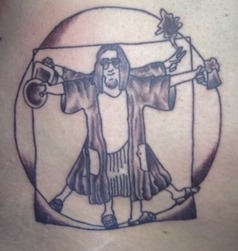 Anyway, I’ve rambled enough for now, thanks for taking the time to read this, maybe you feel the same, maybe you don’t and just in case I’ve depressed you with my rambling I will end as I began with a little poem I’ve written, I know it’s cheered some folk up and it’s been around the world already from Australia to America, to friends and family. So maybe it will cheer you up or maybe you know someone who could use some cheering up, so feel free to pass it on if you think it will help.

A Smile
Just a wee rhyme to pass the time as I kane another beer.
Purely medicinal you understand, to wash away some fears.
Hypothetical these fears they are, not real one’s true.
Still doesn’t help though when they pile up on you.
Help you all if I could, but what advice could I give?
I ain’t a sage or a saint, not even half my life I’ve lived.
So what could you or I hope to give, if we are all scared?
How about a smile for a start? Those fears beware.
Just one little smile, to fight back the dark.
Someone else will see it too and start to smile back.
So that’s you and me smiling, your mate sees it too.
So that’s three people smiling all because of you.
See how it works? You should give it a try.
One wee smile affects so many lives.
So I ask again what can we do?
You smile at me, I’ll smile at you.