A Dudeist Interpretation of Running

“Fuck it, let’s go bowling”, a statement that may very well embody one of the key recreational facets of the Dudeist way of life. Although, radical as it may sound, I’d like to play around with that statement and reform it as such; “Fuck it, let’s go running”. In my experience the word itself makes some people uncomfortable. Running. The task can be seen as exhausting, strenuous and maybe a lot like work but does it have to be? I’ve been jaunting for, well, umm, a while (maybe?) and find that it, like a well-placed rug, really ties my room together (so to speak).

Running may seem out of one’s element and first timers to the trail may feel like a child who’s walked into the middle of the movie with no frame of reference. However that’s alright because 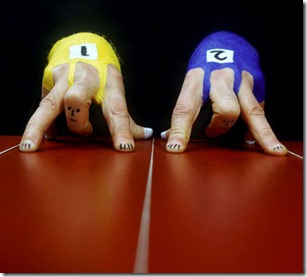 starting off with no knowledge can sometimes be the best way to start. Okay, first and foremost it is important to know how to proceed without threat of injury. Proper footwear and stretching (maybe some form of yoga?) are essential to keeping the body limber and relaxed, because that’s going to be the goal here, relaxation.

Running can be all about taking it easy; in fact I find the best way to get my mind relaxed (aside from a few hours rest on the old couch, Caucasian in hand) is going out and jaunting. Being active is a concern some people face, and it can be hard to get into a routine and once we start thinking along the lines of scheduling suddenly running seems more like a chore than an exercise in mindfulness. The act of going out and running should never seem like a ‘must’ or a ‘have to’, it should be done because you ‘want’ and ‘feel’ like it. Running is about just that, feeling. It’s about feeling the right pace for you, feeling at ease with your surroundings and feeling at one with your inner Dude. 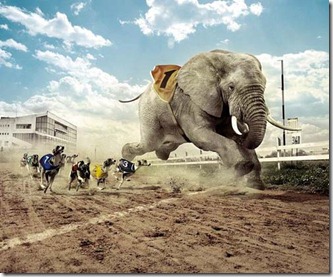 Incorporating Dudeist practices is very helpful to the whole darn thing. Dudeism is to me all about going at your own pace and saying ‘fuck it’ to the reactionaries, achievers and nihilists of our day to day lives. Running can similarly be seen as such. It’s cool to dig the styles of others but the way I see things if your spent, gasping for air and overly in pain after jaunting then it just doesn’t seem worth it. For example, a while back a friend of mine asked me to join him for a run. I say sure because whenever I go out with someone else for a run I see it as a great time to just talk and bond with someone. So we get to our starting point and what I did not expect was my friend sprinting away leaving me in the wake of his dust as though Nihilists’ were after his Johnson. 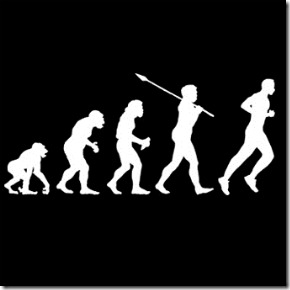 Slightly puzzled by this I take off after my friend going faster than I normally would hoping to catch up to the point where I was feeling harsh and exhausted. I noticed up a ways that my friend was standing and waiting for me. Just as I catch up he books it again. At this point I realized something; to my friend running is like a league game. It was all about the time, there were rules and if you didn’t push yourself mercilessly then it wasn’t running to him. Upon this revelation I said to myself “fuck it”, and went at my own pace no longer concerned with catching up to the leader of the pack but rather going at it for my own enjoyment (life’s a lot like that isn’t it?).

By the time he and I made it back home he was beet red in the face, gasping for air bent over with his hands on his knees. I however casually jogged up to him, took a moment to catch my breath and that was that. See, to my friend it was all about showing who was the fastest and who was the amateur (a very Walter approach to things) and that left him exhausted. In this very tortoise and hare scenario the tortoise didn’t win or anything but it was never about winning or losing to begin with but uptight thinking can turn just about anything into a contest. The interesting thing is that even with our difference in speed we both ended at the same finishing point around the time only one was worse for wear than the other. 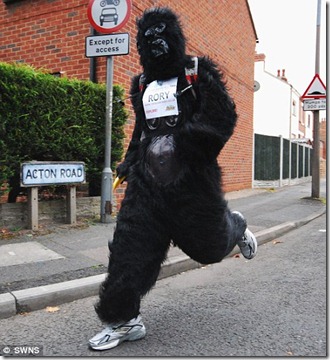 It was kind of an epiphany. Yeah, you can go about life in a rush treating even the most simple of activities as some kind of contest or challenge. You can constantly be comparing yourself to others and setting the bar for excellence (although we should all be familiar with the nature of bars). But in the end that’s just tiring.

Tying this all back to running let’s just say you’re not athletic or have absolutely no interest in it whatsoever, that’s cool. However, let’s say you try and you see people speed past you or dressed up all tightly in spandex uniforms all professional like while you just ran out of your home in whatever was most comfortable at the time. That’s all good. Hell, you may even pass a few people on your own jaunt but it’s not about that. It’s not about the speed, the spandex or the time you take because we have nothing if not time.

The trail digs all types of styles, so snap on some headphones and listen to some whale sounds and just go. This may come across as rambling and maybe I lost my train of thought half-way through the whole darned thing but somewhere in this long winded exposition I’d like to think I made some sense so I’m left with saying “fuck it, let’s go running”.