News from Dude Zealand: How to Get a Higher Education Without Really Trying 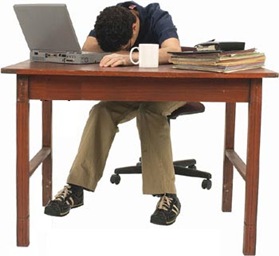 Good to be chatting with you. I hope you always have some herb and a Caucasian close at hand these days, because these times aren’t just a-changin’, they’re a-fuckin’ with us. Hard.

But let’s not dwell on this love-of-money-fucked-the-world shit. Let’s just agree that conditions that make the model civilian go looking for more work will usually impel a savvy dude to seek refuge elsewhere in, well, just about anywhere else. For this, I have a suggestion. Wait for it?

Yes, you read me right, graduate school is an excellent place to be right about now, and I can show you how to use graduate school to ride out the next few years, worry free. Why should you bother, you say? Here’s why: (1) school loans are easy to get and even easier to ignore once the checks clear; (2) the best dope is grown by horticulture majors near almost every major campus; (3) student housing is cheap; (4) undergrads worth talking to will be impressed by your dudeliness; and (5) see #s 1 & 2 above. 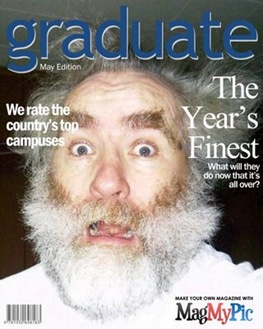 “Okay,” I hear you say, “that all sounds good. But fuggedaboudit. I’m no frickin’ Carl Sagan” — a man who, by the way, was an avid, inspired dope smoker — “I was just a lousy Communications major who paid good money for my senior thesis on The many wonders of the handshake. How the hell do I stay in a graduate program?” I hear you ask.

Do not fret. I have three words for you: the social sciences.

Yes, a graduate program in the social sciences is easy, not entirely uninteresting, and requires only one real skill: the ability to produce academic research papers. I know, I know, why bother learning that when there are so many fine papers online to cut and paste from? Well, dude, it’s one thing to default on school loans, buy liquor for underage undergraduates, and impress the gender of your choice with your innate and sophisticated ability to abide, but c’mon, every achiever has his or her pride. Besides, when you finally get to present your thesis or dissertation at a conference (go for the per diem, stay to present), you don’t want the dude who unwittingly wrote most of your fourth chapter to stand up all pissed off and shit. While some aggression will not stand, man, why invite it?

Okay, so here it is, your guide to writing academic research papers. You may cut and paste from this guide as you see fit, just be sure to use an in-text citation that says where you got it from (aha! You’re learning already!). It may be my honor to someday sit in an audience at a conference and hear you read my shit as your shit.

This is where you hook your reader into reading the first paragraph, in spite of their better judgment. Pretention and pseudo-cleverness are all the rage lately, as well as the over-use of the colon. Use this template for a winner every time: 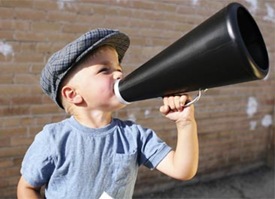 Annoyingly clever-seeming title prefix that contains a pop-culture reference and reveals nothing
:
even more annoying second-stage title prefix designed to make you think the author is real smart, smarter than you
:
actual title, that, if it makes any sense, will be by accident
:
title suffix that shows you’re trying too hard, not recommended unless you’re faking the whole thing

Dude looks like a lady: Neo-contextualization of deconstructed craft-wrought wearable textiles in a zero-point energy field driven milieu: How the cut of Dumbledor’s wizarding robes reveals that he likes dudes: All seven books in review 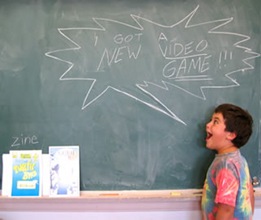 Here’s something that usually works — tell them here what you’re going to tell them in the rest of the paper. Easy enough, eh? Start with something shiny and upbeat, but keep it simple. Save your adjectives and adverbs for later. Only first, start with a smarmy epigraph from a completely unrelated text that shows off your ability to make cross-discipline connections. What’s cool is that it doesn’t even have to make sense because when your readers don’t get it, they’ll assume it’s their fault. IMPORTANT: make sure that the epigraph is from a discipline that your typical reader will know nothing about, and don’t attribute it correctly so they can?t look it up.

For example (epigraph only): 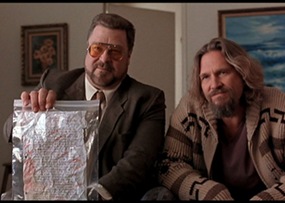 In this section, you?re not telling them what you’re going to tell them yet, you’re telling them what on earth it was that kept you awake at night that made you write this paper. Chances are it was anxiety from not caring much about anything other than where to find horticulture majors at 2am, as well as anxiety about not having written this paper, which is due in about ten hours. But don’t write that down here, don’t write that down at all. Any of it. Go back to your title, find some topic in it somehow, and, if it’s not in Wikipedia, then Google it. Find a good paragraph or two to cut and paste (yes, but only this one time), use a thesaurus on every third word to foil plagiarism software, and voila!, there’s your intro. 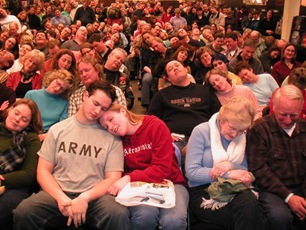 you read all the recent, relevant articles and essays on your topic. Riiiiight. Do you know that saying, “If you read thirty articles on a topic, you become an expert on that topic?” Well, if you pretend to read thirty articles on a topic, you can pretend to be an expert on that topic, too. Be sure to use lots of pretentious, judgmental language that disagrees with a lot of what you’re pretending to have read, so that your readers will be impressed with your ability to generate an independent yet informed opinion. Litter this section with in-text citations, the more the better. Make sure they all refer to actual entries in your bibliography, but those entries don’t have to refer to real books or articles. No one looks further than the bibliography. (If someone does ask about a bogus entry, like your professor, for example, say it was a rare, rare publication that you checked out and returned to your hometown library the day before it burned to the ground. If they persist, tell them that your high school girlfriend/boyfriend was the librarian that day, and that you’re too encumbered by grief to continue the conversation.)

The cool thing about research? No one knows when you fake it. Those polls on Fox News that say that 73% of Americans believe that Barak 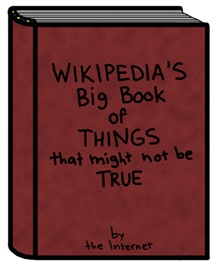 Obama is the anti-Christ? They make those numbers up in the break room during commercials. When NBC says that 66% of Americans are opposed to gay marriage, they’ve actually only asked three of their interns, two of whom are from Brigham Young University. See how it works? Once you determine your intellectual stance, your position, just “find” the “facts” to support it. Avoid those messy informed consent forms and those long, long months waiting to hear back from an ethics committee. Make shit up! If it’s good enough for the fourth estate, it’s good enough for any dude. (If anyone asks, like, your professor, just say that your research paradigm, your methods, and your analysis are all covered by a non-disclosure agreement signed by “a major corporate sponsor” that can also not be named. Imply that if he plays along, there might be a piece of the action for him at some point.) 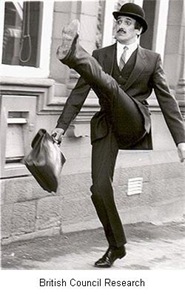 See Number 5 above. Say things that support your agenda, “proven” by the “data” that you’ve painstakingly “gathered.”

This area in the essay is gold, absolute gold. Get someone who knows what she’s doing to read a draft of your paper before turning it in. Anything she asks you about that you didn’t think of beforehand, just say, “That’s an excellent question, that certainly is a direction for further study,” and write it down. You don’t have to do anything about it, just add it to this section. (If your professor asks why you didn’t explore any of these directions before turning in the paper, just nod ruefully and say, “I would have loved to, dude, but I ran out of funding.” Absolutely everyone in education will accept that answer and sympathize.) 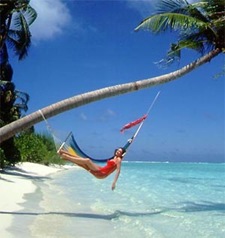 to again add a sage quote, but always end a paper with your own words, the best word of the essay, in fact. Not only does it show your readers that you’re smarter than the person you’re quoting, but it’s also a chance to mislead your readers so that they won’t spend time reflecting on all the bullshit you’ve just tried to foist off on them.

So anyway, I hope these times are good to all you out there, and that your ability to abide remains undiminished. I know that readers more clever than I am have other, less complicated ways of rolling with the times. But, like the Dude, this is the case which has been my duty to solve, the modest task which is my charge. I hope I’ve helped make you privy to all the new shit which has come to light.