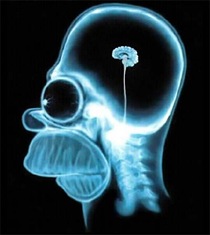 I’ve been wondering about consciousness. To me, consciousness basically defines a person (or animal). Often, I have the feeling as though most people around me are entirely products of the environment acting upon them. The following might be elitist or jackassist, but many people seem empty to me.

My experience suggests that the major contributors to decrease consciousness are: positive feedback, alcohol and dependence on others. I’d file constructive criticism, weed and intellectual independence under “factors increasing consciousness.”

Now, to my understanding, a dude goes with the natural flow of things. Does this mean a dude is not conscious? Is productivity (specifically artistic productivity) it frowned upon? And can I use big words?

Thanks in advance,
Paddy

P.S.: I like traveling. I’d like to spend many years following my high school graduation just walking the planet. Or is vagabondage incompatible with Dudeism if I make money from playing guitar on the street?

It seems like you?re going through a process all young folks who think a lot and smoke a lot of weed go through: an existential crisis. Perhaps you’ve been reading a lot of Sartre or Kant and wondering just how much of the world is illusion of our own point of view and how much of it is real. Or maybe you’ve been studying development stage theories made popular by modern Psychology. Then again, it?s also possible that you’ve been taking mushrooms and listening to Tony Robbins tapes.

The point is, your questions have baffled thinkers since the beginnings of organized thought. “Consciousness” is a really big word. Perhaps the biggest word in the dictionary. It’s even more hard to define than other big words like existence and God and (our personal favorite) abide.

A really excellent book on the concept of consciousness is Consciousness Explained by Daniel Dennett — rather than throw in conjured-up jargon like dasein and ding-an-sich to explain impossible ideas (as most philosophers do), he roots all of his investigations firmly in rational argument and illustrates them with captivating metaphors.

As for your question regarding whether or not “going with the flow” is a negation of conscious growth, the answer here would be a big negatory. That’s because — if we understand it correctly — the concept of “flow” in the philosophical sense does not refer to a stream that’s marked out for us which we’re obliged to follow, but rather pursuing own free-ranging “stream of consciousness” (to borrow the literary phrase) in treading a path of development. 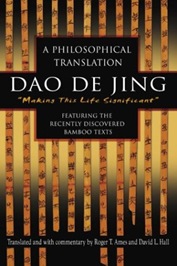 Dudeism is heavily influenced by Taoism, and although Taoism illustrates the idea of flow with a stream acting in accordance with nature, human beings are not streams of water — that is, it is “natural” for us to willfully, freely and consciously pursue an idea, a whim, or a question to its conclusion, or perhaps just another tributary. In fact, Lao Tzu’s idea seemed to imply that many of the dictates of civilization impede this “flow” by putting up dams which halt personal development. (Damn!) See this remarkable new translation of The Dao De Jing for a modern and detailed unlocking of the Tao Te Ching’s philosophical implications. Also, for more on the concept of “flow” read the book Flow by Mihaly Csikszentmihalyi, the concept’s originator.

In this Dudeist/Taoist/Flowist line of thinking, the people you disparage for being “products of their environment” and “empty” are not “going with the flow” at all, but rather marching along in goose-step with a covert fascism. Even in supposedly free societies like the ones in the West, where there may be no obvious fascist dictator, fascism can be built into the system without us even realizing it. There’s an excellent documentary on the subject called the Century of the Self which explains how the free market mindlessly manipulates the anxieties of the masses; note that it?s not another one of those idiotic conspiracy theory rants, but rather a sober and well-reasoned look at the phenomenon. 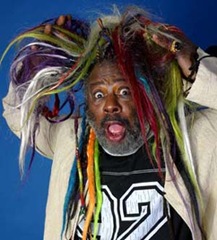 In summing up — just take it easy man. This doesn’t necessarily mean one should be lazy: Takin ‘er easy just means don’t get needlessly worked up about stuff. Don’t sweat the small stuff, nor the big existential stuff either. As we’ve pointed out before, George Clinton put it this way: “Free your mind and your ass will follow.” In other words, go with the funk, or the flow, or the what-have-you. Sometimes words just ain’t enough.

And definitely, definitely do everything you can to get on the road with your guitar and see the world. There may be no better way than to experience “flow” than by vagabonding, busking and boozing it up with the good people of the world. And of course there?s nothing wrong with making money at it. You gotta feed the monkey.

Hey, and we hope you write plenty of songs about your experiences. You’ll have plenty of material. Write one that references Dudeism or The Big Lebowski and we?ll post it here. Bon Dudeage.