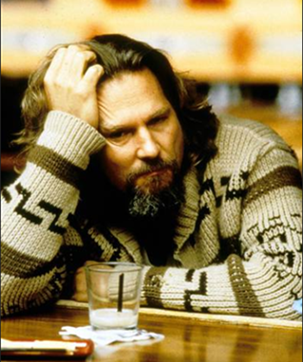 Words, affirmations and sayings – sometimes it just makes me want to puke. We definitely need them, but here’s my plain view: when it comes to sharing, well, sharing our personal experiences – both of successes and failures – is far more valuable than ‘inspirational quotes’. Here’s a recent story of my own. It comes from my half of an email exchange with a good friend. – MW

This past December I reached a point in my life. There was a clear insanity I was in. The things I was dealing with at work were not healthy. The urges to be ‘more genuine’ within myself were too submerged. Money had stopped flowing, yet I had customers demanding more and more… for no income. I was dealing with some of the most contentious clients I have ever encountered – people who were clearly mentally ill, but were in positions of power and influence, and loved the abuse of those privileges.

Finally, I snapped. On the spur of the moment I resigned from my main account. I turned off my cell phone and email, and refused to check them, completely ignoring the phone and email for 4 weeks. Not necessarily the best way to react, but that’s what I did.

Meanwhile, I was mid-stream in the middle of a brand new software start-up, which I had co-founded with two associates and my oldest son. 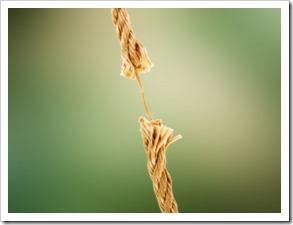 I went to the doctor in mid-December for an annual physical that I had arranged some months before. He discovered my platelet counts were quite low. This had happened to me twice in my youth, a stress reaction to surgery and heavy courses of antibiotics and steroids. It had nearly killed me as a young man, because the platelet count had plummeted so dangerously low. Dormant for over 40 years, here it was again.

My anxiety levels were high. The doctor immediately ordered me to begin taking an anti-depressant, anti-anxiety medication. There was even talk of removing my spleen in the event the platelet counts didn’t start rising again.

I told my doctor that I was convinced the platelet drop was stress related. He also believed there could be a correlation, as did my hematologist. I decided that whatever the price, my life was going to change – and in a big way. I was undeniably mentally ill, and needed to change. (My platelet counts soon rebounded, as my stress levels fell, and I began to re-tune into a calmer place in ‘Mark’.) 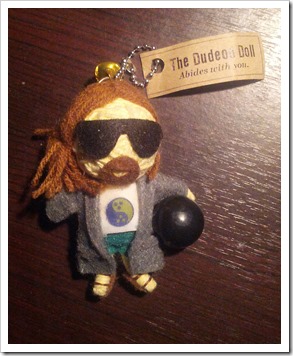 In June of 2012, I had chanced across the Dudeist site (www.dudeism.org). The religion uses the fictional character of the Dude (played by Jeff Bridges) in the film ‘The Big Lebowski’ as a main influence for the religion. The Dude represents the Taoist sage who, detached from the world, has an unperturbed approach to life. Or, as the Dude would say under certain circumstances, "Fuck it. Let’s go bowling."

I had been through difficult but defining moments in my life before, so I was not sailing in totally uncharted waters. I had experienced how previous life circumstances had driven me to some extremely low places, and how sometimes I had failed to respond well. But other times I had made positive changes in the midst of dire circumstances. I had enough experience in this to know that, hey, I am in one of these again. Knowing that, I recalled that these moments bring with them an opportunity for momentum and a completely new direction. I cast aside my concerns about money and moved forward. 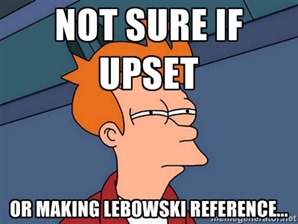 In the last 6 months, I may have made all of $12,000. The past two months I’ve had no income at all. I am living below poverty standards by some measures, and certainly far below what it takes to survive in an expensive area such as southern California. Our meager savings are depleted. We are really scraping bottom, but I know the direction is better and ‘truer’ than before. The money is just now starting to come in again. Not much, but it’s going to be just enough for the moment. And I have confidence, not only that the direction is correct but that things will turn financially in the timing of when it’s correct.

Once you wade out of the shallow end of spirituality – or maybe it is better to suggest wading out of the shallow end of life – then what do the deeper waters hold? Many times over the years, I have both shared and written that a certain type of experience is needed, one in which a transformative realization occurs which moves us from ‘talking the talk’ to the first early steps of ‘walking the walk’ – but this time for real. I’ve always sought out the genuine, the stuff that really changes you in a fundamentally better way. 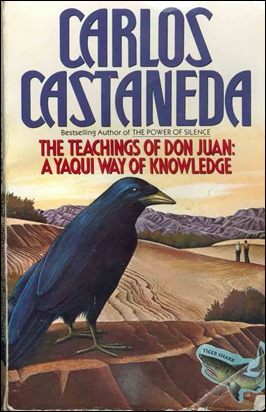 Carlos Castaneda wrote about this. One of his characters, don Genaro says to don Juan, "In my journey I don’t even find the familiar landmarks I used to know. Nothing is any longer the same."

Having left the familiar behind, his journey was now one of uncertainty in the unknown. What landmarks was he to use? What certainty was he to reach for? If the comfort of the familiar was forever gone, what comfort was to be found in the darkness of the unknown?

It’s one thing to cast off the past and venture forward into the unknown, stumbling and fumbling as we go. It’s clear why that can elicit panic. It’s another thing to walk into and through the unknown, time and again, and have a sense of direction, along with an ability to see the local guideposts.

Knowledge of the nature of the trail is important. It’s simple to walk the path of the unknown, unless you are short on experience, and are clueless about the guideposts and trail markers. 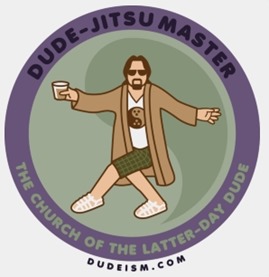 Are you floundering, or are you steady? Because the steady traveler has learned how to walk with certainty in uncertainty. If we can’t do that, then that’s a problem – and we are justified in becoming panicked.

I am not a soap box evangelist. I don’t believe in shouting down panic by telling everyone else how much I’ve got my act together. But, like so many of people, I’ve climbed some mountains and I’ve also crashed head first into some pretty deep valleys. At first, I had no idea how to deal with the cyclical nature of Nature and its many ups and downs. I was a guy without a compass. Sometimes I was fine. But there were times I was screaming silent, private screams in my own versions of hell.

I enrolled in a Jiu Jitsu school nearly 25 years ago. After a couple years, I changed to another school, another Sensei. I was introduced to universal principles. I studied them, practiced them, for years. And years. Still do.

While I am not out to persuade anyone, trail markers exist. Experience versus opinions? Give me experience. I don’t really want life-preserving advice from someone who watched a video about the Appalachian Trail; I want to talk to the person who actually walked it, who has the experience. 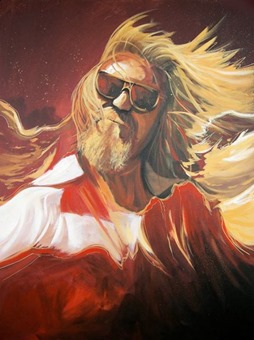 So, when I am sitting around the campfire of life, and someone asks me about the trail up the mountain or the wilderness on the other side, I think the respectful thing to do is to be genuine and honest. You either have a sense of the unknown, or you don’t.

We each have what I call an ‘inner truth barometer’. We may not always know how to tune in to it, but it’s there. It’s like a compass that points to True North. It’s what I listen to. Some of us are better at it than others. I am trying to get better at it. Even when, every 40 years or so, my platelets crash.

Previous Post: In the Beginning was the Word “Dude”, Where Lao-Tzu meets Mr. Zig Zag and Dr. Zog’s Sex Wax
Next Post: Thanks, Dudeism!