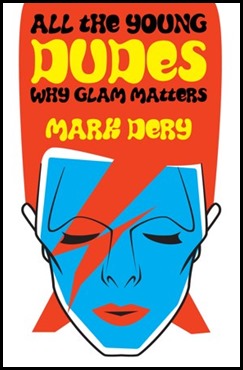 As America’s first listener-supported radio station, it’s one of the few media outlets on the airwaves today that unabashedly carries on the radical spirit of the Dude’s uncompromised draft of the Port Huron Statement.

Along with its genuinely leftwing news coverage and eclectic range of music from around the world, KPFA broadcasts a lot of in-depth cultural analyses, which isn’t surprising considering the station’s proximity to UC Berkeley and its potentially easy access to Thai sticks.

Apart from some of the connections I’ve made here between KPFA and The Big Lebowski, though, it’s rare that the station’s cultural programming focuses at any length on the Coen Brothers’ cult classic. The SubGeniuses on KPFA’s The Puzzling Evidence Show do once in a great while, but they make references to just about everything at some point.

That wasn’t the case a couple weeks ago when a KPFA show called Behind the News with Doug Henwood featured an interview with Mark Dery, the author of a new e-book/essay entitled All the Young Dudes: Why Glam Rock Matters. 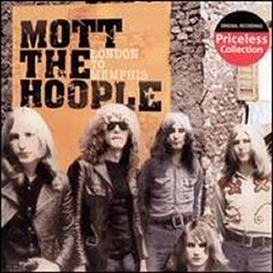 The book’s title , of course, is taken from the nihilistic ‘70s glam-rock anthem penned by David Bowie and made popular by Mott the Hoople (not a band name I would self apply). Based on the somewhat heady interview Doug conducts with Dery beginning at 31:45, it sounds like it’s a purty good story that Dery tells about sexual politics, glam as a form of rebellion through style, and what-have-you.

During the interview, Dery even establishes himself as a worthy fucking etymologist (beginning at 41:18) when he delves into the various meanings that the word “dude” has carried across the sands of time.

If the link to the show is no longer available online, you can download the audio here. However, because we’re also into that whole brevity thing, I’ll wrap up what Dery says about the “bodacious and obnoxious and imperishably vulgarian” frat-boy use of the word “dude” in the current parlance of our times compared to our ethos’s take on it beginning at around 43:18: 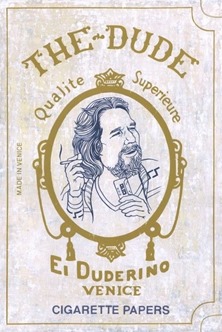 Now move the needle a little bit back on the time-traveling chronometer and we arrive at probably the best known instantiation or incarnation of dudeness, which is The Dude in The Big Lebowski, which is a slightly more, I hesitate to say feminine, but a slightly less hyperbolically gonadal, balls-that-clang macho use of the term “dude.”

And that Dude is a go-with-the-flow…it’s sort of the Zen of surfer-hippie consciousness walking on sunshine, preferably blotter-acid sunshine. You know, nothing-touches-me…It’s sort of the moment where Lao-Tzu meets Mr. Zig Zag and Dr. Zog’s Sex Wax.

It’s very ‘70s and it sort of channels the dudeness of ‘60s masculinity, imperturbably mellow.

Dery goes on to discuss the even earlier origins of the word ‘dude,’ but, frankly, my fingers are kind of exhausted from transcribing his loquacious ramblings. I dig Dery’s style, but does he have to use so many cussedly academic words?

If you’re innerested in learning more about the etymological origins of the word “dude,” listen to the interview while it’s still archived or you can check out what our own Dudely Lama has written about it in The Dudespaper…and in plain English, too.

In the meantime, we’re thinking of contacting Mr. Dery and seeing if he’ll help us develop a new academic discipline here at Dude University: Advanced Dude Studies with a minor in Thai Stick Philosophy that includes an elective in Dr. Zog’s Sex Wax.