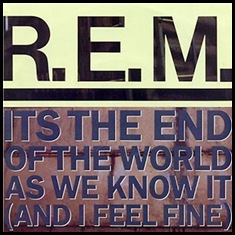 "That’s great, it starts with an earthquake…"

Not only is that a line from one of our favorite REM tunes, it also happens to be what some folks believe is going to happen this weekend.

According to a fundamentalist radio preacher named Harold Camping, prepare to have your plans for Saturday night micturated on. That’s when he claims a massive earthquake will rock the world after Jesus (Christ, not Quintana) returns to Earth from his 2,000-year sabbatical.

The May 21 Earthquake will come on Judgement Day when Jesus saves all the true believers and brings them to Heaven. Those who truly believe in God, regardless of whether or not they agree that the May 21 Doomsday is real, will be saved in the Second Coming of Jesus. Those who do not believe in Jesus and God will be left behind in the Rapture to experience the End of Days. God will not save any more people during the final five months of Earths Existence before it is destroyed, along with all of humanity, on October 21, 2011.

“The End of the World is coming,” Camping concludes ominously. “How will you spend eternity?” 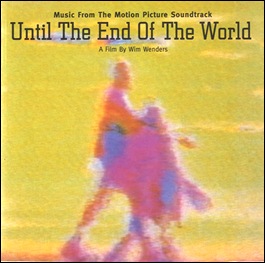 We would dismiss this prophecy from Camping, who also predicted the world as we know it would end in 1994, as laughable, bush-league psycho stuff if it weren’t for the media hype surrounding it. Apparently a number of people have quit their jobs, are proselytizing around the country, and even dumping their life’s savings into proclaiming the end is nigh.

We don’t know about you, but we don’t take comfort in that. Not that we’re afraid we won’t make it to the finals this weekend (when it comes to predicting the End Times, even many Christians believe Camping’s a fucking amateur). 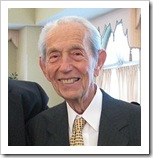 What’s a real bummer is how Camping and his fear-mongering flock are dragging so much negative energy into our collective consciousness with their gloom and doom blatherings. As if we don’t have enough to worry about these days, now we’re supposed to stress out that God’s damned the planet to crash into the sands of time? 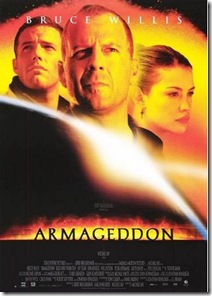 As we point out in our upcoming Abide Guide, Dudeism isn’t “all hung up on figuring out what happens in the End Times; we’re all about remembering how to live the right way in These Here Times.”And according to our laid-back ethos the right way to live in These Here Times begins with realizing you can’t worry about that end-of-the-world shit, man. Life is going to go on. Parts, anyway.

So, while Camping and the media are stoking up fears about Judgment Day this Saturday, the Church of the Latter-Day Dude encourages toking up and remembering to just take it easy this Friday, May 20, 2011 for “Can’t Worry About that Shit Day.”

And when Camping and his confused cohorts are wondering where the Jesus is on Sunday, join the rest of us in celebrating “Life Goes On Day” on May 22.

If, as we propose in our Abide Guide, the true New Age will in fact be the New Dude Age, then we’d like to say sayonara to an era run by men who cannot abide on a level field of play, who take advantage of our fears instead of soothing them, who champion anxiety and alarm instead of sweet dreams and the snooze button. And who just can not let go of

the idea that a poorly-edited novel written 2000 years ago can tell us when the world is going to end. There isn’t a literal connection.

We look forward to the end of this old world order, because the new New Dude Age will hopefully be hallmarked by a far more peaceful, easy feeling. And if any more dipshits like Camping start yelling that the end is nigh, let us all holler back "Jesus man, can you change the channel? We had a rough millennium and we hate the fucking Ezekiels!"