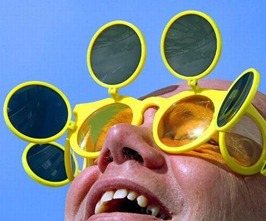 Wise and Dudely words for our time, right? Of course, the message, much like the song, has been around for a good long while. You might be familiar with it from another Coen Brothers movie, by the name of O Brother Where Art Thou. Great song isn’t it? If you’re into the whole Ol’ Timey music thing, which I very much am. But I, errr… digress, I think.

The prominent message of that great song is one of PMA, positive mental attitude. A very powerful force we have at our command that helps boost our confidence and keep our spirits up. Now I’m not here to tell you about the first part, because someone’s already done that. If you want to know what can be achieved through the confidence of PMA I’d advise you to check out Your Own Personal Genie, a great article by His Italian Dudeship, the Rev. Andrea Favro. Which just leaves us with the spirit-boosting power of PMA to mull over right now… 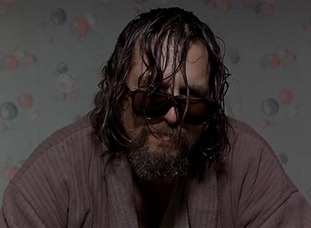 So let’s look at one of our greatest role models, The Dude. Why do you think he wearssunglasses most of the time? He even wears them indoors and at night sometimes, but for why? Because The Dude is blinded by his own positivity, that’s why. His attitude is so far on the sunny side he’s in a constant daze of life-giving star-glow all day, every day. Of course, when someone pisses on your rug it’s bound to blot out the sun a bit, but if there’s enough sunlight in your life sometimes that can overcome the dark. "Aw man, the milk’s gone bad. Oh well, at least it’s a nice day outside. Fuck it, let’s go take some deckchairs down to the beach." Gotta love the outdoor recliner, no matter what’s befouling your rug. As I always say, “When life gives you stale bread, make croutons!”

Generally speaking, sunlight has a positive effect on human beings (in moderation that is, a lesson of which I already covered here). It’s a life-giving force that brings vitamins and nutrients to us and our greens. It brings warmth to the world and light to the natural darkness of the universe. It’s the light of the moon and the stars, and that makes for a sight so awe-inspiring it captured the heart of the single-most soulful artist we all know of, 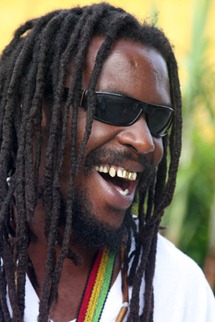 Vincent van Gough. Starry starry night, sang Don McLean in tribute, probably with a tear in his eye for ol’ Vin. Sadly, being Dutch, Van Gough probably didn’t get his own fair share of sunlight in life, which possibly lead to all sorts of depressive mind states. So it Goghs.

One of the biggest links to the state of happiness and depression of a nation is the amount of sunlight it gets. Let’s look at Jamaica, a tropical island in the Caribbean with some of the most laid-back people in the world all lounging around on it, rocking slowly between the palm trees in hammocks, lapping up the sun. They’re not an overly productive lot of people, but man are they chilled and happy. Conversely, let’s look at Finland. One of the most utopian places to live in the world, good levels of socio-economic equality, great healthcare, no real political problems, and yet… one of the highest suicide rates in the world. Sad but true. And who gets the blame? Mr Helios, the sun, that’s who. Why? Because Finland is a northern country that’s seriously lacking in sunshine (an average annual rate of 4.9 hours of sunlight per day).

The tragic state of Finland’s unhappiness is not localized and other places in the world in similar situations try to make the most of it as best they can, such as Siberia and Alaska, for example. Here in the UK there’s a strong belief in SAD, seasonal affective disorder, where people suffer from depression in the autumn and winter months when the sun likes to hide on the other side of the globe. It’s something that’s never afflicted me, but I’m not much of a sun person, being of fair skin and high in heat-generation. But that doesn’t explain why I don’t get depressed in the winter through lack of sun. I guess I’m just always on the Sunnyside, sunshine or not. I mean, most of my favorite things are indoors anyway! 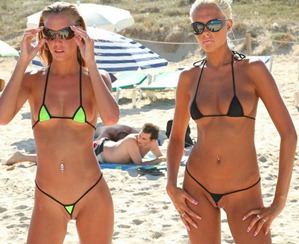 I’d say, apart from the scientific reasons the sun makes us feel better, the winter has always been painted in harsh colors. Back in the olden days, y’know, before central heating, the winter was a cruel mistress. No heat, no harvest, no horseplay of the external variety, unless you want to catch your death of a minor head cold that is. It’s only in the most recent years of humanity we’ve developed ways to combat the killer season, so I guess it’s been in our psyche since we first set out of Africa into the chilly parts of Eurasia, and deep down that’s hard to fight… unless you keep yourself on the sunny side, that is. 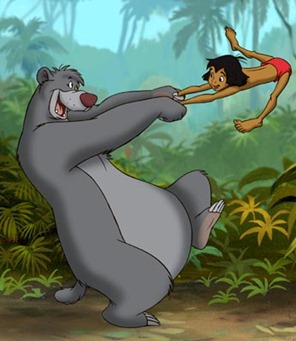 Undoubtedly the sun cheers the soul of most folks, and lack of it dampens the spirit, which is why we need to make our own sunshine, just like The Dude does, or any other true Dude, for that matter. When you’ve made your own world so bright you need to wear shades in September you’ll know you’ve hit upon the sort of self-made happiness we all strive for. Come rain or shine you can smile, smile like a man wearing sunglasses indoors at night with toilet water dripping off his face, I say!

Now, with all that in mind, is there now any doubt in your mind just what you can overcome when you’re on the sunny side? If you can smile in the winter with an icicle hanging off your nose, after the sun set three weeks ago and you can hear the timber wolves a’howlin’ just across the snowfield, you can tackle just about anything else. PMA is what keeps you going in those dark times, it’s what stops you from giving up on things, holds your head above the waters of despair. Remember, nothing is fucked here, dudes, planes don’t crash into mountains on sunny days; they land smoothly in Jamaica just in time for a beach party.

After all, don’t you know you have to accentuate the positive and eliminate the negative? If you will it, it is no dream, dude.

Now, everybody, sing along!

There’s a dark & a troubled side of life
There’s a bright, there’s a sunny side, too
Tho’ we meet with the darkness and strife
The sunny side we also may view

The storm and its fury broke today,
Crushing hopes that we cherish so dear;
Clouds and storms will, in time, pass away,
The sun again will shine bright and clear…