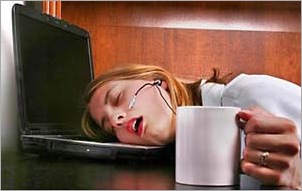 The famous dictum “sleep on it” has been afforded fresh respect by a new scientific study. Apparently, taking naps makes you smarter. Turns out, what you can’t figure out with your conscious mind is often taken care of by your brain while you nap.

Perhaps instead of just coffee breaks, companies should instutute official naptime — just like we had in Kindergarten. Somebody call Robert Fulghum and tell him there’s another one for his “Everything I need to know I learned in Kindergarten” book.

This article from the Huffington Post explains the whole shebang in detail: Napping Boosts “Sophisticated” Memory

So the next time your boss catches you “sleeping on the job” just tell him you’re hard at work figuring out really tough problems. Late for work? You weren?t sleeping in — you were getting an early start on the day’s more pressing objectives.

Seriously, the next time you’ve got a lot of work to do, do the sensible thing and make sure to sneak a little shut-eye between the brainstorming. Apparently the brain often works best when we stop busting its friggin’ aggets and just let it drive around for a while with us as the passenger.

It’s like having a little Shomer Shabbos a few times a day, every day of the week. The Dudeish day of rest? Today. Maybe even right now. Zzzzz.

Previous Post: Great Dudes in History: Mark Twain
Next Post: Sermons From the Sofa: Female Dudes and Their Discontents