by The Dudely Lama 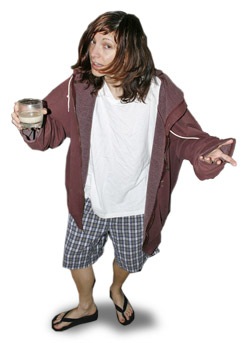 Since we launched The Dudespaper a few weeks ago, the response has been overwhelmingly far out. However, while most folks out there dig our style, it appears that a few may have been misled by a fundamental conundrum inherent in the names which we’ve chosen to self-apply.

Dude. Dudeism. Dudespaper. The very words makes some women uncomfortable. Whereas they can refer to their feminism, their womanhood, their grrrl power without batting an eye. One special lady — a professional mentor, no less — pointed out that Mother Nature would get her hemp panties in a bunch if we didn’t include some Dudeist Priestesses in our ranks and quick.

On the other hand, several excitable young deadbeats have written in asking where all the naked chicks are. Bring on the beaver pictures, they demanded. This is a paper specifically for the fellers, ain’t it?

Let’s make something plain. Understood correctly, “Dudes” do not require johnsons. What do you need that for dude? Like the word “man” itself, “dude” should not be regarded as a gender-specific term. As we indicate in Dudeism.com’s “What is Dudeism” page, according to linguists, “dudette” is no longer the preferred nomenclature for addressing a female dude. “Dude,” please. Forget the ette.

Thus, Dudeism and The Dudespaper admit only the Dude-at-heart. Whatever you’ve got in your shorts — bones, or clams or whatever (in the parlance of our times) — it don’t matter to us.

Now, we’ll admit, the Dudeist way of life looks at first glance to be more appealing to most good menfolk than it does to the special ladies: Trying to bow out of the rat race, ignoring societal pressures, spending the whole day unkempt in a bathrobe, bowling — these are not pastimes which tend to feature too prominently in modern women’s magazines. 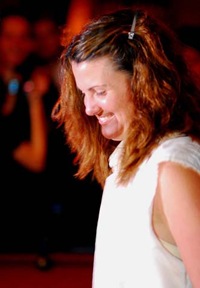 But of course, they don’t feature too prominently in any magazines. That’s because the objective of most media is to get you to feel like shit about yourself and afraid of all sorts of unimaginable calamities so that you’ll buy stuff from their advertisers to make it all better. Then again, women usually bear the brunt far worse than men do. After a ten-minute flip through Cosmopolitan in a dentist’s office, even a sixty-year old Kazakh taxi driver will start worrying that his eyebrows could benefit from a little plucking.

Which is why Dudeism must reach out to women even more than it reaches out to men — they’ve got more adversaries to contend with. To live more simply and independently is a bumpy trail to tread when all of civilization seems to be pushing you to join their cult of complexity. And if women’s magazines are anything to go by, it’s the fault of the men — almost all of the articles concern myriad ways to please the fellas.

This in mind, one of the most important things for male dudes to do is to clearly articulate to their fellow lady dudes that they don’t care about the expensive shampoos they seem prone to spend forty bucks on, or painted toenails which generally go unnoticed anyway. Forget about the fucking toes. 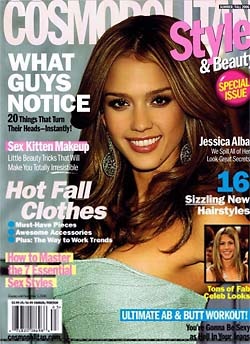 What do men care about? More than anything? That women laugh a bit more, and make them laugh too. How come you see articles in Marie Claire every month about how to have smoother skin but never one about how to deliver a punch line really well? Probably because no one has yet invented an expensive lotion that renders you hilarious.

Which raises the complementary question: what do women want from men? Outside of helping them conceive, probably not too many women nowadays want hypo-ambitious, freewheeling guys like The Dude in The Big Lebowski. This is, of course, a problem for any male dudes looking to go family-style.

Yet perhaps in the next decade, dudes will become unlikely magnets of desire just as geeks have become in this one. Sensitive dudes with a facility for creating comfort and peace of mind might soon be seen by women as incredibly alluring. After all, we’re non-aggressive; we’re not trying to prove anything; we’re not-covetous; we’re fond of laying in bathtubs with scented candles and rugs that tie the room together; and we’re certainly not afraid to nap and cuddle. Why not seduce one of us and see what happens? 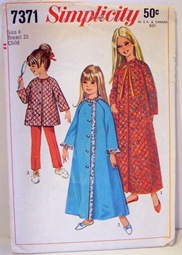 Taking this to the next logical step presents a problematic issue: Reproduction in a Dudeist world unconstrained by traditional social mores. As we all know, managing procreation is the principal reason most social mores exist in the first place.

It’s no secret that The Dude was no fan of having any rugrats interrupt his eternally undifferentiated lifestyle. It’s a modern cliche: The women want kids, the men aren’t sure — maybe someday. But women don?t have that biological luxury. Nevertheless, this is where feminism and Dudeism dovetail nicely — women are increasingly taking the issue into their own hands, as The Dude’s lover Maude does at the end of the film. Or not — they?re also increasingly choosing not to have kids. And that’s cool. That’s cool. That’s what pro-choice is all about, right?

Furthermore, perhaps a more Dudeist approach towards family might make it easier for reluctant men to play that role. Willfully take away all the consumerist crap and peer pressure and raising kids surely gets a lot easier. How to keep them (and yourself) out of the meat grinder? Home schooling is one way, choosing an alternative school is another. Moving to another country would be a drastic, but effective measure. 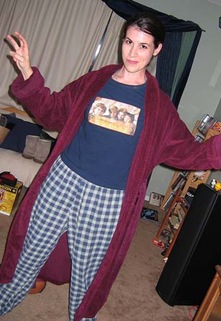 Pro-choice, in all senses of the term — that’s what Dudeism is all about. Choosing not to buy the bullshit is a choice that most Dudeists endeavor to make. And choosing to be true to oneself. But it isn’t easy, even for an experienced acolyte. To be truly pro-choice, one must often slouch resolutely against the popular current.

However, women looking to sidestep or modify the “system” must not orient themselves against menfolk in general. That was part of the problem with early feminism — it necessarily estranged the sexes. To be more effective, they must ally with like-minded guys. Male Dudeists, we propose, are just those like-minded guys. Parts, anyway.

In any event, newer forms of feminism may provide some of the answers for aspiring Dudeist women. A synthesis, not an antithesis. A literal connection. We are the walrus.

The Big Lebowski has friendship as one of its central themes because it’s easier to live an uncommon life when you’re on a team of like-minded compeers. And to succeed, we need those teams to be co-ed. Despite the hardwired differences touted by self help gurus like John Gray, our biological differences are not nearly as important or powerful as the principles we choose to believe in. To score 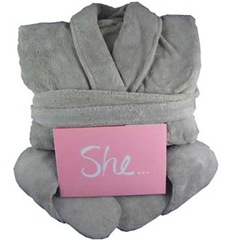 high in the tournament of life, both male and female dudes must team up in the same league and practice a lot together, and play a lot, too.

We take comfort in that, and each other.

If any of you cable guys still want to see some naked beaver pictures, enjoy.

NOTE: We need more women to contribute material for the Dudespaper, so if you’re interested in writing (Or drawing! Or singing!) anything, please send it here.