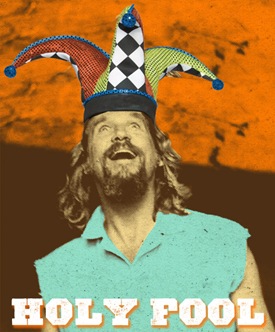 Infrequent Musings from the Arch Dudeship

"April 1. This is the day upon which we are reminded of what we are on the other three hundred and sixty-four."
— Mark Twain, Great Dude in History

Dudeism has few official holidays aside from the Day of the Dude. That’s our most high holy day celebrated on March 6 by Dudeists the world over as the day when the Dude of Film first appeared to us all in a theater near you back in ‘98.

Of course, there’s the end of the year when we wish each other a Merry Kerabotsmas to remind ourselves to pull out and stoke our yule logs while just takin’ ‘er easy in a world gone shopping. And there’s the more obscure one called “Is This A…What Day Is This?” Day, which is celebrated anywhere, anytime, and dressed like that, even on a weekday. It’s observed whenever you find yourself so deep in the flow of the moment that you lose all frame of reference of your time and place and are simply abiding.

I don’t know about you, but I take comfort in moments like that. 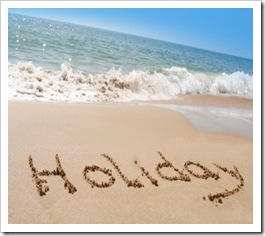 There may be other celebrations that Dudeists have concocted on their own…and that’s cool, that’s cool. We’re not a bunch of reactionaries here at the Church of the Latter-Day Dude, running around co-opting holidays from other religions and the greeting card industry and forcing them on everyone through ecclesiastical by-laws.

That sounds way too exhausting, if we understand it correctly.

But if I were to recommend a new Dudeist holiday—one that’s existed across the sands of time and yet still really ties our ethos together—it would have to be April Fools’ Day.

And, except for the St. Stupid’s Day Parade that’s celebrated by the First Church of the Last Laugh, there’s rarely any religious significance (pseudo or otherwise) attributed to April Fools’ Day.

That’s funny, really, when you consider that the day’s ancient origins, while shrouded in mystery, are mostly grounded in some kinda religious thing. Sure, some people believe that it has something to do with changing from the old Julian calendar (when the New Year began on April 1) to the Gregorian calendar in the 1500s (when the New Year began on January 1). Any nitwit who remained stuck in the past celebrating New Years on April 1 was deemed an April Fool.

According to Snopes.com, however, when it comes to the roots of the April Fools’ holiday, there are a lotta religious strands (most of them Pagan) to keep in mind: 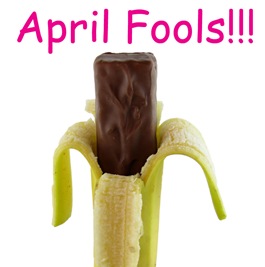 Whatever its historical origins, I think an event like April Fools’ Day has endured down through the ages because it serves some deep need in human nature to embrace the ultimate absurdity of life.

While most religions…Western ones, anyway…try to wrap up the whole durn human comedy into a neat and reassuring orthodoxy of hope, certainty, and coherence, April Fools’ Day is rooted in a more ancient, ambiguous, and earthier wisdom, one that’s arises whenever the universe unexpectedly pisses on the ecclesiastical or philosophical rug that really ties our ruminations together. One that’s there whenever the big pay off we’re hoping for gets suddenly yanked away from us at the last minute like Lucy pulling the football away before Charlie Brown can kick it.

Unlike more modern, somber theologies, a lot of the so-called “primitive” religions around the world instinctively understood this need to embrace what profound fools we mortals be as a natural part of our spirituality. 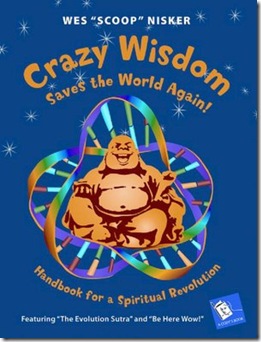 In his book The Essential Crazy Wisdom, Wes Nisker writes about the sacred clowns in Native American tribes whose purpose it was to disrupt solemn religious services with lewd and obnoxious behavior.

This sacred clowning wasn’t intended to trivialize or dismiss religious experience. It was meant to enhance it by instilling something more authentic at the heart of our religious rituals and ceremonies. It does this by puncturing holes in our high-minded, often stuffy religious ceremonies while reminding us of the animal within us and the natural world around us. As Nisker puts it: “Though officially squelched by the one on high, our wild, natural urges demand a place of honor and a means of expression. Sacred clowns make no distinction between high and low, the sacred and profane, and they won’t let us forget that we have only recently stood upright and put on these garments.”

It should be no surprise, then, that the religious ceremonies of these cultures celebrate the trickster myth, which, according to The Myth Encyclopedia, operates

“…outside the framework of right and wrong…(not recognizing) the rules of society. Their characters and actions are far from simple, however. Often childish, greedy, lustful, and even nasty, tricksters can also be friendly, helpful, clever, and wise. Sometimes they appear to be clownish, clumsy, or foolish, although they usually possess amazing powers of survival. A trickster may come to a sorry end in one story but then, after being miraculously brought back to life, reappear in other tales.” 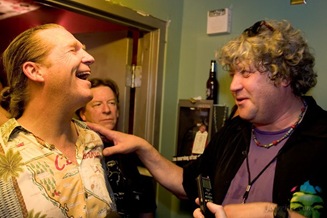 That description should be familiar to the Dudeist…parts anyway. I’m talking about the Dude here, who is a variation of what Jeff Dowd (our Dude of History) calls a holy fool, someone who “enlighten us frequently while tickling our funny bones.”

Dowd believes that the Dude and many of the characters portrayed by Great Dude in History Jeff Bridges are examples of an “everyman up against all odds ‘helping us see through the illusions of our world’…For decades, Bridges has been an ever-changing mythological all-American Holy Fool fulfilling the role for us that every culture in history has created because we need those folks around to make sense of our world and our brief time upon it.” 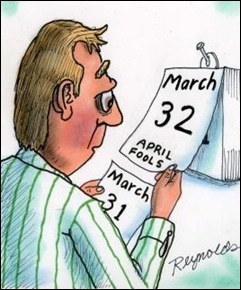 The Dude, like Bridges and all the rest of us, finds himself caught up in an unraveling existential prank, one that’s sometimes comical, sometimes tragic…and one where nothing is really all wrapped up in the end and where all his troubles are hardly over.

And yet, somehow, the Dude along with all the sacred clowns, tricksters, holy fools, and all of humanity…through it all, somehow he manages to find a way to abide.

I don’t know about you, but as someone who frequently finds himself the punch line of a long, elaborate cosmic joke that I never quite understand, I take comfort in that.

And on April Fools’ Day…well, that’s just a nice reminder that I’m not alone in that.

Previous Post: Living on Our Allowance
Next Post: For the Record: Review of a Coen Brothers Musical