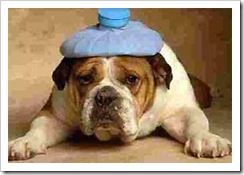 It?s quiet here at St. Da Fino’s (a lot of my Brother Shamuses and Special Ladies are still sleeping off the many cups, and bottles, and kegs of kindness we shared for auld lang syne). It was quite a New Year’s service, involving some burgers, some laughs, chasing a marmot around for some reason, and the arrival of some real reactionary cops at the monastery somewhere around 3 a.m.

I’ll tell you the truth, Dudes, I don’t remember most of it. The Arch Dudeship is still feeling some minor aftershocks, though. But you know me — I can’t complain. 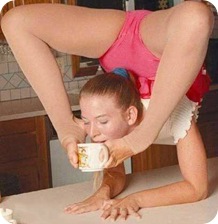 Well, as I sit here enjoying my coffee (and wondering why there’s a woman wearing a John McCain mask passed out on the floor of my bungalow), I find myself thinking about how the sands of time have run out on 2008 while the whole durn human comedy flips around yet again to begin another New Year.

It’s about this time of year, in fact, when everyone’s particularly aware of time slippin’ slippin’ slippin’ into the future (in the parlance of the Steve Miller Band). Everyone, that is, who’s into the whole time-space continuum thing, anyway.

Most of us are, of course. Unlike Billy Pilgrim in Vonnegut’s classic novel, we’re all stuck in time to some extent, feeling pinched between what’s receding behind us and what’s yet to come. Even 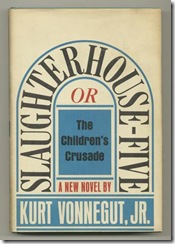 Dudeists, who typically lose track of what day it is, can get hung up around this time of year looking back on the previous year’s ups and downs and ins and outs, while peeking over our sunglasses into an unknowable, uncertain future.

And that’s cool, that’s cool. We can’t all be traveling on the same timeless plane as the Dude, after all — although some of us are hanging out in the boarding lounge waiting for our connecting flight.

It may seem to run counter to the tenets of Dudeism, but awareness of time isn’t necessarily a negative thing. As a wiser fella than myself once said, "Time is nature’s way to keep everything from happening at once." I don’t know about you, but I take comfort in that. It’s challenging enough to deal with all the things that do happen when they happen.

It’s just that when it comes to time, too many folks miss what’s happening right here and now because they’re lost in these mental abstractions — yearning for or fretting about a past that’s gone; worrying about or looking forward to a future that doesn’t exist.

Then there’s the whole "time is money" thing, where people enter a world of "busy-ness", working frantically to 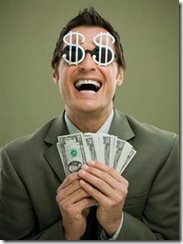 transform one abstract concept (time) into another (money). As Lisa Belkin notes in the New York Times:

The average professional workweek has expanded steadily over the last 10 years, according to the Center for Work Life Policy, and logging 70-plus hours is now the norm at the top. And there are those of us who work even when we are at home, driving or worse. A poll conducted for Staples found that almost half of the small-business managers in the United States work during time meant for family, while 49 percent make business calls and check e-mail messages while behind the wheel; 18 percent read e-mail messages in the bathroom.

Maybe I’m old fashioned, Dudes, but I think we can do (or doo doo) without the Twitter in the shitter, man.

But there’s a real anxiety among many people when it comes to wasting time — even downright contempt for it, like Woo’s dismissal of the Dude as a "Fuckin’ time waste." There’s no doubt that the Dude is a lazy man — he’s in the runnin’ for laziest worldwide, in fact. Spending his time lying around listening to tapes of whale songs and bowling tournaments, grooving to Creedence and Capt. Beefheart.

The square world may see that as wasting time. We Dudeists, however, well, we see it as savoring time.

There may be practical reasons for our lackadaisical lifestyle — as Belkin says in her Times column, "What looks like wasting time from where you sit, could be a whirl of creative thought from where I sit"; but, really, there doesn’t have to be any reason for our laziness other than to simply savor the experience William Blake once described: 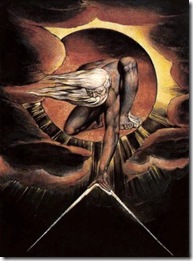 To see a world in a grain of sand,
And heaven in a wild flower,
Hold infinity in the palm of your hand,
And eternity in an hour.

I’ve mentioned the obvious ones from the movie already, so here?s my list of some more Dudeist "Time Savors" that I imagine The Dude would dig as he abides. What are some of your suggestions?

Secret Worlds: The Universe Within: This brief journey from the far out reaches of the universe to the near nothingness of subatomic particles (set to a purt good techno groove) just about wraps the cosmos all up. You won’t see no queen in her damn undies, though. 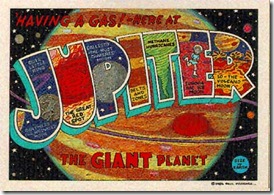 Sounds of Jupiter: I suspect the Dude would enjoy lying back on his rug, firing up a J and spacing out to this ten-minute jam session that Voyager recorded as it passed Jupiter. Incidentally, it was recorded at just about the time of our first conflict with Sad’m and the Eye-rackies.

Parallel Grooves: Is this some kind of Eastern thing? Well, Dudes, we just don’t know.

Surfer Dude’s Beautiful New Theory of Everything (TOE): If you want a TOE, physicist and Dudeist compeer Garrett Lisi can get you a TOE, believe me. When he’s not trying to develop a theory unifying quantum physics with general relativity, however, Lisi spends much of his time surfing and hanging out with his Special Lady in Maui. If you’re not into the whole physics thing, you can at least dig his beautiful 8-dimensiona 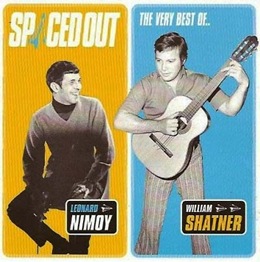 l model before fast forwarding to minute 16:43 where Lisi extols the virtues of his Dudeist philosophy. Fabulous stuff, man.

With the New Year now underway, we have lots of time to start wasting, or savoring, depending on how you look at. As William Shatner reminds us, Dudes, over the next year we have to be sure to take time to live life. Because for each of us somewhere along the space-time continuum, that option isn’t always going to be there.