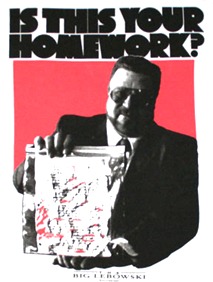 New Shit Has Come to Light at Dude University

Also, Dude University will expand soon into a full-fledged (well, maybe half-fledged, or quarter-fledged) University, bestowing free degrees in Dudeism, Leisure Studies, Metaphysics and more. With no tuition or fees, you can afford to remain a student all your life! We plan to rename it “Abide University” so that people will take your degree more seriously, dude. 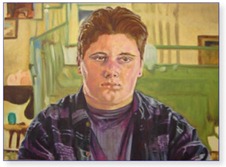 Ok then. What say you? Any ideas or input as to how the University should be run? Stuff you’d like to see? Features? Online Beer Pong? Varsity Bowling Teams? Let us know below in the comments section or email us.

Anyway, here are some recent dissertations/theses/ramblings from our Dude University faculty. This shit will blow your mind, man. Fabulous, far out stuff. Enjoy! 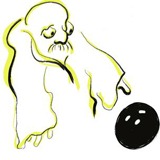 A few years ago this Zen master and best pal of Jeff Bridges started a blog with other members of his Zen Peacemakers association. It was an examination of The Big Lebowski and Life (that’s redundant, right?) in a Zen context, using the technique of “koans” or subtle parables that reveal insight into the human condition.

For some reason or another, the blog went offline a while back, but just as we did with Lisa Donald’s excellent Dudeist Feminist theory, we’ve brought it back from the dead. It’s full of genuine inspiration and priceless insight from one of the great living American Zen Masters. You can read more about the Zen Peacemakers in this series of articles by Rev. GMS. What’s that sound? It’s the sound of one hand clapping. Lots of them. 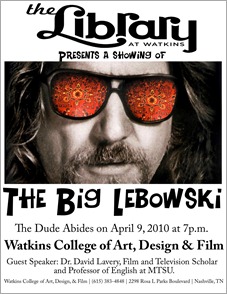 "Secret shit": the uncertainty principle, lying, deviations, and the movie creativity of the Coen Brothers
By David Lavery

The man for his time and place, David Lavery is one of the coolest academics in town because he focuses his giant brain on not old dead guys but current pop culture. He should be awarded a fellowship from the Lords of Television for all he’s done for them.

Professor Lavery is clearly a fan of the Coen Brothers as well, and this article helps advance the point that the Coen Brothers movies provide an endless source of intellectual speculation. By covering many of the Coen’s works he helps show that it’s not only The Big Lebowski that has no bottom, but the Coens themselves. How do they sit down? 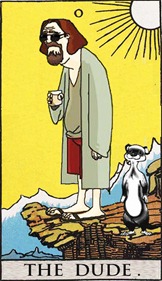 This Icelandic scholar has taken deep philosophizing to new heights. First putting the the movie in philosophical context, he moves on to something we never thought of before – using the Tarot as a frame of reference to explain the characters in The Big Lebowski. Way to go Davey! Surely it’s time for someone to design a Lebowski tarot deck, no fooling.

There’s more great stuff over at the DU, so if you’re looking to keep your mind limber, it’s the place for its man and time.

Also, if you want to contribute something please call our answering machine. Takes a minute. Thankee!