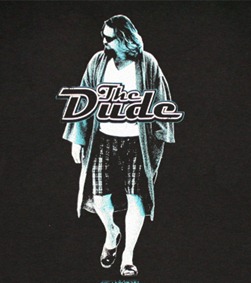 Life is often described as a road, from birth to death, though some of us take a different approach to the travel. In my mind, life is indeed a road, but it’s not a thoroughfare – that is, it can be made up of several roads with forks and turns and all that.

We each chose which path to take and plot our own route. Some folks are happy to travel down a few major boulevards and highways, straight and busy kind of things–the sort where you often get caught behind and fall in with marching Roman legions, or a tractor (depending on where/when you live). Others like to take, what is called, the scenic route, a road of freedom and in-dude-viduality. We might call this the high road, though not in the common sense of the word “high.” 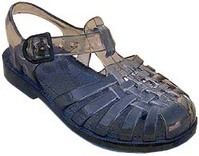 Now, being a life-long pedestrian I’ve always believed in taking a wander and a ramble once in a while. You’ll never know what you might find if you take a break from the usual.

It’s been proven that varying a commonly taken route, such as your daily walk into work, can help to stimulate the brain, fire it up rather than keep it on ice. This is a brilliant metaphor for life, don’t you think? Sometimes you just need to make a change, go off-road and down a little track or a by-way. Sometimes you end up in a cul-de-sac and have to backtrack a bit, but hey, those little dead-end roads are usually nice little communities away from the traffic and the hum-drum. Hmm, but I’m just ramblin’, got my mind all like my feet there. 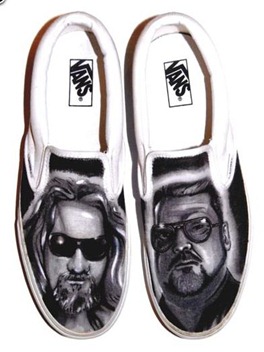 We all have our favorite routes, be they the fastest or the most scenic, and we all long to find new pathways, don’t we? So, why not apply this to life? Shake things up a bit once in a while. Sure, we all like to go the way we know best, but it stagnates the brain. Start to ramble in life and try something new once in a while to spice up your day-to-day and stimulate the soul.

In life, no one has any kind of GPS. Global Positioning for the Soul. Unheard of. Although, it is what religions generally try to impart, with their holy texts, and mythology, and codes of practice and clergy, and whathaveyou. Dudeism takes a more relaxed attitude to life’s roads. We don’t try and steer you down any one in particular, we just encourage you not to run as you go or worry about what the road signs say. At the end of our road isn’t necessarily heaven, hell or nirvana; it’s happiness, and there’s no one way to get there. In fact, it’s a different road for each one of us, that’s the great thing about the diversity in our community, and the richness that brings to us all.

One of the greatest examples of a Dude on a spiritual ramble would of course be Jack Kerouac, the inspiration for this here article’s title. The man got on the road, then spent a lot of time wandering off it again, taking in the sights of the world around him and discovering new little nooks and crannies in himself. It’s the sense of adventure and discovery that’s so powerful to men like Kerouac, finding something you didn’t know existed by going somewhere you’ve never been. Harkens back to the old days of wandering pilgrims or train-hopping hobos, something that seems to have been lost in the modern age of cars and planes. But, y’know, maybe we can get that back, even if we’re only taking a pilgrimage to the next town, it’s still got the same impact, just without taking up too much of your Lay-Z-boy leisure time. 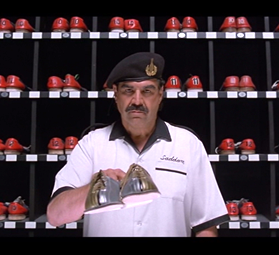 Sometimes, if you’re not happy, the best way to change that is make a sudden left, swap roads and start walking in a different direction. Just change something, man, a change is, as they say, as good as a rest, and man, do we love to rest. What is this day of rest shit? How about a day of change once in a while? Go to a different supermarket to buy your food, try a new bar or pub, travel to a nearby town you’ve never been to, try listing to a new radio station. Sometimes you can find something great right out of the blue, at random, that’s life changing. And, y’know, most of the time, you don’t, but it’s like playing the lottery, there’s a little buzz you get from just doing it. It’s just like going on holiday, but on a small scale. A holiday from the mundane, a vacation to the interesting. 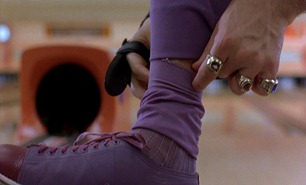 Now, I’m not suggesting we do anything drastic like upping sticks and going to live in another country one day, or having a sex-change to see what it would be like, but you know where I’m going, right? If you want to change roads you take it nice and gentle, you don’t just suddenly turn and run across four lanes of traffic, right? Well, that’s a personal preference man, I just hope you’ve got good healthcare. There’s a lot to be said for patience and taking your time with all things, and as Dudeists we take all this change stuff to a fine art of "yeah, man, I’ll get there in a minute". Some of us have developed a snooze alarm for life, lucky pendejos. 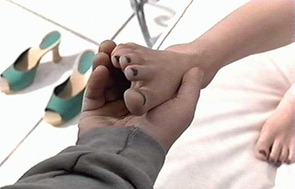 So, I tell you here and now, I’m gonna start taking this advice myself (as I always seem to do after finishing my articles, it’s a good way to get my brain working!), take a few more adventures in my slow, comfortable walk through life. And hey, if it doesn’t work out, I buy myself something with rust coloration and lock on the cruise control. As good as it is to get off the road sometimes, it’s just as good to get back on it. On and off man, like stepping back and forth over the lines of the yin-yang. It’s your roll, man, which lane are you gonna step up to and roll down?